Despite many obstacles, Vancouver is inching towards getting a permanent all-ages concert venue. After three years of work, the Safe Amplification Site Society, or Safe Amp, Vancouver's all-ages advocacy group, may finally have a space. They are hoping to move into Commercial Drive's Astorino's building along with other non-profits next month. 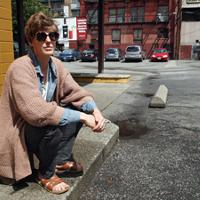 To date, the organization has been unable to secure a permanent set up, and it's not the only one. Time and time again, all-ages spaces have been shut down or forced out in the city for breaking codes, violating liquor laws or not being able to pay the bills. Why such a plight for the under-19 crowd? Here are five reasons the kids are staying at home in Vancouver.

By now, perhaps a tired discussion. But if the Rio Theatre is any example, navigating B.C.'s liquors laws is a minefield in licensing. They managed to have the law amended, but were nearly barred from screening movies and having a special events license for alcohol.

Restaurants are especially vulnerable to liquor board enforcement. Hoko's was a sushi restaurant on Powell Street that began hosting all-ages concerts, but the venue eventually shut down when it was unable to pay a fine for violating B.C. liquor board regulations. Regulators cracked down when they found people were dancing at the restaurant, but that wasn't the only worry. The most significant infraction they found was that the restaurant was "operating contrary to their license" by operating as a community and concert space rather than primarily as a sit-down restaurant.

"There are a lot of regulations that seem to contradict each other. The laws themselves are difficult to find, and sometimes they don't exist. Regulations are enforced based on the precedents of other inspectors," says Safe Amp's Ryan McCormick. The city has made efforts to reform the maze of policies in place, but restrictions have still lead to venue closures. Red Gate had to shut down last year, unable to pay for city required upgrades to the space. And Little Mountain Gallery will no longer be holding concerts due to sound complaints.

3. The rent is too darn high

In most cases it's not government that prevents a space from operating, but the costs (contrary to Notorious B.I.G.'s sage words... less money, mo' problems). The Commodore occasionally holds shows for the under-19 set, but always with the stipulation that performers would play another show scheduled later that evening, where alcohol would be served. Ultimately booze pays the bills, and some venues have gone so far as to charge bands extra for using their space if their bar does not make enough money. The few legal all-ages spaces that exist -- aside from stadium arenas or halls that often must be rented for thousands of dollars in a night -- usually can't afford to maintain City standards, and those that do are small.

Will Anderson is a musician and activist with the band Weed. If you are unfamiliar with their lo-fi sound, that's because not only do they have a band name that is impossible to search on the Internet, they are one of the few bands in Vancouver that plays exclusively all-ages shows. Anderson has started hosting all-ages shows at Lucky's Comics, but the concerts are a secondary business and the space is small -- Lucky's accommodates about 20 people at a single show.

"I think all of my favorite all-ages spaces in Vancouver double as some other kind of business," he said. "Antisocial Skate Shop comes to mind, or Dynamo and 151 W. Hastings, both of which were art studios and got shut down because, I believe, the buildings were sold and are on course to be torn down. Red Gate was similar, but it was a little before my time. The Lion's Den is another amazing studio space that is still around, although the shows are few and far between."

The Vera Project in Seattle is an initiative to create all-ages concerts in the city. Under the looming Space Needle (or the American CN tower), they are able to operate a non-profit community centre where they hold affordable concerts and gallery shows. The space is alcohol-free. Their budget is comprised of a combination of grants, donor support and city, county and state funding. Around 12 per cent of their operating budget comes from various government sources, according to Dustin Fujikawa, the participation coordinator for the space. Safe Amp in Vancouver is also a non-profit, but unlike the Vera Project they subsist on fundraising profits and occasional grants. In the past the Vera project has received around $90,000 a year in public funding, but federal cuts reduced that number to closer to $70,000 in the last year.

Some federal public funding for concert space in Vancouver comes by way of the CBC building at 700 Hamilton, which holds its own concerts and allows non-profits to use its studio for free five days a month.

The Vera Project started in 2001 as a response to Seattle's "teen dance ordinance," a bylaw code that made it nearly impossible to hold concerts for the over and under 21 in the same space. Comparisons to the movie Footloose and declarations of public outrage followed. Eventually public pressure led city councillors to amend the bylaws and create an all-ages ordinance that was more lenient. Fujikawa acknowledged that part of the reason for the upset may have been the older drinking age, but it remains unclear to Fujikawa why Vancouver has no Vera.

As he put it, "The disconnect of living alone and being a legal adult yet not being able to go to a concert certainly heightens the ridiculousness."