Take your sweet and sour pork and shove it! 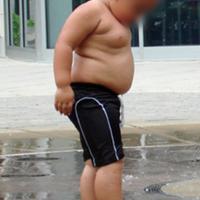 Obesity in Asia: American Fast Food Is Fare for the Rich

I mean that. Get it off the table and away from view. I don't want to see it.

Chop suey? Not unless I'm at a mall food court. Take that away too. Throw it in the bin with the eggrolls. And don't get me started on fortune cookies...

These are foods many people associate with Chinese cuisine, and that's a shame. China offers a larger bounty than what's often displayed in Western Chinese restaurants, but you can still find some of the more delectable treats by doing some research and being a little brave when ordering.

During the more than three years I spent in mainland China, one of the most common questions people back home would ask was "How's the food?" After about six months into my stint I came to the conclusion that whatever is ordered will be delicious, so I learned to sit back and go with the flow. I was rarely disappointed.

In that spirit, here are some Chinese dishes you may not have heard of but should go out of your way to try.

The name of this dish translated is rather simple; it means "long beans." An amazing combination of chopped up long beans cooked in sesame oil with garlic, soy sauce, ground pork or cut-up bacon and some chilli peppers creates this salty-garlic sensation. Long beans are a kind of green bean popular in Asia that essentially tastes like green beans, but are about two feet long. If you're cooking at home and can't find the long beans (easily bought at any Asian market), regular green beans are decent substitutes. In China, this dish is as common as french fries and it goes with anything. In a nice fusion of Chinese and western food, I often make it at home and pair it with steak. Or at least I would if my building allowed me to have a barbecue on which to cook a steak.

If you're repressed by similar strata tyranny, try it with sausage or roast beef.

From China's far western Xinjiang Province, an area inhabited by Muslims, this meaty dish is pronounced "chew-on" by those with more refined accents in China. But those of us familiar with the Beijing accent will refer to it as "CHEW ARRRR!" Saying this word without deliberately making your voice gravely could get you kicked out of China. Another simple and delicious treat, it is basically just an all-meat shish kebab. The best one is lamb chuan'r, which is just lamb on a skewer cooked with salt, chili powder and cumin dashed onto it. The trick in Beijing seems to be in using a hair dryer or fan to super heat the coals while cooking it. In any city you visit in the Middle Kingdom, these little stands will jut out from buildings consisting of only a barbecue coal pit about three feet long by eight inches wide.

Often in Beijing you'd wind down a night out at 4 a.m. drinking a cheap Chinese beer and a handful of lamb chuan'r skewers. There's usually a drunken street fight to watch at this time as well, which makes eating meat on a stick seem all the manlier. This dish seems to be showing up around Vancouver more often; the Richmond and Chinatown night markets are a good place to try it out.

What's this, you ask? Well, it's ribs. The kind of ribs you make at home, buy in a pub or eat at your parents' house. I first discovered these when I had a friend over on a cold day. She was Chinese Canadian and since neither of us felt like going out and she spoke perfect Chinese, we randomly called a restaurant to order in lunch and these little beauties arrived. They are clearly boiled then broiled in a sweet and sour sauce and taste exactly like what you would find at any rib joint.

My friend, a Beijing D.J. called Jonny Hutong (A.K.A. Jonny Vancouver) and I used to make a point of going to this place for "ribs" until it was shut down when it came to light they were serving pork as lamb. That didn't go over well with the mosque down the street, whose congregation had frequented the place. But the sticky, gooey and delicious mess is available all over China and a great meal if you're feeling homesick. If you can find it at a place that also sells something called man-tou, you've basically got garlic bread and ribs, and sometimes that's all you want.

After having this, you'll never want chow mein again. Nice thick noodles in a funky-looking black soy bean sauce that melts on your tongue. Eating jia zhan mian also comes with a nice ritual beforehand. The noodles should come in a bowl completely bare. The sauce should be in a bowl next to them along with other small bowls containing bean sprouts and cucumber sliced lengthwise. Then you take all the condiments and dump them on the noodles and mix them together, which adds an "Oh man I can't wait to shove this Asian tapestry of flavours down my chuan'r hole" moment to your dining experience.

Another neat part about this dish (and indeed many noodle dishes in China) is the noodles are served lukewarm in the winter and cold in summer. Sound gross? It isn't. In fact, it makes the taste of the sauce stand out. You can try this delight at Peaceful Restaurant on Cambie. It's the best I've had in Vancouver.

This name translates to "pineapple rice" and it is something of a miracle as far as I'm concerned. Some could argue it's a Thai dish, but it also comes from Yunnan, a part of China that nears the border of Thailand. So I don't think we can really judge. It's purple rice baked and served in a hollowed out pineapple and -- the coolest part -- a few jasmine flower bulbs are tossed in for good measure. Sweet and savoury with a hyper hit of jasmine every few chomps. And, when you're done, you get to eat the pineapple. The colourful appearance of the purple rice next to the golden pineapple make it so aesthetically pleasing. The first time I tried this I finished an entire pineapple, as my dinner companions looked on in sheer terror. It is supposed to be a side dish, but I like it as a main course and dessert. It's even better with a Don Ho record. If you're lucky enough to find a Yunnan place in Vancouver it'll be on the menu; if not, most Thai places should have something similar.

So, there you are. Five dishes you must try next time you go out for Chinese food. Venture away from the sweet and sour pork, lemon chicken and kung pao chicken and your taste buds will be rewarded for your efforts.