It was 39 minutes into the B.C. leaders’ election debate Tuesday night before Indigenous peoples were mentioned.

A sad reflection on the importance of Indigenous peoples in this province, though admittedly when the leaders got to the relevant questions, they were able to debate key issues. The debate was very revealing on the positions of the parties.

The problem is that the NDP government has not implemented the legislation and disappointed many Indigenous peoples with its lack of action.

This past legislative session saw the government trying to amend the Clean Energy Act (Bill 17), the Mental Health Act (Bill 22) and the Mines Act without adequate consultation with First Nations, let alone obtaining their free, prior and informed consent. These bills would have lasting impacts on First Nations.

The Clean Energy Act amendments would allow B.C. to buy as much power as it wants from Alberta and the United States, and not let First Nations develop power that they want to.

The Mental Health Act would allow the Ministry of Health to keep a youth in an institution for seven days after an overdose. Many First Nations opposed this, as it’s the wrong way to deal with such situations.

The Mines Act did not address all the needed changes First Nations had asked for to ensure their rights were protected and higher environmental standards are achieved.

Those laws weren’t passed as both the Liberals and Greens opposed them, in part because of the failure to work with First Nations.

During the debate, Furstenau accused Horgan’s government of not applying the lens of DRIPA and said it didn’t work with First Nations as equals in government-to-government relationships. Horgan denied this and said his government was working with the First Nations Leadership Council and “other groups” on a work plan to implement DRIPA. (The legislation requires a Joint Action Plan for implementation.)

Horgan implied that until the work plan was complete, they wouldn’t be able to implement DRIPA. The act does not say this explicitly, and it would have shown good faith if the B.C. government had actually begun the implementation of its new law.

We’ve also seen unwillingness from Horgan’s government during the pandemic to work with First Nations to meet their concerns before reopening the province under Stage 3.

In June, the Nuu-chah-nulth, Heiltsuk and Tsilhqot’in asked for four conditions to be met before the province reopened, but Horgan did not even meet with us to consider these requirements.

In fact, the three Nations have had to bring an application to the Office of the Information and Privacy Commissioner to get information on locations of nearby COVID-19 cases so that we can make good governmental decisions based on this information.

While Horgan has talked a good talk, he has not put that talk into action, and paternalism reeks in his methods still.

For any party campaigning in this election, details on their action plans for implementing the Declaration on the Rights of Indigenous Peoples Act must be clearly outlined in their platforms.

The act also includes language about joint decision-making. In my work with the joint working group on First Nations’ heritage conservation, we are told government has given its representatives no mandate to negotiate joint decision-making, and even though we are working on amendments to the Heritage Conservation Act, we are not allowed to look at changing it to be in line with UNDRIP.

I am told other First Nations are having the same issues.

Shared decision-making would also be the answer in managing old-growth forests. There is a huge problem of the amount of old growth that is being taken from First Nations territories, and in particular by the government’s own body, BC Timber Sales.

UNDRIP requires the free, prior and informed consent of First Nations before development happens in their territories, and the NDP must figure if they can delay the implementation, they can do what they want in the forests.

On an economic front, in the 2017 election campaign Horgan and fellow NDP MLA Claire Trevena fully supported the return of rail to Vancouver Island. The Island Corridor Foundation owns the rail on the island and has been trying valiantly over the past years to get it running. The foundation is equally owned by First Nations and regional districts and is a unique model. I’m on the board of ICF and have been involved in this project for over 16 years.

Once the New Democrats were elected, they did not support rail service and have done everything they could to delay it by asking for more studies and waiting for the South Island Transportation Strategy, which only mentions rail in passing.

Vancouver Island needs to get more cars and trucks off the highways and reduce greenhouse gases. Restoring and reopening the rail line is a shovel-ready project that would use all local materials and employ people.

The NDP supported the Broadway subway line in Vancouver at $496 million per kilometre yet can’t support Island rail for around $400 million for the whole system. Island rail must be an election issue.

What really shone a light on the candidates was the question about white privilege and racism and how they personally have dealt with it. The Greens’ Furstenau had the best answer by far. You could tell she had been listening to Indigenous peoples and our struggles with systemic racism and how so much more had to be done.

Horgan said he played lacrosse with First Nations friends growing up and that he didn’t see colour. His one solution was that we just needed to share our stories. He later apologized and tried to explain his comment, but I believe his first answer was what he really thought. He didn’t address white privilege at all. If Horgan doesn’t understand systemic racism and white privilege, how can he lead to eradicate it from our systems?

The BC Liberals’ Andrew Wilkinson talked about his experiences working in Indigenous communities. Yes, that is important, but the question was about how he reckoned with racism and white privilege in his life. We never really heard an answer. 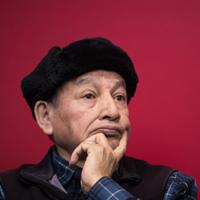 One thing for sure is that none of the candidates really know what it is like to live with racism every day, and the frustration and futility of trying to change colonial systems of government.

There are so many issues that First Nations need addressed in this election from systemic racism, children in care, housing, homelessness, justice, COVID-19 issues and decision-making.

Election times are about getting a person you want elected to lead the province. It’s important to look closely at all that they are doing and not doing. Indigenous peoples in this province are very important, and our issues are your issues. When First Nations communities are benefiting, everyone benefits.

Everyone needs to take reconciliation seriously and ensure the government will do everything its candidates promised. Think of real action on reconciliation when you cast your ballot.

We are living in critical times and need to ensure the government can respond effectively and make our issues a priority.