The British Columbia government is taking a pause and promising to consult more on controversial legislation that would allow for youth who’ve overdosed to be detained in treatment facilities for up to seven days against their will.

But people advocating for drug users, youth and First Nations say that Bill 22, which would amend the Mental Health Act, was ill-considered and should be scrapped entirely.

Minister of Mental Health and Addictions Judy Darcy said the government won’t complete debate of Bill 22 and pass it into law before the end of the summer sitting of the legislature. The sitting is scheduled to continue until Aug. 13 with a one-week break at the start of August.

“We’re running out of time,” Darcy said. “We’ve decided we’re going to take the time that we need to really engage with people with a wide variety of views on this issue, so that when we do move forward, we have heard from everybody that we need to hear from on this issue.”

When the government introduced the bill on June 23, it said it was based on advice from experts at the BC Children’s Hospital as well as advocates for children and youth.

If passed, they would allow a hospital to admit a youth who has overdosed for 48 hours of “stabilization care” or up to seven days if it took longer for their decision-making capacity to return, time during which they could be connected to voluntary care.

“This is a challenging issue,” Darcy said. “This is about medical stabilization and then providing voluntary services over a period of a number of days to help that young person stabilize their life, start to deal with their addiction and have a clear care plan when they’re released from hospital.”

The government’s goal is to protect vulnerable youth who are overdosing and dying, as well as building a better system for voluntary treatment, she said.

The bill has been widely criticized since the government introduced it, and opponents say taking a pause isn’t enough.

Kukpi7 Judy Wilson, the secretary-treasurer for the Union of B.C. Indian Chiefs, said the government needs to withdraw Bill 22. “We need a full stop to the amendments,” she said. “There are no amendments that would make this bill salvageable.”

Youth who have overdosed need wrap-around services, not to be cut off from their family and community, Wilson said. “It isn’t reform, it’s a step backward.”

It’s clear from the opposition to the bill that the consultation ahead of its introduction was inadequate, she said. “It did not involve all the right people that should have been involved,” she said. “It was a token process. It wasn’t meaningful in any way.”

Hawkfeather Peterson from the BC/Yukon Association of Drug War Survivors sits on a committee that provides advice to the BC Children’s Hospital and BC Women’s Hospital on overdose prevention, but says the committee wasn’t consulted on the legislation.

“When we’re told that experts at BC Children’s were consulted, I don’t feel like they even did the bare minimum of effort,” Peterson said. “When I’m seeing the government backsliding into discriminatory policies such as this, it really feels like all the hard work we’ve done to affirm ourselves has been completely negated. When policies completely dehumanize marginalized populations, it makes a statement.”

The government should have known there would be strong opposition to the legislation, she said. “It’s not a new dialogue, it’s a dialogue that resurfaces periodically. I was hopeful that with this government it wouldn’t, but they’ve proved disappointing.”

Youth use drugs for all kinds of reasons, including to stay alive, said Kali Sedgemore, a member of the 'Namgis First Nation and an overdose prevention site youth peer and outreach worker. “We need to recognize that and honour that,” they said. “We think we know better than them, and we don’t.... Youth use drugs and we need to work with them, not for them or against them.”

The consultation should have included youth, Sedgemore said. “They’re the real experts, the ones that have experienced it, or they’re the ones that are going to experience it, so it’s better if they are the ones consulted instead of just connecting with people who are part of the health authority or something like that.... They’re experts in a certain way, but not in the right way.”

Jennifer Charlesworth, the province’s representative for children and youth, said drug use among young people is frequently a response to trauma and that addressing it requires making sure individuals retain a sense of control and agency.

The chief coroner with the BC Coroners Service, Lisa Lapointe, has also expressed concern about the bill, saying that without the availability of accessible, culturally safe, evidence-based treatment services there was potential for serious unintended consequences including an increase in deaths.

The proposed amendments had the potential to increase fear and stigma and to discourage people from seeking help, she said. 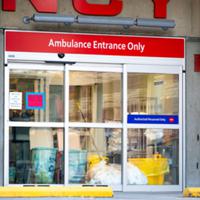 Minister Darcy said there were conversations with stakeholders over several months ahead of the bill’s introduction and they continued after it was introduced. There were Indigenous youth involved in the pilot project, she said, the ministry struck an Indigenous expert panel that includes people with lived experience, and it speaks every day with people with lived experience.

“We have a wide variety of people who have very widely differing views on this issue, from parents who’ve lost kids to overdose who very much support the direction of the bill, to people who don’t believe we should ever use the Mental Health Act and a wide diversity of opinions in between,” she said.

The government’s bill was one piece of its strategy, one it knew would be challenging, and it is continuing the work of improving the voluntary treatment system while it further engages with people on the bill, she said.

“We’re going to continue to reach out, we’re going to have a lot more discussion with people on all sides of this issue, and then we’ll decide the steps forward at that time.”