There was a celebratory atmosphere at the British Columbia legislature today as the government moved to recognize Indigenous rights, though several speakers cautioned it was one step in a long ongoing process.

“It’s about ensuring that fundamental human rights in this province are for everyone,” Premier John Horgan told reporters. “This is a stepping stone to a brighter future… This is not an event, it’s not a moment, this is the start of a process to build relationships that we all want to see.”

The legislation the government introduced today will make B.C. the first province to recognize the 46 articles of the United Nations Declaration on the Rights of Indigenous Peoples in provincial laws.

Minister of Indigenous Relations and Reconciliation Scott Fraser introduced the bill, saying it was part of the government’s commitment to advancing reconciliation with Indigenous peoples.

“It is a commitment to respect, promote and advance the rights of Indigenous peoples,” Fraser said. “Indigenous peoples have suffered historic injustices as a result of colonization and dispossession of their lands, their territories and their resources. Meaningful reconciliation calls upon all of us to act to address these wrongs so that we can build a brighter, more inclusive and equitable future for everyone.”

Many Indigenous leaders were present in the legislature and four gave speeches from the floor of the house, including Grand Chief Edward John from the First Nations Summit and Grand Chief Stewart Phillip, president of the Union of BC Indian Chiefs.

Cheryl Casimer, an executive on the First Nations Summit and a citizen of the Ktunaxa Nation described a relationship with the Crown “that has been mired in racism, denial and, therefore, conflict and adversity.”

“The provincial government has a long history of denying the very existence of Indigenous peoples of this land and of our rights,” she said. “This denial is reflected and deeply embedded in laws enacted by the government and the corresponding policies and practices in its daily business of the province. As a result, our relationship has developed primarily in the courts, where First Nations have sought to be recognized and to protect their rights by challenging these denial-based laws and policies.”

“The province of British Columbia is working with us in turning the page of our collective history and embarking down a new era and a path for building a respectful and modern government-to-government relationship, a relationship built on recognition, respect, co-operation and partnership.”

Terry Teegee, regional chief with the BC Assembly of First Nations and a member of the Takla Lake First Nation, addressed concerns that Article 32 of UNDRIP gave First Nations veto power over development. The article requires “free and informed consent” from Indigenous peoples “prior to the approval of any project affecting their lands or territories and other resources.”

“Some people will oppose this law because of their fears of what an era of mutual consent means,” he said. “There is fear in the idea of sharing power and jurisdiction. I want to say strongly and clearly here that this declaration law is not about providing any government with veto rights.”

“Consent” is about agreement, Teegee said.

“Consent is about sharing and respecting our laws as equals and as partners,” he said. “Consent is the trend of our court cases. Consent is the future, and most simply put, it’s about coming together as governments, as people seeking to find common ground.”

The leader of the BC Liberal Official Opposition, Andrew Wilkinson, said work to close the gap between Indigenous and non-Indigenous peoples in education, employment and health has been going on for more than 20 years.

“We are all committed to working together towards true reconciliation for all Indigenous peoples in every part of this great province,” he said.

Wilkinson talked about the need for partnerships, including revenue-sharing.

“This process of change, reconciliation and a modern approach to engaging with Indigenous peoples will generate many questions, as everyone involved needs certainty,” he said.

“Those questions will include such things as: what about grazing rights for cattle on Crown land? How do we manage parks and the use of B.C.’s massive back country? Will the forest industry need to make adaptations and accommodations, and what will they be? How will mining activity be affected? These questions will be posed to the government of the day as each election cycle comes and goes.”

UBCIC president Phillip, who is also a marriage commissioner, compared reconciliation to adjusting to a marriage. “We have to walk away from old ways, some old attitudes and so on and so forth. It’s not easy to do, because we’re so deeply steeped in those attitudes and notions of each other.”

“Whether it’s across the floor or whether it’s an issue of race, we have to simply just turn our backs on that and walk away. We need to begin to know and understand our responsibilities.”

Adam Olsen, Green Party MLA for Saanich North and the Islands, said the legislation is just a start.

“Like the many steps on this path to reconciliation, this legislation does not result in greater justice overnight,” he said. “This is the hard work ahead of us. But this bill puts us on a good heading, and the tides are in our favour.”

Jody Wilson-Raybould, who became Canada’s first Indigenous Attorney General in 2015 and and was re-elected as an Independent MP this week, said B.C. is taking an important step and she hopes the federal government will follow its lead.

“It’s a significant step for the provincial government and the First Nations Leadership Council and all First Nations to introduce this piece of legislation,” she said. “I suspect [it] will receive some vigorous debate and discussion, which is important, but I’m hopeful that debate and discussion will lead it to being passed in law expeditiously.” 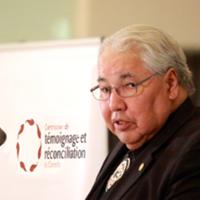 “It’s a first step, it’s a historic step and once it’s passed the opportunity is to deconstruct the colonial legacy, the laws and the policies and the operational practices of the provincial government and create the space for Indigenous nations in this province to rebuild or continue to rebuild because there’s so much amazing success that’s happening.”

She said she’s “hopeful and always optimistic” that the federal government will do the right thing and create space for rights recognition at the federal level.

Putting UNDRIP into law would be a first step, Wilson-Raybould said.

“It’s an important one, but in order federally to change the laws and the policies you need to have leadership in the government and you need to recognize that the only way it’s going to get done is if we take a non-partisan approach and create the space for rights recognition that lives beyond the life of one government,” she said.

“That’s what I was incredibly passionate about and worked hard towards and still am — and looking forward to holding the government’s feet to the fire on that when I go back.”