The Ontario government’s decision to shut down its Child Advocate’s Office could lead to more homeless young people, say experts.

The Conservative government announced the closure of the independent watchdog’s office last month. The office had a broad mandate to advocate for children, including those in government care, Indigenous children and youth, incarcerated youth and those with disabilities.

Activists and advocates who work with youth saw the news as a major blow, with an increase in youth homelessness as one result.

Andrea Gunraj, director of communications and public education at Eva’s Initiative, a youth homelessness organization, said she was surprised and saddened by the news of the office’s closure.

“So many young people who go through the care systems and who are impacted by that office and the mandate of that office... they are the ones who are highest at risk of homelessness,” said Gunraj.

Gunraj said the office plays an important role in ensuring children and youth have access to needed services. When those services break down or are unavailable, the result is often homelessness.

“We know that shelters are not the best place to house young people,” she says, “If that's where [young people] fall into and get stuck, because of a lack of an advocate for them, that’s a problem.”

Children and youth often end up involved with government child welfare services because of issues like poverty and marginalization — factors that increase their risk of homelessness now and later in life, says Gunraj.

The City of Toronto’s 2018 Street Needs Assessment Report found that a third of homeless people surveyed had experienced homelessness as children or youth.

The study found that 35 per cent of people living outdoors had some prior experience living in foster care or group homes. The survey did not include “hidden homelessness” — people who are couch-surfing or staying in temporary, insecure housing.

A report from the Canadian Observatory on Homelessness, focused specifically on youth homelessness across Canada, found that 58 per cent of the young people surveyed “indicated some kind of involvement with child protection services in the past.”

Cheyanne Ratnam is a founding member of the Ontario Children’s Advocacy Coalition, created in response to the closure of the Child Advocate’s Office to help prevent more young people from slipping through the cracks. “We felt that we had a responsibility not only because we had a level of expertise, as first voice advocates, but also responsibility as professionals in the sector and future professionals in the sector to really band together and advocate for Ontario's children,” she said.

Ratnam had firsthand experience of hidden homelessness in her own childhood.

“Before I entered the child welfare system, I was a part of the hidden homelessness population of young people, because of my situation at home,” she says.

Ratnam says that homelessness is a complex problem with many interconnected issues that all need to be addressed. If not, the consequences can be long-lasting, she said. “If you have instability in your life, and you’re trying to heal, and you have trauma, you’re less likely to have stability later on in life as well.”

Even young people who have never interacted with child welfare services or experienced poverty or maginalization are having difficulty finding affordable housing, especially in expensive markets like Toronto.

Statistics Canada reported in 2016 that 34.7 per cent of all young adults between the ages of 20 and 34 still live at home. In Toronto that number is 47.4 per cent.

Youth who have interacted with child welfare services, say experts, are less likely to be able to rely on parental support, and will have an even harder time finding housing.

The provincial government says the services previously provided by the Child Advocate’s Office will now be taken over by the Ombudsman’s Office.

But Ratnam says the specialized skills and focus on children and youth at the foundation of the advocate’s office are likely to get lost in the transfer. “Hospitals have a separate unit for young people, the pediatrics unit, the education system separates adults from children and teens, etcetera, because we understand there is a different type of process that is needed for this population.”

Del Graff is the head of the Canadian Council of Child and Youth Advocates, an alliance of official advocates for the rights of children and youth across the country, including B.C.’s Representative for Children and Youth. 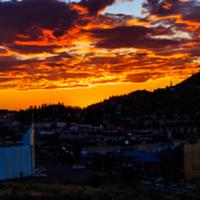 Youth Homelessness on the Rise in Kamloops

In a statement on Nov. 15, Graff called the closure a “travesty.” The advocate’s office was the “expert in child advocacy and conducting investigations,” he wrote, and this expertise would now be lost.

The office, which was created in 2007, had an annual budget of about $12 million dollars according to its 2017 annual report.

Gunraj says reinstating the Child Advocate’s Office would be one step in addressing youth homelessness, but governments should be doing much more.

Youth homelessness is a big problem, Gunraj said, but it’s one we can fix.

“We are in one of the richest countries in the world. We can do something about it. We can end youth homelessness. It’s about willingness to invest,” she said.