A few minutes before midnight on the last day of the year, Pacific daylight time, I began to cry.

I’m a purportedly “grown man” and I’m not easily moved to tears, but as is the way with emotions, there wasn’t much I could do when the tears came but to wipe them away and trust that they would stop, which eventually they did.

I cried for my country, for my Lucky Country, the wide brown land, the Fatal Shore — for Australia. I cried because when I woke up under the Tuscan sun just before 9 a.m. after our New Year’s revels (i.e. just before midnight on Canada’s West Coast, where I live), I looked at my phone and was informed that Australia was on fire as never before.

I know, the fires have been going on for weeks now. I’ve tracked them as best I can from half a world away because my eldest son relocated to Sydney a few months ago to, among other things, escape the foul air of Shanghai and the foul system that passes for government in China; I also have a sister and nephews and their young families in Adelaide, where I was born. They are all okay, in that they still have roofs over their heads and, well, they aren’t dead.

But what was different on New Year’s Day were fresh accounts from the front of thousands of Australians being herded onto beaches on the south coast of New South Wales — iconic Australian beaches now serving as the ironic last and only refuges from the pent-up fury of fires that cannot be, will not be controlled.

Down at Malua Bay, I read in the Guardian, people huddled on the beach for almost 24 hours “where the waterfront became a fallback line, the only place anyone was safe... hemmed in by a ring of fire and the Pacific Ocean.”

In the late 1970s when I first reported from Australia’s inland capital, Canberra, I spent most weekends surfing the beaches and point breaks around Malua Bay. It was about a two-hour drive from Canberra to a coast that I came to know and love in pretty much inverse proportion to the government of the time, which I came to know and loathe. I couldn’t escape Canberra often enough, until I got out for good and moved to Canada.

But still, I love the country of my skull (to borrow a phrase from South Africa’s Antjie Krog). So, when I woke up to read about people — mums and dads, kids, grandparents — forced to flee to the coast until fires burn themselves out, well, something snapped.

Consider this account of a family who turned up at a temporary help centre in Bairnsdale. “We had a couple with three kids here and the father started crying,” helper Wendy McPhan told the Guardian. “I said, ‘here’s a $300 voucher for Woolies [a supermarket].’ And he said, ‘no I can’t take that, there’s people worse off.’

“I said, ‘Mate, you’ve lost everything. You have lost your house. There’s no-one worse off.'”

When I read that, I cried.

Then consider the words of Australia’s supposedly prime minister, Scott Morrison, in his New Year’s message to Australians, basically telling them to buck up, knuckle under, and draw deeply on the reserves of their good old Aussie can-do “battler” natures.

After passing references to floods and droughts that have pushed Australia to the brink of being a failed state, Morrison offered, “... one thing we can always celebrate in Australia is that we live in the most amazing country on Earth and the wonderful Aussie spirit that means that we will always overcome whatever challenges we face. That we will always look optimistically into our future.

“There’s no better place to raise kids anywhere on the planet.”

That’s when my tears dried up and my bile rose — and not as an after-effect of the previous evening.

Morrison — installed and kept in power by the coal lobby — had the gall to add, “We have stood up to these terrible disasters before and we have come through the other side. We will rebuild and we will stay strong.... This is the Australian way.”

To which I say, Fuck off, you conniving bastard. I don’t believe you and I don’t believe in your government. If your version of growing up as a kid in Australia is not to surf at the beach but huddle there with your family, maybe with your pet if it was lucky enough to be rescued, and watch your country self-immolate and your parents lose everything they’ve ever worked for, then sure, there’s no better place to do it.

I don’t believe Scott Morrison, I don’t believe Justin Trudeau, Boris Johnson, that unmentionable buffoon in the White House — any of them, frankly. They have run out of ideas.

As it happens, by my bedside on my vacation is a slim volume called, Why I Write. It’s by a fella called George Orwell, published under Penguin Books’ Great Ideas imprint. On the cover it says, “Political language is designed to make lies sound truthful and murder respectable, and to give an appearance of solidity to pure wind.” 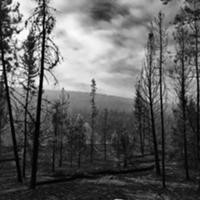 My Summer With the World in Flames

Morrison and his fellow climate change deniers are the worst of a bad lot, true, but Trudeau isn’t that much better — maybe even worse, given his claim to climate leadership, a deceit laid bare by his championing of the construction of the Trans Mountain pipeline to help smear our tarsands bitumen around the globe. When it comes to ideas about healing the planet, all these men offer us is wind.

Tears. They’re not enough, clearly. Anger? Rage? What else do we have as citizens who are constantly betrayed by a system that produces quislings like Morrison and Trudeau? It was another prime minister, a real one, Australia’s Gough Whitlam, who urged Australians after the constitutional crisis that led to his sacking in 1975, to “maintain your rage” at the injustice of it all.

My country is burning. Don’t believe for a moment that any government is going to fix this.