In the 1980s I used to give occasional speeches to teachers’ groups in Alberta. I would turn up in Edmonton or Lake Louise or Calgary with dispatches from the B.C. school wars, and I could see my listeners shiver at the news from the wild-eyed barbarian over the mountains: the Socred government did that? The teachers did that?

In the refreshment breaks teachers would assure me that it was so much different in Alberta, where they got along just fine with their provincial government. School wars couldn’t happen in Alberta.

B.C. may have seemed to them like a Third World province then, with no serious fossil-fuel revenue source except Tumbler Ridge coal (remember BRIC shares). Alberta had oil galore and more to come from what were still called the “tar sands.”

My Alberta colleagues got their wakeup call in the 1990s, when Conservative premier Ralph Klein slashed the provincial budget by 20 per cent.

With the new Jason Kenney budget, it looks as if he’s paying homage to both Klein and B.C.’s budget-slashing Socred premier Bill Bennett.

Or maybe going even farther. In the 1980s, we were in the midst of a full-blown recession, complete with 20-per-cent mortgage rates, which gave Bennett a pretext for cutting government spending. (Never mind that government spending was exactly what was needed to emerge from a recession.)

Pumping wealth from the poor to the rich

We didn’t know it yet, but Bennett’s cuts came as the postwar golden age was ending. Neoliberal regimes like Ronald Reagan’s and Margaret Thatcher’s had engineered an economic coup, pumping ordinary people’s wealth to the very rich like light sweet Texas crude.

After 40 years, inequality has become the new normal, and Jason Kenney’s United Conservative Party sees no reason not to continue business as usual. He doesn’t even need a recession, just the threat of one, to deliver tax cuts to corporations and the rich and cut services to citizens. And as always, the wealth transfer is camouflaged by words.

Let’s go through some key talking points of the budget and translate a wealth-transferring hustler’s words into plain English.

The hustle: A strong economy will mean more jobs and higher paycheques for Albertans so they can take better take care of their families.

More jobs don’t automatically mean higher paycheques, and “take better care of their families” means those families are on their own. They can’t expect better daycare or more affordable housing from this government.

The hustle: Reduce corporate tax rate from 12 per cent to eight per cent by 2022 so businesses can grow and create more jobs.

The corporate taxes that would have gone into education and other social services are more likely to be socked away in some corporate tax shelter.

The hustle: Cut red tape from government processes, making it easier to invest in Alberta.

In other words, deregulate so companies can pollute more, expose workers to more physical hazards and stress, and produce shoddier goods and services. Under Donald Trump, deregulation has measurably worsened U.S. air quality since 2016, causing an estimated 10,000 premature deaths from fine particulate pollution.

The Bennett Socreds (and the Campbell/Clark Liberals after them) took careful aim at education; downloading cutback costs onto kids is a neoliberal no-brainer. Kenney follows in their footsteps.

The hustle: Alberta will move to a new post-secondary sector funding model, while lifting the tuition freeze.

Translation: Less government money, more from students and their families.

The hustle: Post-secondary institutions will be challenged to engage with industry to graduate the workers industry and business need.

As if Canadian post-secondary hasn’t been designed for 50 years as tax-subsidized employee training for industry and business. The liberal arts are better preparation for industries and businesses yet to arise, but Kenney wants short-term, disposable grads. (Full disclosure: I’m still ticked off about all the keypunch operators we were supposed to crank out to meet the demands of the high-tech 1990s.)

The hustle: Alberta will restore investor confidence by supporting research, innovation and commercialization to develop and advance talent, grow sectors and leverage funding from partners and the private sector.

Those poor, shy investors, terrified they won’t be asked to dance! If they’re suckered by terms like “research,” innovation” and “commercialization,” they’d better not listen to Kenney when he invites them outside for a breath of fresh air. Though since Kenney’s idea of restoring investor confidence means handing tax breaks and credits to corporations, they should ultimately be pleased.

The hustle: ‘Do more with less’

The Alberta Teachers’ Association, now veterans of their own school wars, know what they’re in for. An ATA news release, posted shortly after the budget, quoted president Jason Schilling:

“This budget is, yet again, asking teachers to do more with less. The student population is expected to grow by 15,000 students, and school boards will not receive any more money to support them.”

The release also said “School boards will receive about $200 less per student than they received in the last school year. This is equivalent to a two-per-cent funding cut.”

When the post-secondary response comes in, it may be somewhat more muted. B.C.’s college and university administrators learned early in the first Campbell government to keep their traps shut. But faculty may be less easy to muzzle.

All this is based on what, as a recovering science fiction author, I can only describe as an amateur effort at predicting the future.

The hustle: Revenue is forecast to stay relatively stable in 2020-21 and grow to $57.5 billion in 2022-23, mainly through increasing income tax revenue and bitumen royalties. 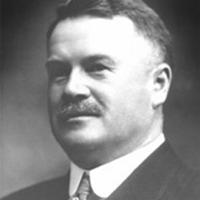 Kenney’s budget forecasts $6.5 billion in 2019-20 revenues from non-renewable resources like oil and bitumen. This drops to $5.3 billion in 2020-21 and then starts soaring: to $6.7 billion in 2021-22 and $8.5 billion by 2022-23. Presumably the expanded Trans Mountain pipeline by then will be gushing bitumen to Burrard Inlet as well as dollars into Edmonton. Meanwhile, Kenney projects that the wicked Liberals in Ottawa will still boost their transfers to Alberta from $8 billion this year to to $9.7 billion by 2022-23.

And if Trans Mountain isn’t expanded, or the bitumen market implodes, or major advances in renewable energy make Alberta look like a horse-and-buggy economy? Too bad, so sad, Alberta’s government will still be in the hole and blaming Ottawa and B.C.

In the 1980s, B.C. workers, teachers and public services fought “restraint” and won some battles. But Bennett and his successor BC Liberals won the war, despite their manifest policy failures and general incompetence.

Our Alberta colleagues, trapped in a deeply reactionary political culture, deserve all our support and advice. Even that may not be enough.