We’re running out of time.

That’s the one thing voters from across the political spectrum can likely agree on.

Wherever you live, whatever you believe in, whichever leader you most love or loathe, you likely share a belief that things have already gone so far in the wrong direction that society — hell, civilization — now finds itself tiptoeing along several tipping points at the same time.

For those of us who consider ourselves “progressive” — a problematic term, but that’s another story — these many points of no return fall under three broad headings of equal and codependent magnitude: climate change, inequality, and racism. Each subject could fill a library. But they can also be summed up in two statistics and a word.

First, humanity is dumping 37 gigatonnes of carbon dioxide into the atmosphere each year, a number that’s still going up instead of down.

Second, the richest one per cent on Earth own 45 per cent of the world’s wealth; like greenhouse gas emissions, their share is rising.

Third, zooming in on Canada, a crisis captured in one word — genocide. That label loomed over the final reports of both the Truth and Reconciliation Commission, which referred to cultural genocide, and the National Inquiry into Missing and Murdered Indigenous Women and Girls, which simply described past actions and inactions as genocide.

In 2015, when the Truth and Reconciliation Commission completed its work, the ballot box seemed to offer a much clearer choice for progressives. Ten years of Conservative government had cast its black shadow over all we hold dear.

In response, a grassroots coalition with connections to savvy nonprofits like Leadnow organized a strategic voting campaign; they informed Canadians from Victoria to Halifax about which candidate in their riding stood the best chance of beating the local Conservative. It worked.

But the last four years have brought second thoughts about that success. After saying so many of the right things, Justin Trudeau’s Liberals compromised and obfuscated their way onto every radical progressive’s shit list. The prime minister declared a “climate emergency,” then bought a pipeline. He elevated women and people of colour in his cabinet, only to betray the most historic one of all — Jody Wilson-Raybould — on behalf of a corporation mired in corruption charges. He promised us electoral reform so that we’d never have to vote strategically again, only to renege once he’d made it past the post.

This time around, there’s no strategic vote campaign on offer. None of the people who sifted through candidates and ridings and built websites in 2015 have stepped forward, because nothing is as clear as it was then. The Liberals have become too distasteful for progressives to defend, yet the only plausible alternative — a return to Conservative government — offers a watered-down version of Donald Trump’s worst instincts. The NDP is fighting for its life; the Green party’s surge is good news, but you can bet that Conservatives are cheering it as much as environmentalists.

For those looking to hold the Liberals’ feet to the fire without handing the reins to Scheer, the best possible outcome is a minority Liberal government in which the Greens or NDP hold the balance of power. But boy are we playing with fire. A few too many votes in the wrong direction and we buy ourselves four years of Conservative climate denial and bigotry.

So what’s a progressive voter to do?

“Progress in a democracy is never instantaneous, and it’s always partial, and you can’t get cynical or frustrated because you didn’t get all the way there immediately,” Barack Obama once said in an interview with the comedian and podcaster Marc Maron. That was in 2015, as Obama’s presidency was winding down. He was responding to Maron’s suggestion that Obama’s inaugural campaign themes of hope and change had failed to deliver on their full promise.

“Sometimes,” Obama went on, “the task of government is to make incremental improvements, or try to steer the ocean liner two degrees north or south, so that 10 years from now we’re in a very different place than we were. But at the moment, people might feel like we need a 50-degree turn, we don’t need a two-degree turn... [But] you can’t turn 50 degrees — it’s not just because of corporate lobbyists, it’s not just because of big money. It’s because societies don’t turn 50 degrees. Democracies certainly don’t turn 50 degrees. That’s been true on issues of race, that’s been true on issues of the environment, that’s been true on issues of discrimination. As long as they’re turning in the right direction and we’re making progress, then government is working sorta the way it’s supposed to.”

You could call that the Doctrine of Incrementalism. Obama invoked it to defend his own record of course, but if there’s a progressive defence to be offered for Canada’s Liberals today, that’s it. Trudeau, who clearly admired Obama, has modelled his flawed approach on Obama’s own flawed pursuit of incremental change. In other words, for all of Trudeau’s missteps and compromises, at least we’re headed in the right direction.

Just as Obama feared the economic impact of replacing America’s gargantuan health care industry with a single-payer system, for instance, Trudeau is hyper-aware of Canada’s economic reliance on the oil and gas sector. So they transition slowly, and make a lot of concessions along the way to the industries they’re trying to transform.

The counterargument is that the time for incremental change was 20 years ago. The Intergovernmental Panel on Climate Change, to take but one example, has given the world until 2030 to cut carbon emissions in half if we’re to avoid runaway climate change — a 50-degree turn and then some.

But even those who side with Obama must acknowledge that for incrementalism to work, it has to be sustained. And that isn’t easy in a polarized democracy.

Enter president Obama’s successor, stage right. The biggest backlash in the history of democracy has laid bare the Achilles heel of incrementalism; it also foreshadows the risk facing Canadians on Oct. 21.

But the Trump presidency also set in motion a fascinating, if accidental, political experiment that ought to give progressives the very thing Obama promised: Hope.

Imagine if Hillary Clinton had won in 2016. The U.S. would be muddling along on roughly the same path as before — liberal-minded without threatening corporate elites, Clinton’s every progressive inclination hobbled by Republicans. Alexandria Ocasio-Cortez would not be in Congress; no Green New Deal would be on the table. The choice for Americans in 2020 would have been between the status quo and whichever pizza magnate won the Republican nomination.

Instead, for the first time in several generations, Democrats are on the brink of nominating a truly radical progressive. If Elizabeth Warren or Bernie Sanders or even Kamala Harris becomes the next president, history will come to view Clinton’s loss in a very different light. She had to lose, the books will say. America had to plummet to the depths of Trumpism in order to clear the path for the progressive radical we need in this age of existential urgency.

On the other hand, Joe Biden is leading Democratic polls right now. If he becomes the next president — or Donald Trump, whose odds as the incumbent will be better in 2020 than they were in 2016, then Clinton’s loss will prove to have been just as devastating as it felt at the time. Then we’ll all wish Americans had rallied just a little harder for four more years of incremental change. 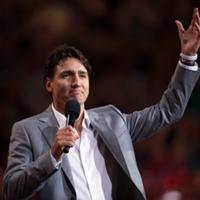 It’s a fascinating, harrowing experiment. But meanwhile, we’re stuck in our quandary: Reject incremental progress at the risk of a Conservative government and rapid backsliding on climate, equality and other progressive issues, or hold our noses and vote for the turtle.

We expect a lot from our politicians; maybe too much. They can only do what we’ll vote for, after all. Another thing Obama used to say was, “make me do it.” Mobilize, is what he meant, not just politically, but socially. Write letters, get out in the streets, get in the government’s face. When sweeping change has transformed democracies in the past, from civil rights to labour unions, it wasn’t because some politician had a great idea at four in the morning; it was because of social movements that grew so powerful it didn’t matter who was in office, the only way to stay there was to do what the movement demanded.

Vote with your conscience, wherever it takes you. It’s after that, whoever wins, that the real work begins.