A recent EKOS poll shows a Canada that, like much of the Western world, doesn’t know quite what to do or where to go.

But it also showed a way for us to get through our current whitewater politics, if enough of us are paddling in the same direction.

The poll is dated June 17, 124 days before the federal election. If a week is an eternity in politics, over 17 eternities lie between the poll and E-day, and this is just one poll out of many. Still, its findings raise some very interesting possibilities.

EKOS finds the Liberals supported by 30.1 per cent of the electorate, with the Conservatives at 34.2. Strikingly, the New Democrats are “moribund” at 12 per cent, trailing the Greens’ 13.2 per cent. The Bloc Québécois and Maxime Bernier’s People’s Party are both at 4.0.

“Using our internal seat projections,” EKOS writes, “we have the Liberals holding a razor-thin advantage of 150 seats versus 143 for the Conservatives. The Green Party, which received just three per cent and a single seat in the last election, is now at 14 points and looking at capturing 12 seats should these numbers hold. This number will become particularly interesting if the combined Liberal and Green numbers surpass a majority of the seats. The NDP is struggling at just 14 seats. Any further erosion could move them out of official party status and into rump territory.”

Like his father in 1972, Justin Trudeau is contemplating a minority government. But while Pierre had to work with David Lewis’s New Democrats, Justin might have to include the Greens as well as the NDP if he wants a majority of at least 169 votes. A Liberal-Green-NDP government could give him 176, at least based on the EKOS analysis.

Let’s do a thought experiment. It’s after the election. Green Leader Elizabeth May and NDP Leader Jagmeet Singh hold the balance of power.

They could keep at arm’s length from the Liberals, setting conditions for their support on confidence votes just as Andrew Weaver has with John Horgan here in B.C. The Liberals could govern very cautiously while taking flak from their allies as well as Andrew Scheer’s Conservatives.

Or May and Singh could have a quiet word with Trudeau the day after the election: “You’ve already declared a climate emergency. If you’re willing to treat it as a real emergency, we’re prepared to form an emergency coalition government with you, and stick with you until 2023.”

It would be a high price for Trudeau: a serious program to slow the climate crisis would include writing off the oil sands and cancelling the expanded Trans Mountain pipeline. What’s more, Greens and New Democrats would be in the coalition cabinet. Alberta Premier Jason Kenney and his Prairie backers would erupt with threats of separatism.

But an emergency coalition government could spike Kenney’s cannons and win over key Conservative groups. For example, the EKOS poll finds 42 per cent of those over 65 are Conservative supporters. Bring in pharmacare and other senior-support programs and woo them away.

EKOS also finds the Conservatives have gained the support of 33 per cent of the poor, 38 per cent of the working class, and 34 per cent of the middle class. That’s an alarming populist trend, but it could be blunted with a modest universal basic income program — heavily marketed as coming from your friends in the emergency coalition government.

The three parties in the coalition could count on the support of a combined 63 per cent of 18-34 voters, 54 per cent of 35-49 voters and 55 per cent of the 50-64s. Even assuming some losses to the Conservatives, that’s not a landslide — it’s tectonic, changing the whole political landscape.

Those living in poverty and with less formal education in Canada support the Conservatives, just as their American cousins support Trump, because they feel excluded from economic security. Meanwhile, other Canadians are responding to the message of the American left Democrats and their Green New Deal.

So May and Singh could push hard to fund new jobs in renewable energy — wind, sun, hydro, and geothermal — while shutting down the oil sands and fracking. The emergency coalition government could build or repurpose schools in Alberta and Saskatchewan to retrain oil-patch workers in new energy technologies.

The coalition would subsidize startups willing to plant trees, build vibration turbines, and develop electric air transportation. Its biggest political problem would likely be finding enough Canadians to work in new green industries; it would have to go headhunting in other countries.

A boost for green education

The emergency coalition government would also promote a Canadian high-tech industry, independent of both American and Chinese tech corporations. It would welcome young men and women into careers in STEM (science, technology, electronics and math), with loan-free educations and guaranteed jobs. When you’re fighting for your life in an emergency, as Canada did in the Second World War, you don’t quibble about expenses.

Singh and May would also hold Trudeau to an earlier promise: making the 2023 election a proportional-representation vote, the precise form to be hammered out by the coalition and put in place well before the election. That would ensure future “minority” governments that actually represent the majority of voters.

Yes, a coalition would embarrass and annoy a lot of Liberals who were very comfortable with the return of the Bonny Prince in 2015. But if doing the right thing were the price of power, the Liberals would grit their teeth (so to speak) and pay it. The NDP and Greens wouldn’t like some of the compromises they’d have to make. And the Conservatives would have an awkward choice: go even farther right, or develop a realistic climate and energy strategy. And by 2023, the coalition’s members might be ready to go for one another’s throats again. 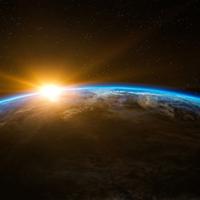 We Can Save Our Life on Earth. Do We Want To?

Then again, climate disasters might have sobered or sidelined even Andrew Scheer and Maxime Bernier. Fighting the climate crisis would be the new normal. Teenagers could be competing to get into the Northern Alberta Institute of Technology’s renewable energy programs. The coalition might find that it was working pretty well as a team, and the 2023 polls might confirm that feeling.

The climate disasters would keep coming, and Trumpism would persist in both the U.S. and Canada long after Trump himself had left office. The mid-21st century is going to be a crummy time even for the most fortunate Canadians.