In The Tyee article “BC’s LNG Fraud,” Andrew Nikiforuk pointed out that the government’s new eDrive policy requiring BC Hydro to supply electricity to LNG plants at the standard industrial rate, instead of the much higher rate that government determined was needed for BC Hydro to recover its costs, will result in a subsidy of $34 million per year for the Woodfibre LNG plant near Squamish.

It is a significant amount, adding up to some $860 million over the life of the facility.

However more worrisome is the precedent it sets for other potential LNG plants.

The Woodfibre plant’s electricity requirements are some 1,200 gigawatt hours (GWh) per year. While that is a large load on the system — more than one-fifth the energy output of Site C — it is still relatively small compared to the other plants that have been proposed in B.C.

The electricity requirements for proposed LNG plants in the northwest — including the Petronas plant near Prince Rupert — would be more than 6,000 GWh per year, should they choose to take advantage of the low eDrive rate and liquefy with electricity instead of burning natural gas.

Each plant’s requirements would exceed the output of Site C, and yet the amount they would pay under the eDrive policy would be some 40 per cent less than the cost of producing the electricity.

The annual subsidies would exceed $170 million per year per plant. The subsidies over the life of the facilities would be more than $4 billion per plant.

These subsidies will not be transparent payments by government to support the LNG operations. They will be paid for by BC Hydro customers, whose rates will have to go up to cover the shortfall between what the LNG plants pay for the electricity and what it costs BC Hydro to provide it.

Which raises a public policy question. Why should the government force BC Hydro customers to make this massive investment in LNG? 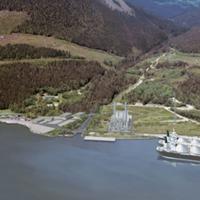 There is no evidence that the economic net benefits, properly measured, are large enough to justify the subsidies — the spread between the value of LNG in the Pacific Rim markets and the costs of producing it in B.C. is too small.

And while liquefying with electricity would reduce greenhouse gas emissions, it is not at all clear why BC Hydro customers should subsidize the avoidance of emissions that LNG plants would otherwise create.

The avoidance — or at least carbon tax payments — for those emissions should be the LNG plants’ responsibility.

Like so many of the policies the government has imposed on BC Hydro over the past 15 years, the consequences of the eDrive rate are potentially huge, and the supporting analysis non-existent.

If there is a case to be made, the government should make it. But that requires more than slogans and press releases. It requires carefully considered and independent assessment of the benefits and costs.