"The road to power is paved with hypocrisy, and casualties." -- Frank Underwood, U.S. President in House of Cards, Netflix 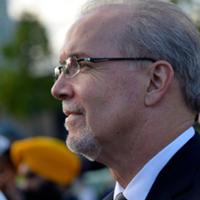 On Health Ministry Firings, Who Actually Received an Apology?

Powerful government forces suddenly fire eight health ministry researchers and contractors, alleging they breached the privacy of sensitive patient files regarding pharmaceuticals and that the police are investigating.

One researcher sadly commits suicide; the others are pariahs, unable to work while government suspends their $4-million research project.

The ruling party, one of those fired alleged in a lawsuit, accepted significant political donations from big pharmaceutical companies selling products to government health plans. The fired researcher continues with a defamation lawsuit against a former minister.

Then -- shocker -- it's disclosed there was no police investigation, because the government never turned over information on the alleged offences.

Most of the researchers, who had filed wrongful dismissal and defamation lawsuits or grievances through their union, are reinstated or paid compensation.

No senior official is publicly disciplined for firings -- and government refuses to say who was responsible or why it happened.

A veteran lawyer hired to review the firings complains about the lack of government records, and says that -- and the unwillingness of officials to cooperate -- means questions about who ordered the dismissals and why "remain unanswered."

But it's not a deadly and manipulatively cynical segment from the hit Netflix show House of Cards -- it's reality under the BC Liberal government.

Despite an uproar when it was disclosed the RCMP never received government information to launch an investigation into the firings, Premier Christy Clark rejects a public inquiry to find the truth.

Further, Clark declined offers from then-deputy minister of health Graham Whitmarsh to cooperate with an "independent and full review" of the firings or his suggestion that B.C.'s auditor general investigate the matter.

Clark's own deputy minister, John Dyble, and Lynda Tarras, deputy minister and head of the Public Service Agency, are alleged by Whitmarsh to have been involved in briefings regarding the original firings -- and were therefore, he claims, in a conflict of interest in the government review.

Whitmarsh declined to participate in the review, saying it was not sufficiently independent of government while noting that was not the fault of experienced labour lawyer Marcia McNeil, who conducted it.

McNeil, who did not interview the fired researchers for her review, nevertheless was damning in her conclusions.

"I have found that the investigation was flawed from the outset, as it was embarked upon with a pre-conceived theory of employee misconduct," McNeil wrote. "Two of the most difficult questions I considered during my review were who effectively made the dismissal decisions and what factors were considered. Those questions remain unanswered."

Nor has the government apologized to many of the researchers, only saying sorry to the family of Roderick MacIsaac, who took his own life after the firings.

NDP critic Adrian Dix has doggedly pursued this case for three years, and said in an email interview Sunday: "This was an abuse of power by the powerful, all reporting to Premier Clark, that ruined lives and damaged health care. They can't be allowed to get away with it."

Leave the last words to Ron Mattson, one of the fired researchers who won a settlement for wrongful dismissal. Mattson is a respected project manager and also city councillor in View Royal near Victoria who was re-elected last fall to his seventh term.

Mattson said the B.C. government's repeated claims that the RCMP was investigating -- when the police never got any information -- were intentionally vengeful.

"Even though there was a settlement, telling the public there was a police investigation... you are still tainted. It was done to support the firings, and basically we all felt it was done to humiliate us and beat us down, otherwise why would you make up a story like that? We are angry," Mattson told CBC Radio last week.

And the only way to get to the truth?

"We want to find out who is responsible and we want those responsible to have to pay some sort of consequence, and probably the only way to do that is if there is a formal public inquiry," Mattson said.

Exactly. A public inquiry is needed.