The British Columbia government's attack on research that exposes the harmful effects of pharmaceutical drugs was aimed at protecting the profits of donors to the BC Liberal Party, according to court documents filed this week. 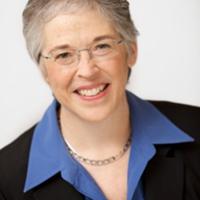 Bill Warburton, whose contract was terminated last July, filed his notice of claim in B.C. Supreme Court on May 6, 2013.

"The Province's acts against Dr. Warburton are part of a bad faith program by the Defendants to end the investigation of harmful effects of drugs which risk leading to diminishing payments to their political contributors," said the notice.

"[The acts] constitute misfeasance in public office as the Defendants were aware that their deliberate acts against Dr. Warburton were illegal and would likely harm him," it said.

The notice of claim names Health Minister Margaret MacDiarmid and the province of B.C. as the defendants.

"Dr. Warburton's research related to the Contracts included investigation of harmful side-effects, including mortality, and risk assessment of drugs purchased by the Province through its programs, and had the potential of disrupting financially significant payments to large pharmaceutical companies, many of whom were major contributors to the Liberal Party who formed the government in the Province," it said.

He is a former director of the economic analysis branch of the province's ministry of human resources and "an international expert in analysis of administrative data for research purposes" published in numerous peer-reviewed journals, the notice of claim said.

He had a $1-per-year contract "to conduct complex data analyses at the Ministry of Health," it said. The contract gave him access to data the defendants were aware Warburton "required the contract in order to fulfill his other related research obligations which provided him with income and professional enhancement."

Four of the former employees have filed wrongful dismissal and defamation claims against the government, including Rebecca Warburton, who is married to Bill Warburton, Malcolm Maclure, Ron Mattson and Bob Hart. Two others -- Ramsay Hamdi and Dave Scott -- have launched a grievance through their union, the BCGEU.

The seventh former employee, Roderick MacIsaac, was found dead in his home in January. The B.C. coroner's office investigated, but is yet to announce the cause of death.

"At all material times, the Defendants were aware that Dr. Warburton was investigating very profitable drugs, he had found evidence of strong harmful side effects, and that the drugs were not primarily prescribed for approved uses," said Bill Warburton's notice of claim.

The companies had sales in the billions of dollars, it said.

Revoking Warburton's access to data in June 2012 caused him to lose more than $100,000, the notice said. "The Province at all times was aware that revocation of data access would result in harm to Dr. Warburton and intended such result."

A month later the province terminated his contract in a letter that "stated it was for Dr. Warburton's failure to perform certain unspecified obligations and for improper access to provincial data. No specifics were given." The allegations were false, the notice of claim said.

"The Province knew or ought to have known that its investigation was flawed, superficial, politically motivated and conducted by novice, unqualified, inexperienced investigators," it said. "Despite requests, the Province has not disclosed the basis of its false statements concerning Dr. Warburton. Nor has it provided Dr. Warburton information and opportunity to reply and refute them."

Between them the six companies named in the notice have given over $115,000 to the BC Liberal Party since 2005, according to Elections BC's donation database.

Allegations in Warburton's notice of claim remain unproven in court.