British Columbia's top civil servant John Dyble played no role in the decision to fire seven people from the health ministry in 2012, but he was interviewed as part of the investigation into what went wrong with the terminations, a government letter released Monday says. 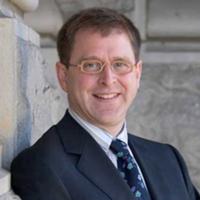 Adrian Dix, the New Democrat MLA for Vancouver-Kingsway, said the letter contradicts public statements a former top government official made in November about Dyble's involvement in the firings, showing why a public inquiry is needed into the matter, where officials would have to testify under oath. The letter came from deputy attorney general Richard Fyfe.

Fyfe's letter to Dix was in response to an earlier letter from Dix demanding the release of an un-redacted version of employment lawyer Marcia McNeil's report on the process that led to the firings, "Investigatory Process Review -- 2012 Investigation into Employee Conduct in the Ministry of Health."

The government, which had already admitted at least some of the firings were an overreaction, asked McNeil to investigate what went wrong in the process that led to the terminations.

"I will respond to certain incorrect statements regarding John Dyble made in your letter," Fyfe wrote to Dix in a letter dated Jan. 16. Dyble is the deputy minister to premier Christy Clark.

"I have confirmed with both Mr. Dyble and Ms. McNeil that, contrary to your letter, at the request of Ms. McNeil, he was interviewed by Ms. McNeil and cooperated fully with her in the review," Fyfe continued.

"I have also been advised that while Mr. Dyble received a general briefing regarding the investigation, it was well in advance of the decision to fire the Ministry of Health employees and he had no role in that decision," he wrote.

In 2012, then health minister Margaret MacDiarmid said the firings had to do with alleged problems with data management, certain contracts and conflicts of interest. Three defamation and wrongful dismissal lawsuits stemming from the firings have been settled out of court and two of the former employees have returned to work for the health ministry.

Dix said that McNeil's report failed to mention that Dyble had been briefed. "There's no evidence of that in the chronology," he said.

More importantly, the assertion that Dyble had no role in the decision contradicts Graham Whitmarsh, who was the deputy minister of health at the time of the firings, said Dix.

While McNeil was working on her report, The Tyee revealed in November, Whitmash wrote an email to Lynda Tarras, who was then head of the Public Service Agency. "Your immediate superior John Dyble is also seriously conflicted in this matter," Whitmarsh wrote.

"You and I, both individually and together briefed John on many occasions during the course of the investigation," he wrote. "While his involvement was much less than your own, he was involved in some of the key decisions and the times of some of the key events. In addition, he was the deputy minister of health at the time many of the actions that were subject to the investigation happened."

A call from The Tyee to Dyble's office was returned by a finance ministry spokesperson, but neither an interview nor a statement was available by publication time.

The McNeil report also observed that senior civil servants she spoke with contradicted each other about who made the decision to fire the seven employees. "It's why they have to be interviewed under oath," said Dix. "It's clear given the consequences of this, both for the individuals and the health care system, we need as the premier suggested, to get to the bottom of this."

The government tried to cover up what happened with the firings, then tried to blame one person, Dix said. "None of that is acceptable. The premier's responsible."

Dyble was appointed by Premier Christy Clark and is head of the public service, said Dix. "His and the premier's denial of their responsibility is to say the least insulting to the public," he said. "The buck seems to stop nowhere in the premier's government when it comes to accountability."

McNeil's report made a dozen findings about errors in the process that led to the firings, including that investigators did not conduct the investigation with open minds and that employees weren't given sufficient chance to respond to allegations that had been made against them.

Fyfe's letter to Dix said an appendix to McNeil's report with a chronology of legal advice the province received on the firings was withheld due to legal concerns. Two lawsuits resulting from the firings remain open against the province.

A decision to censor the names of some officials from the report was made to comply with the Freedom of Information and Protection of Privacy Act, Fyfe wrote.