When the British Columbia government fired seven people from the health ministry in 2012 it said the RCMP was conducting an investigation related to data management, contracts and potential conflicts of interest. 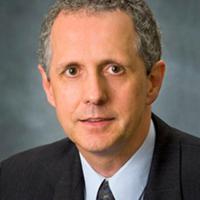 But more than two years later, the police force was still waiting for information from the province that would allow it to decide whether there was anything to investigate, according to documents released yesterday by the New Democratic Party official opposition after obtaining them through a freedom of information request.

"Now we find that the government... hasn't provided the evidence and any information of substance to the RCMP at all that would lead to an investigation," Adrian Dix, the MLA for Vancouver-Kingsway, said during question period in the Legislature.

"It was a smear and the authors of the smear are being protected by the premier and her cabinet."

The evidence, Dix said, was in an email that Dean Miller, a constable in the RCMP’s Federal Serious and Organized Crime unit in Victoria, wrote on Nov. 6, 2014 to Wendy Taylor, who was one of the lead investigators in the process that led to the firings in 2012.

"I have seen mention of your investigation in the media these past few weeks," Miller wrote to Taylor. "Are you any closer to being in a position to forward us your findings?"

'Mistakes were made': minister

The RCMP has previously said publicly that it was waiting for more information from the provincial government before deciding whether to open an investigation.

The records in the FOI package do not include a response to Miller, but show Taylor forwarded the constable's inquiry to Dan Peck, the director of the investigation and forensic unit, who in turn forwarded the message to Stuart Newton, the comptroller general.

Health Minister Terry Lake said in the Legislature that the government ordered a review by employment lawyer Marcia McNeil, released in December, so that it could learn from mistakes that were made with the firings.

"We've acknowledged that mistakes were made and apologies have been given in this house," he said. "There's no question that some of the conduct was not acceptable."

Lake did not say in the Legislature why the RCMP was still expecting to receive information from the government in November and he was unavailable to reporters after question period.

The government has no more information to provide to the police, a spokesperson for the Public Service Agency said in an emailed statement.

"Government has an obligation to report to the RCMP when government property goes missing, and our investigation found that a large amount of health data had been downloaded onto unencrypted flash drives and shared with unauthorized people," it said. "The Ministry of Health notified the RCMP at the time and provided them appropriate details about that privacy breach."

Since the government has no more information, the spokesperson said, "It is up to the RCMP to determine if they will conduct an investigation based on the information that they have."

Dix said Premier Christy Clark is responsible for the smear against the former health employees and that the government needs to order a public inquiry on the matter where senior officials would have to testify under oath. "The people who decided on the smear report to her."

"It's been an ongoing smear," Dix said in an interview. "Government smeared these employees right off the top in Sept. 2012 with an RCMP investigation that never existed and the RCMP was still looking for information from them, any information that would be relevant, two and a half years later and it still wasn't provided."

The government's actions had terrible consequences for the people who were fired and for independent drug research in the province, Dix said.