[Editor's note: This is the third of five excerpts this week from The Arrogant Autocrat: Stephen Harper's Takeover of Canada by noted Canadian nationalist Mel Hurtig. For an interview with Hurtig about his just published book, click here. To find the whole series, click here.]

In the next election, the Harper Conservatives will boast about their role in helping Canada weather the 2008–11 recession, but bear in mind that the strong regulatory framework that helped our financial and banking institutions maintain stability was not the work of this government, but rather the result of many decades of strong fiscal governance by others. 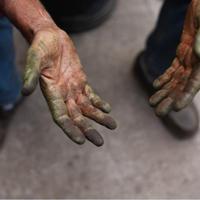 Why BC's Lower-wage Workers Are Struggling

Economist Jim Stanford has made careful comparisons of Harper's claims against his actual performance in articles for the Globe and Mail and others. Stanford says that there are some 400,000 discouraged unemployed workers who do not appear in the official unemployment statistics and that with other forms of hidden unemployment, the true unemployment rate in recent years is above 12 per cent. New job creation in Canada has barely kept pace with its population growth; indeed, in 2013 Canada ranked in the lower half of industrial countries with net job creation lagging 1.4 points behind population growth.

"When Canadian officials boast that the pace of job-creation or GDP growth is relatively high," Stanford states, "they neglect to mention that Canada's economy must generate more growth and jobs just to stand still.... Canada's real GDP growth since the pre-recession peak (in 2007) ranks an uninspiring 17th among the 34 countries of the OECD.... Real per capita GDP remains 1.4 per cent lower than it was at the beginning of 2008. In fact, real per capita GDP is still lower in Canada than it was at the beginning of 2006 (when the Harper Conservative government first took power); during almost six years of Conservative 'stewardship,' therefore, Canadians have experienced no economic progress (by this measure) whatsoever."

The Canadian economy continues to operate well below its potential with far too many Canadians left behind. During the worst of the recent recession, in 2008 and 2009, Canada experienced the fastest decline in the employment rate of any recession since the 1930s. According to Stanford, we remain mired in a "recession-like funk," still trying to recover from the lingering damage of that catastrophe, while the Harper government pretends otherwise. "The self-congratulatory tone of so many official economic pronouncements in Canada is clearly unjustified."

Canada's unemployment rate is higher than it was before the 2008–11 recession. The Canadian Labour Congress pegged the unemployment rate well above the official figure of seven per cent, to 10.8 per cent, if involuntary part-time workers and discouraged job seekers were included.

At the end of 2014, the participation rate in Canada's labour market hit a 13-year low at 66 per cent, more than a percentage point below 2008 levels.

In terms of our employment rates, 11 OECD countries have a higher proportion of persons of working age in employment, and Canada has one of the highest rates of part-time employment in the OECD.

With respect to hours spent in paid employment on a per capita basis, 16 OECD countries have higher numbers than we do.

Regarding unemployment figures, 19 OECD countries have lower rates of unemployment in a recent three year average.

We lag at 14th position in terms of annual growth in compensation per hours worked. All of these countries have seen higher growth in wage rates: Estonia, Slovakia, Hungary, Slovenia, Mexico, Korea, Norway, the Czech Republic, Australia, Poland, Great Britain, Luxembourg and Denmark.

Conservatives like to argue that the best job creator is a growing economy. But as Saskatchewan MP Ralph Goodale notes, the Harper government's growth record is the worst since the early 1930s under then prime minister R.B. Bennett.

Goodale says of Harper, "In 2006, he was handed a steadily growing economy which had generated 3.5 million net new jobs, declining debt and taxes, a decade of balanced budgets, annual surpluses at about $13-billion.... That's what Mr. Harper had to work with -- the most robust fiscal situation in the western world. And he blew it in less than three years."

Just how badly did Harper blow it? Sadly, beyond the jobs figures presented here, there are many more measures of the damage done. I will tally them in tomorrow's piece.