[Editor's note: This is the second of five excerpts this week from The Arrogant Autocrat: Stephen Harper's Takeover of Canada, by noted Canadian nationalist Mel Hurtig. For an interview with Hurtig about his just published book, click here. To find the whole series, click here.]

While many Canadians are distressed by the loss of iconic Canadian companies like the Hudson's Bay Company and Tim Hortons, the same can't be said of our governments. They have mechanisms at their disposal to stop the wholesale sell-off of our nation, but they fail to act. Under Stephen Harper, we have continued to bid goodbye to far too many of our home-grown success stories. How will we ever recover these assets when they are gone? 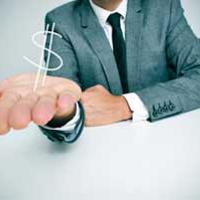 Here is a partial list of Canadian companies sold to foreigners during a single month in 2014:

There is no sign that the Harper government intends to do anything about this sell-off. It will continue, every day of every week of every month.

Like takeovers, free trade agreements erode our sovereignty and undermine Canadian control of our own economy and environment. They allow foreign corporations to sue us for lost profits; in fact, Canada is now the most sued country under NAFTA's free-trade tribunals. The bulk of the lawsuits contest our environmental laws. When listening to Stephen Harper's claims of his government's breakthrough successes in trade negotiations, ask yourself, success for whom?

Maude Barlow and the Council of Canadians have managed to obtain information about the highly secretive trade deal that the government has been negotiating with the European Union -- just the latest in a series of agreements reached with countries like Panama, Columbia, Peru, Honduras, Jordan and South Korea. Here is what Maude had to say in a recent letter to Council supporters:

"After five years of secret negotiations that have kept you, me and even parliament in the dark -- the proposed Canada-European Union Trade Agreement (or CETA) has just been leaked. What does this massive trade deal have to do with me, you ask? You'll be shocked.

"Your family's health care. Your community's water. Even your right to 'buy local.' Nothing is off limits in what adds up to the worst corporate sell-out of our country and our rights ever seen. Now we know why Harper's been hiding it.

"Under the deal Canada and European corporations will be given unprecedented rights to challenge barriers to their profit-making -- including local, provincial and federal regulations that protect our environment and uphold the public good. And the most dangerous part? Giant corporations like Nestle and Shell will be able to sue Canada for potentially billions in lost profits.

"Trade isn't a dirty word. But CETA isn't about trade. Stephen Harper is locking us into a corporate rights deal.

"Where you and I and our families stand to be hit hardest is our health care. The cost of pharmaceuticals is pegged to skyrocket by as much as $1.65 billion under the Canada-EU deal. Why? Because Stephen Harper caved to the greed of European drug companies, agreeing to extend patent protections on brand name drugs.

"Your city council will no longer be able to favour local businesses. European companies must be given equal consideration to bid on local jobs and contracts. If they aren't, they have the right to file a corporate lawsuit based on discrimination.

"The same goes for your right to say 'no' to industrial projects in your community. Right now U.S.-based fracking company Lone Pine Resources is using a similar corporate lawsuit provision in NAFTA to sue Canada for $250 million because a Quebec moratorium on fracking is preventing the company from drilling. Imagine your tax dollars paying Big Oil millions to not destroy our environment!

"No so-called trade deal is worth all this."

It's yet another agreement that trades away sovereignty and our rights as citizens to make decisions based on our collective needs as a nation and as stewards of the land. Like the Free Trade Agreement and NAFTA before it, and despite overwhelming evidence to the contrary, we'll be told the same breathless fairy tales of its unquestioned benefits.

While the foreign takeover phenomenon pre-dates the Harper government, it's worth recalling the critical role that it has played, and continues to play, in the hollowing out of our nation. There are ongoing tragic repercussions for our economic well-being, our sovereignty, and our ability to steer our own economy.

None of this is an abstract debate. Ask any Canadian who has recently lost her job or feels theirs is hanging by a thread.