B.C. has acquired the dubious "distinction" of being home to Canada's largest income gap, highest poverty rate, and second highest child poverty rate. It also has greater employment insecurity and lower hourly wages than the national average, even though B.C. is the province with the highest cost of living in Canada. 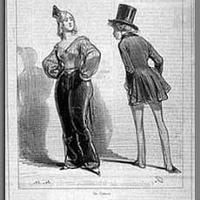 How has this occurred in such a rich province, where many are clearly doing very well?

B.C.'s poor record on income polarization and poverty is closely related to the low-wage policies the B.C. government has implemented in the 21st century. Many of these policies were put in place through a huge number of changes to the one major protection workers have -- employment standards legislation. These changes, beginning in 2001, represented a dramatic roll-back of worker rights.

Employment standards deal with crucial labour protections that provide rules for how employers can treat workers. Standards on the minimum wage, hours of work, when overtime pay begins, parental leave, and provisions for vacations and statutory holidays with pay are just some of the protections that are ensured. In short, the Employment Standards Act (ESA) establishes a basic floor in the workplace, and is supposed to ensure workers get the minimum earnings and hours to which they are entitled.

These provisions are important for everyone in the paid labour force because they provide both minimum protections and a starting point for negotiations for improved working conditions. They also establish a fairer playing field for employers, because they prevent unfair labour market competition through the abuse of labour. But comprehensive minimum employment standards are especially necessary for vulnerable workers, who are disproportionally women, recent immigrants, temporary foreign workers, racial minorities and young people.

Looking at the minimum wage alone indicates the importance of employment standards. Statistics Canada estimates 136,000 British Columbians (7.2 per cent of the workforce in 2012) are working for minimum wages (and sometimes even less), and that nearly half of these low-waged workers (46 per cent) are employed by firms of 500 or more employees. A growing proportion (31 per cent) are 35 years old and over. Thousands more have wage rates only marginally above the minimum wage.

Starting in 2002, approximately 42 changes were made to the ESA. Most of these changes involve reductions to employee rights and protections, and a substantial erosion of enforcement of the legislation. Here are some of the most significant:

Farm workers' wages were effectively cut by excluding them from key protections such as hours of work, overtime and statutory holiday pay, and the definition of farm work was substantially expanded to include other food processing jobs that previously were not classified as farm work.

Government oversight of employed children between 12 and 14 was eliminated, and children were permitted to work up to seven hours per day and 20 per week, making B.C. stand out as having the youngest working age for children in the industrialized world.

Unionized employees were excluded from the core provisions of the ESA, which means they have no access to the complaints, investigations, enforcement and appeals provisions of the act. This affects about one-third of the B.C. workforce.

The minimum daily shift was reduced from four to two hours. This is particularly hard on workers who need to organize child care or other part-time work.

The 24-hour notice of a shift change was eliminated. The introduction of the ability of employers to enter into 'hours averaging agreements' with individual workers to forego their rights to overtime pay after eight hours per day, or 40 hours per week. This means some can be required to work up to 12 hours a day without overtime pay.

Employees with a complaint about an employer no longer have quick access to an Employment Standards Officer for help. Instead, they are required to fill out a 16-page "self-help kit" and pursue their complaint with their employer themselves before proceeding further with the Employment Standards branch. This totally discourages workers from filing complaints of violations.

Severely weakened enforcement provisions, such as the liability of company directors for wages.

Other significant changes affecting employees' abilities to get help include a 33 per cent reduction in Employment Standards Branch staff, a 47 per cent reduction in enforcement officer staff, and the closure of 50 per cent of the Employment Standards Branch office. Enforcement staff were directed to treat complaining employees as if they had status as "equals" with their employers in order to pressure them into settling for less.

These are just a sampling of the many changes that have undermined the earnings of lower-wage workers. Others were more complex, and in general too numerous to completely enumerate here.

When these changes were introduced the government stressed they were necessary to increase 'flexibility' in the labour force. It also said the changes would be mutually beneficial to both employers and employees. We now know with certainty that these policies have been an abject failure from the perspective of employees. The reduced protections for many non-union workers have simply made B.C. a low-wage province and have lowered the ability of working people to provide for their own needs. This is neither good for employees, business, nor the province itself. B.C. can no longer afford these failed policies. The next government will need to restore enforcement of the ESA, and strengthen the law itself to ensure workers are properly covered.