"If Premier Gordon Campbell and the BC Liberal MLAs don't listen to the people and drop the HST, he and his party are finished." -- Former BC premier Bill Vander Zalm, April 1, 2010. 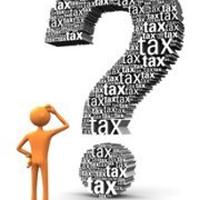 Three years to the day of that warning from Fight HST leader Bill Vander Zalm, the harmonized sales tax is finished, Gordon Campbell is finished and in six weeks most BC Liberal MLAs will be finished.

On April 1 the despised HST that shifted $2 billion a year in taxes from big business onto the back of consumers will finally disappear.

While an extra seven per cent tax was put on hundreds of services for consumers, businesses got massive tax credits -- paid for out of your pocket.

That tax shift doomed the HST even more than the underhanded way it was introduced.

Despite some repeated media claims it wasn't the HST that was the problem, but only the way the BC Liberals brought it in and communicated it, ex-premier Campbell's ex-chief of staff Martyn Brown disagrees.

In his new ebook "Towards a New Government In British Columbia," Brown clearly states what Fight HST argued all along about why voters were furious, from his perspective as Campbell's long-time top political staffer.

"They opposed it because it was so clearly a tax shift that took more money from their pockets to facilitate lower taxes for business, which might make businesses more competitive and profitable, but that also reduced working families' take-home pay," Brown wrote.

"...blaming the HST debacle on communications misses the point. And that is, the decision itself was wrong," Brown continues. "It was wrong because of the governing party's stated position against the HST, before and during the election, and because of its failure to earn social license for that tax shift before announcing it as a fait accompli."

"Most taxpayers did not believe it would make them better off. They believed it would do the opposite," Brown wrote.

Gordon Campbell has long exited both B.C. politics, and even the country, after the HST made him Canada's most disapproved premier, with just 12 per cent of British Columbians approving of his performance by Sept. 2010.

And after the May 14 provincial election, most BC Liberal MLAs who imposed the HST will also be history -- either afraid to run or likely defeated, with their party falling to just 28 per cent in the latest Angus Reid Public Opinion poll versus 48 per cent for the New Democrats.

And Brown also writes that BC Liberal MLAs "...woefully underestimated the political price they would pay for their personal support [for the HST]. For most government MLAs that day of reckoning has yet to come."

But the HST will cast a shadow longer even than the election results.

No provincial politician, from B.C. Premier Christy Clark to NDP leader Adrian Dix to future premiers, can ever consider drastically betraying the trust of voters by reneging on campaign promises after an election.

It's extraordinarily difficult to achieve a citizens' Initiative petition to get 10 per cent of valid voters in every one of B.C.'s 85 ridings.

But the Fight HST campaign -- where I was strategist -- proves that government and big business advertising is no match for angry citizens and grassroots rebellion.

The 2011 binding referendum vote saw 55 per cent of British Columbians vote to kill the HST versus 45 per cent wanting to keep it, despite an $8-million government ad campaign and a never disclosed but estimated $10 to $20 million ad campaign by the big business-funded Smart Tax Alliance.

No political party will ever think it can get away with an enormous double-cross on its own significant pledges -- and to even its own supporters.

Both the home building and restaurant industries saw the BC Liberals state that an HST was not being contemplated, in response to direct questions posed before the election, only to betray their political allies.

In fact, it was Brown himself who personally expressed the BC Liberal Party position that the HST was not contemplated, in his role as public campaign director in the 2009 election, writing that he was "utterly certain about that fact."

Some still believe that the HST was planned long before the election but my belief, supported by Brown's book, is that the BC Liberals panicked after the election when Campbell's promise that the provincial deficit would be no more than $495 million ballooned to an estimated $2.8 billion. It eventually came in at $1.8 billion -- still almost four times larger than promised.

A desperate Campbell and then-finance minister Colin Hansen frantically grasped at the HST and a federal Conservative government grant of $1.6 billion as the only way to save face and avoid the "fudge-it budget" they accused the NDP of in 1996 -- but with numbers 10 times worse!

Legacy of a 'fiasco'

Regardless of the timing, the results were clear.

As Brown rightly summarizes what the HST "fiasco" teaches all parties:

"The bottom line is this: if any government wants to do anything of the scale or importance of the HST, it needs clear, prior social license. Period. That was the main lesson from the HST debacle."

But if BC Liberals will pay the political price soon, it was ordinary consumers who paid the financial price for the past three years, with estimates on the average annual extra cost per household ranging from $350 to $2,000 or more.

That's because the HST not only was a $2-billion shift of taxes from businesses to individuals, it was also not "revenue neutral" as Campbell and Hansen repeatedly swore.

In fact, the government's own independent panel report -- long after imposing the HST -- found that it was raising an extra $820 million a year off consumers.

In the end, the HST legislation proved to be what NDP MLA Leonard Krog described as "the longest political suicide note in provincial history."

Those BC Liberal MLAs who supported the HST right to the bitter end, including Clark, will learn the true price of the HST on May 14.