"In terms of the revenue of the HST, it's roughly the same as the revenue we currently get from the PST." -- B.C. Finance Minister Colin Hansen, Aug. 13, 2009 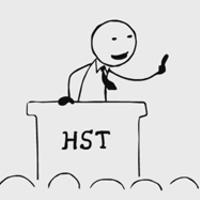 The BC Liberal government said they wouldn't impose a Harmonized Sales Tax before the May 2009 election.

Hansen and then-premier Gordon Campbell said the HST would be "revenue neutral" for government.

Now their hand-picked Independent Panel discovered the HST is raising a whopping extra $820 million a year from your pocket.

And none of it is budgeted to pay for needed public services.

But the only real way to fix this dumb tax is to vote "Yes" to extinguish the HST in the binding mail ballot referendum in June.

Because it's not hard to figure out the HST is costing you lots of money.

The HST adds an extra seven per cent to hundreds of goods and services that were not subject to the Provincial Sales Tax in the past.

That's causing some consumers to pay cash to avoid the entire HST and save the total 12 per cent tax. But it means honest businesses suffer and their customers pay more while government loses revenue to the black market.

But even on everyday items you can quickly see how the HST adds up to far more than $366 a family.

My cable TV bill alone shows I'm paying $8 a month in HST while my telephone costs me $7 monthly in HST for a total of $180 on just two basic items!

My condominium fees went up because the HST is charged on cleaning, maintenance and other services -- costing me an extra $160 a year.

Even a cappuccino or coffee and doughnut break at $4 every work day will add up to an extra $67 a year in HST.

My wife and daughter fly to Winnipeg annually to visit family -- add $84 to the $1,200 ticket price or to any domestic plane, train or bus travel.

Go to a Canucks game, movie, ballet or work out at the gym or play golf and pay seven per cent more every time. For some, that means hundreds more in HST costs.

And the list of extra seven per cent HST charged is very long.

Nothing smart about HST

But don't worry, a few things actually have slightly less tax with the HST. Luxury vehicles worth more than $55,000 and disposable baby diapers -- go crazy!

The enormous cost of this tax is why I helped form Fight HST, which led a successful citizens initiative campaign that forced this referendum.

The BC Liberal government is spending $5 million of your tax dollars on an advertising campaign telling you to keep the HST.

Big businesses in the misnamed Smart Tax Alliance are spending many millions more on pricey TV ads with accountants who say the HST is "good" for you.

Nonsense! Vote Yes to extinguish the HST -- and save your money!