"As a government plot it is quite unique in any scandology of B.C. politics." -- Political scientist Norman Ruff discussing BC Liberals' ethnic outreach 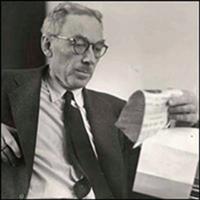 The Elements of BC Liberal Style

The strong temptation is to call the hapless hacks who concocted the BC Liberals' disastrous ethnic outreach document The Gang That Couldn't Memo Straight, an inept bunch of bunglers.

That staff working in Premier Christy Clark's office have done her more damage trying to score political points than her opponents could dream of is bad enough.

But there's much more to this than political farce performed by some incompetent aides who one ex-BC Liberal described as "a bunch of losers."

And despite Clark accepting resignations from deputy chief of staff Kim Haakstad and Multiculturalism Minister John Yap, this scandal is far from over.

Clark's Deputy Minister John Dyble is due to report on his investigation this week, while BC Liberal caucus chair Gordon Hogg is also conducting an inquiry.

That's because there's a clear pattern of deception, deviousness and denial on the part of some BC Liberals.

The basics are simple: while political staff are expected to promote the premier, using non-partisan government employees and resources on partisan BC Liberal business, like collecting data, breaks all the rules.

That's what's clear in the 17-page memo circulated by Haakstad via private emails, which avoids falling under Freedom Of Information requests details -- and it's why Haakstad quit.

Don't we know you?

Some of the staff named in the email chain aren't in trouble for the first time. Others knew better -- and did nothing to stop it.

Nor is there any sense of shame amongst some BC Liberals.

Harry Bloy, the outgoing Burnaby-Lougheed MLA, actually rose in the Legislature last week to heap praise on Brian Bonney -- one of those staff involved in the outreach strategy.

Bonney has a history of political problems: he was also connected to an embarrassing BC Liberal orchestration of a Burnaby Hospital Committee report for party gain that blew up last year.

But despite that escapade, Bloy personally pinned a Queen's Diamond Jubilee Medal on Bonney last fall for his "significant contribution," calling him an "outstanding individual."

Bonney, who also has a checkered past in Burnaby municipal politics that includes having to apologize for a newspaper ad he partially paid for that wrongly attacked Mayor Derek Corrigan, has since left government but others remain.

Primrose Carson, executive director of the BC Liberal government caucus, is another staffer on the private email list who apparently looked the other way.

Yet Carson publicly reprimanded other government staff last fall, including some in the premier's office, for creating a BC Liberal Party attack website about NDP leader Adrian Dix on taxpayers' time.

"You can't be doing party work here. For sure, I would agree with that," Carson said in November. "Some conversations took place using a government email account during work hours. They shouldn't be doing that. And this is a nice reminder for them."

For sure. Nice to remind them.

So when Carson got an email outlining exactly the same kind of behavior by not only Haakstad but several others in Clark's office and beyond, why didn't she blow the whistle then and there?

Perhaps Dyble's report will explain -- and perhaps Carson will soon be unemployed.

But can anyone have faith in Dyble's investigation after independent Freedom Of Information Commissioner Elizabeth Denham last week criticized Clark's own office for a "dramatic increase" in what she called "no responsive records" replies to FOI requests in the last year.

Denham outlined how premier's office staffers deliberately delete emails that are "transitory in nature" and conduct business in ways that avoid documentation.

Repeated abuse of government resources for partisan political gain, use of private emails that avoid detection, deleting government emails to frustrate FOI requests and medals for some involved in scandal all add up to one conclusion:

Clark's problems are far from "transitory in nature."