Parks are some of the most significant and meaningful public spaces in our cities. As traditional spaces of leisure, nature, and sport, parks have played an integral part of in the history of city life. Recently, Spacing Vancouver editor Erick Villagomez and contributors Brendan Hurley and Yuri Artibise sat down with Vancouver Park Board Commissioner Constance Barnes and Malcolm Bromley, the general manager of Vancouver Board of Parks and Recreation, to discuss the role of parks in Vancouver. 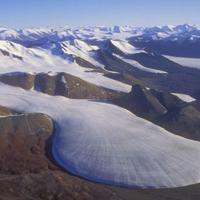 Spacing Vancouver published the transcripts of the full interview as a four-part series over the summer. Click to read Part one, part two, part three, and part four.]

Today, The Tyee runs an excerpt of the discussion, on the recently inaugurated Emery Barnes Park in Yaletown.

Spacing Vancouver: Constance, you recently inaugurated the completion of Emery Barnes Park, a park named after your father. The park has taken a decade to build from ground-breaking to final construction and I imagine it must have been quite emotional for you. Can you explain the importance of the event for you personally and what you think your father would have thought of the park named in his honour?

Constance Barnes: When I first found out that Rosemary Brown -- another woman of colour -- had a park named after her (and it was named after her very quickly after she had passed), I went to my mom's house. I was hanging out with Laverne, my mother, and said, "You know, Rosemary has park named after her, why didn't dad get a park?" because dad had been gone for some time already. She said, "Don't sit here and whine about it, go out and bloody well do something about it." So I did.

I wasn't even considering at that point running for Parks Board or anything. It was about getting some of his old friends together -- Margaret Mitchell, some of the old school NDPers -- and saying "Pops did this, that and the other... let's go down to the Parks Board."

Spacing Vancouver is a daily blog about urban life in and around Canada's largest west coast city. Vancouver is one of Canada's most fascinating urban centres because of its people, geography, and social history. Spacing Vancouver examines the state of local politics, neighbourhood planning, community development, sustainability, public realm, transportation, urban design, arts and culture, and countless other themes that continue to play a role in shaping our cities.

The blog has grown from its origins as local blog and publication re:place magazine organized by now regional editor Erick Villagomez. It was incorporated as the beginning of a larger network of sister blogs connected to Spacing Magazine (Spacing Toronto, Spacing Montreal, Spacing Ottawa, and Spacing Atlantic). Spacing Magazine publishes three times a year with national and Toronto based print issues.

"Understanding Canada's urban landscape" is the shared core tenet for Spacing and its Vancouver wing. The publication profiles and examines the city builders, policies, and contexts that shape cities and reveal the intricacies that make Vancouver and its urban environment both unique and frustrating. Spacing Vancouver explores these relationships with regular and diverse contributions from local and international urban thinkers and professionals, always looking to expand and refine Vancouver's urban understanding.

So it started out really coming down here [to the Parks Board], nervous, sitting on the bench over there looking at all the elected commissioners going, "Ohh! What am I going to say?" And just speaking about what my father had done. It was three or four visits and finally they made a decision: yes, they would name a park after him.

They looked at a few locations, one of them being CRAB Park, wanting to rename it. I knew that dad had worked extensively in that area with a lot of the First Nations -- Coast Salish -- and I thought, no, we really shouldn't rename it, because there is a lot of history there. So there was a piece of property coming up, and it was in his old riding, which at that time was called Vancouver Centre (it is now three different ridings). It was a great piece of property and all were in favour, so off they went, looking at what they were going to do, and doing it in different phases.

It's been a long time coming. Little did I know that I'd be sitting as the chair of the Vancouver Parks Board 10 years later. This is one of those things that the universe out there says, "OK, we're going to give you this one! You've been good, we're going to give you a little something." With that being said, I think dad would be laughing because it is the most expensive property that he ever owned! He had a little piece of property which he bought for $6,000 in Port Moody in the early 1950s, so he'd be going, "Damn girl, you did good! We're on moving up!"

I think he'd be thrilled, and I think it is because there are so many different elements. There are times I bike by and you got somebody sleeping on the bench with a brown bag in his hand -- [dad] would have been cool with that. You've got kids playing; it's accessible, so you got kids with different abilities playing. You've got an off-leash dog park -- we had a little dog named Fuzzer that he once in a while would pet, so you've got that element. You've got the chess or checker tables, which he and my brother Craig used to play all the time. You've got open space, green space. You've got people throwing balls.

It's a real mix of everything that he was, it's right in the core, it's urban, but you have a real mix of all the people in Vancouver in this green space in the downtown core. He'd be thrilled, he'd be absolutely thrilled. And to have my mom and my sisters and my brother and their kids -- so it was three generation of Barnes' -- there to experience it, alive and well and healthy and seeing the unveiling and having people speak to the history and all that he did. It was humbling. It brought him back -- he was there. It was tremendous, it really was.

Hearing the stories there with Shirley [Young], Dr. Peter's mom. Little did I know, but she used to live on that land in the 1940s. She had a house there. Of course dad, back in the day, when AIDS was just coming to the surface and people were afraid to hug or to touch, Pops was in there. He was not afraid of that type of thing. He chaired that (World AIDS Day) committee, looked for funding and worked with Dr. Peter. So to hear those stories...

That B.C. Lion that was there [at the inauguration], I wanted to bring up the fact that I doubt he sits in the kitchen now when he eats, I bet he is now actually able to eat with the team, whereas my father wasn't, it was segregated. They could play as a team, but they couldn't eat as a team or sleep as a team. So it gave me, at least, an opportunity to bring forward the history: how far we've come, where we are now, and that we still have some work to do. But all those elements coming together was pretty cool.

Malcolm Bromley: This touches on something important that just came to mind: that a lot of the park spaces we have, have strong emotional connections for people in Vancouver. We have to be very respectful and mindful of the emotional attachment and the emotional resonance of the [park] spaces we are responsible for. With the creation of Emery Barnes Park we for the first time included a plaque, which we wanted to prototype and see how it works. It's on a pillar and explains who Emery Barnes is.

We've got a lot of places in Vancouver that are named after people that others don't know. We thought that this was an interesting opportunity to try telling a story and getting a certain style of sign up that works... that brings an emotional connection to that park. Emery Barnes Park now instantly has an emotional story attached to it.

Constance Barnes: And it educates people. With all the tourist coming to Vancouver, you've even got people that are traveling who have no idea who Emery Barnes, Andy Livingston, are.

Malcolm Bromley: CRAB Park was named after my mom...

Constance Barnes: He has a good sense of humour; he has to! We love him.

That's a good point though, because the interpretive signs that we are doing are new. We’ve always just put the park's name up and everybody would say, "...So who is that?" That actually happened to me while sitting in my dad's park one afternoon picking up garbage and somebody was saying, "Well, who is Emery Barnes?" I was like "Excuse me?!" And thought we needed to do interpretative signage and educate people, so that there is some history.

[For more from this interview, which covers the role of parks in Vancouver, challenges and initiatives for the future, head over to part one on Spacing Vancouver's website.]