[Editor's note: This is the latest installment of The Tyee's "Best of BC's Indie Magazines" series. Today, the team from Ricepaper offers us a selection from their literary, culture and arts magazine, around since 1994! Now a quarterly sold across Canada, Ricepaper continues to be the only Canadian literary magazine of its kind with an Asian Canadian perspective. See the sidebar for more details.]

In my first year of grad school in Montreal, I overheard a conversation on Ste-Catherine Street: two non-Asian friends were walking ahead of me, discussing the popular dish General Tso's chicken. "I know it's not real Chinese food," said one friend, "but I don't care, it's so good." What, I wondered, was their definition of "real?" How do notions of "real" Asianness become engrained in the public imagination of non-Asian Canadians, and what do customers expect from Asian restaurants? What does this say about how Asian culture is commodified, constructed, and consumed in these ethnic food spaces? What is "Asian" to them? 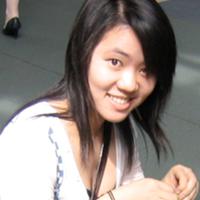 'Too Asian?' Why I Don't Accept the Apology by Maclean's

Come to think of it, who am I to write about Asian identity? I'm a blonde-haired and blue-eyed white girl -- what can I possibly have to say? I have years of post-colonial university studies behind me, and am aware of the long and complicated history of white people speaking for, defining, oppressing, and controlling people of other cultures, so I don't want to inadvertently come across that way.

Even with my masters degree on Asian Canadian identities behind me, the question is still there, unresolved. Although I can't speak from an Asian perspective, I think that the question "What is Asian?" looks for an authenticity that doesn't exist. Inspired by comments like the one I overheard about General Tso's chicken, I wanted my thesis to explore this idea of serving cultural authenticity in restaurants, and the expectations that non-Asian customers bring to their dining experience.

Ricepaper magazine is a 17-year old magazine that has covered culture, the arts, and things literary. Based on the west coast, the magazine has had a longstanding curiosity about the idea of "Asian Canadianness."

The magazine began in 1994 as an eight-page newsletter for the Asian Canadian Writers' Workshop, photocopied on both sides and stapled together. Seventeen years later, the magazine has grown into national distribution and continues to be the only Canadian cultural magazine of its kind with a focus on interesting approaches to whatever "Asian Canadian" has meant and what it could mean in the future.

In many Canadian cities and small rural towns, Asian or Chinese restaurants offer readily accessible Asian cuisine. From chop suey to Asian fusion, modern Chinese to sushi, Asian cuisine is enormously popular. These businesses played an essential role for much of the 20th century, when Chinese and Asian Canadians were denied access to most jobs that were reserved for white Canadians. This left only the service industry as a viable option for employment, namely in the restaurant and laundry services. Family-owned restaurants continue to be important sources of income for many Asian Canadians.

Yet many restaurant customers, both Asian and non-Asian, may not know the origins of favourite dishes on the menu. While some dishes have roots in mainland China, others, including sweet and sour pork (goo lo yok), have completely Canadian origins and came out of acts of resistance by cooks in railway-worker camps in the 19th century. How does this disrupt desires for "authentic" Asian cuisine?

General Tso's chicken and other Western Asian dishes cannot be "fake" Asian food because true authenticity does not exist. These dishes disrupt customer desires for authenticity due to the fact that they are rooted in an Asian North American context and history, reproducing white or Western expectations of Chinese or Asian authenticity, and serving them back to the customer.

The search for an authentic definition of Asian also runs the risk of perpetuating the idea that Asian Canadians are a foreign demographic within Canada. Asian Canadians played vital roles in building Canada, with family histories in Canada dating back to the mid-19th century, when the first Chinese laborers came over to build the railroad. This perception pertains not only to Chinese Canadians, but is also true of how Asian Canadians are sometimes viewed on a wider scale.

One need only remember the highly controversial and provocative "Too Asian" article published in the Nov. 2010 issue of Maclean's magazine to see how these prejudicial attitudes continue today. The article framed the large Asian student bodies at certain universities and the Asian students' academic successes as threatening for non-Asian students and a cause for resentment by white students who felt intimidated by the standards set by Asian and Asian Canadian university students. Therefore, Maclean's writers and those interviewed for the article perpetuated divisive stereotypes towards international Asian and Asian Canadian students on university campuses.

Whether one is of Asian ancestry or not, questions of race, racialization, and ethnicity implicate everyone -- albeit differently -- and we each need to critically unpack our own experiences with how we define, categorize, and sometimes stereotype others who are different from ourselves. While the very concept of race is a socially constructed idea, the reality is that Western society continues to give it weight. Racialization continues to happen as groups are repeatedly defined in relation to or in contrast to others -- often with "white" as the unnamed dominant or normative group in Canada. As a result, everyone is part of this discussion. No one is exempt.