"Ben Franklin may have discovered electricity -- but it is the man who invented the meter who made the money." -- Former U.S. supreme court chief justice Earl Warren 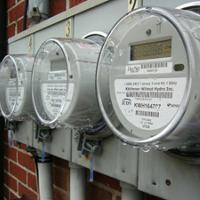 Smart Meters, Boondoggle in the Making

Does this story sound familiar?

A $1-billion waste of money, taxpayers picking up an enormous tab -- for no benefit to them - and BC Liberal friends getting big contracts.

Could it be the BC Rail privatization? Or the Harmonized Sales Tax?

Nope. It's a brand new one -- installing "smart meters" in the home or business of every BC Hydro customer.

And smart meters are the dumbest idea yet from a government full of them.

BC Hydro claims the completely safe wireless-transmitting smart meters will save you money and the environment by letting you -- and them -- monitor electricity usage. Then you can reduce usage and shift it to off-peak hours at lower rates.

That all sounds good -- but it's not accurate.

Here's the flip side: smart meters will cost you $930 million up front, not reduce energy usage, not save the environment and not stop drug dealers. And they may not be safe.

How smart are they?

The B.C. Public Interest Advocacy Centre says smart meters are dumb, and will add 8.3 per cent to your BC Hydro bill, even if they work.

Why? Because people use electricity when and why they do for good reasons -- like getting to work and school in the morning, cooking dinner in the evening, and heating and cooling their homes when it's needed.

"There is only so much that a family can do, with all the will in the world, to shift their energy patterns," BCPIAC executive director Jim Quail writes on the group's website.

And even using electricity at a different time doesn't save energy.

"If our typical family went to the trouble of running the clothes dryer at midnight [saving perhaps a couple of pennies on their energy bill], they would still use the same amount of power to dry the same load of clothes," Quail says.

And are smart meters safe? That depends on which experts on wireless technology you choose to believe. BC Hydro says exposure to the smart meter's wireless radio frequency over 20 years is the equivalent of one 30 minute cell phone call.

But BC Hydro admits the World Health Organization hasn't drawn any "definitive conclusions but has called for further investigation" into the wireless radiation emitted by cell phones, which it says has "different parameters" than smart meters.

However, some prominent doctors strongly believe smart meters are indeed a health hazard.

"What is the evidence that smart meters are safe and have no adverse health effects?" asks Dr. David Carpenter, a former head of the New York State Department of Public Health and now director of the University of Albany's Institute for Health and the Environment. "The answer to that question is that there is no such evidence."

"And in fact, while no one has done human health studies in relation to people living in homes with smart meters, we have evidence from a whole variety of other sources... that demonstrates convincingly and consistently that exposure to radiofrequency radiation at elevated levels for long periods of time increases the risk of cancer, increases the damage to the nervous system, causes electro-sensitivity, has adverse reproductive effects and a variety of other effects on different organ systems," Carpenter says in an online video interview with Smart Meter Safety, a U.S. group opposed to smart meters.

"So there is no justification for the statement that smart meters have no adverse health effects," he concludes. "The smart meter is for the benefit of the utility... and at the expense of the consumer, who has to live in the house that has this constant exposure," Carpenter says. "So, an informed person should demand that they be allowed to keep their analog meter."

The BC Lib connection

Whether or not smart meters are unhealthy is still unclear, if unsettling.

But what is certain is that smart meters are already benefitting a select group of BC Liberal Party-connected insiders who have been awarded lucrative smart meter contracts with BC Hydro.

The Tyee's Will McMartin documents in detail the connections between Corix Utilities, the firm chosen for a $73 million contract to install smart meters in B.C., and BC Hydro Board of Directors member Tracey McVicar, who heads the western Canada operations of one of Corix Utilities's biggest investors -- CAI Capital Management. McMartin also notes that long-time BC Liberal appointee David Emerson is both an investor and "senior advisor" to CAI.

McVicar is also a BC Liberal Party donor, having contributed $2,500 during the 2009 provincial election.

BC Hydro is itself awash with government-appointed former politicos with BC Liberal ties. Hydro executive vice-president Susan Yurkovich was a key member of the BC Liberal's 2005 election campaign committee, while Steve Vanagas, BC Hydro's communications director, came there directly out of former premier Gordon Campbell’s office, where he had been deputy chief of staff for communications.

So, in addition to knowing that BC Hydro rates are slated to go up by 50 per cent in five years to pay for things like smart meters, does that all make you feel better?

If you hear a loud spinning noise, it's most likely your smart meter is already running.