British Columbians frustrated by a looming 50 per cent increase in their monthly power bills probably will feel no happier knowing that BC Hydro intends to spend much of its newfound revenues on a $1 billion Smart Metering Program to monitor every consumed kilowatt. 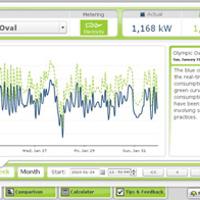 Is BC Ready for Smart Meters?

Well, here's something that will make ratepayers feel even worse.

The very first smart meter contract BC Hydro has awarded -- $73 million to install up to 1.8 million of the new devices -- went to a company with close ties to the BC Liberals. Indeed, that company is directly connected to a BC Hydro director.

The troubling trail of interlocking relationships starts with Tracey McVicar. She was named to the Crown corporation's board of directors a little over three years ago.

While in her early twenties, in 1990, McVicar earned a bachelor's degree in finance from UBC and quickly went to work in the investment banking division at RBC Dominion Securities.

Not long after, she left to join a Vancouver-based brokerage, Goepel, Shields and Partners. By 1997, she had become a partner at the firm and a member of its board of directors.

CAI is a central link in this chain, as we shall see, so here's a backgrounder.

A private firm that raises funds from select investors, CAI then uses that capital in a variety of ways, but usually by taking equity positions in mid-size companies with the expectation of outsized returns on their initial investment.

CAI was founded in 1989 by seven well-heeled investors, including a couple of ex-Salomon Brothers partners in New York, plus a prominent Montreal businessman, David Culver, a former CEO with Alcan Aluminum Ltd.

In 1999, CAI bought a position in a well-known but under-capitalized B.C. entity, MacDonald Dettwiler and Associates. The investment firm obtained at least one seat on the MDA board, and it was filled by Brooklyn-based Peter Restler, a founding CAI partner.

Restler has had a several decades long relationship with B.C. politicians and well-heeled British Columbians. One such prominent Vancouver businessman is Peter Bentley, the long-time head of Canfor Corporation, who was an early investor in CAI.

In August 2001, David Emerson, then CEO at Bentley's Canfor, joined the MacDonald Dettwiler board.

And if Emerson was not already an investor in CAI's exclusive funds, he soon became one.

That information was disclosed on Nov. 24, 2008, when it was announced that Emerson -- who just weeks earlier had quit federal politics rather than seek re-election as a Conservative MP in Vancouver East -- had been hired (see here and here) by Restler, McVicar and CAI as a "senior advisor" at the equity firm's Vancouver office.

Posted on CAI's website is a wire story that features the following sentence: "Emerson has also been a longstanding investor in CAI, said Tracey McVicar, a managing director of CAI, who declined to elaborate on the timing and amount of his investments."

The very next day, David Emerson was the subject of another big announcement. A mere 24 hours after CAI declared that the former federal cabinet minister had been retained as an advisor, the BC Liberal government issued a news release stating that Emerson would be the new executive chair at the BC Transmission Corporation, a former piece of BC Hydro spun out by the BC Liberals in 2004 (and recently restored).

Just two weeks after Emerson was placed atop BC Transmission, the BC Liberals added yet another item to his growing list of duties: chair of the premier's Economic Advisory Council, tasked with helping the government address the global financial meltdown.

(Appointments and assignments have continued to rain down on the former Vancouver East MP. In July 2010, for example, he was named to the board at Postmedia Network Inc., owner of many B.C. dailies, including the Vancouver Sun, The Province and the Times Colonist.)

Tracey McVicar's resume speaks of a person exceptionally bright and with a big heart. In the summer of 2001, for example, she volunteered to work for a couple of months with disadvantaged children in Mott Haven, said to be the poorest neighbourhood in New York's South Bronx.

Back here in B.C., McVicar has served on numerous charitable boards, including those of the Vancouver General Hospital and UBC Hospital Foundation, and raised funds for such worthwhile initiatives as the Sauder School's Opening Worlds Campaign.

But charity work alone doesn't explain how McVicar came to the attention of the BC Liberals and sufficiently impressed them so as to obtain, in December 2007, a gig with the board of directors at BC Hydro. That posting is, after all, the most prestigious board appointment the province can bestow.

McVicar clearly is extremely well connected. She is friends with Susan Yurkovich, long-time BC Liberal crony. Over the last several years, McVicar and Yurkovich have served together on the board of the VGH-UBC Hospital Foundation.

Political insiders know that Yurkovich's career includes a stint at Canfor Corp., where she worked with David Emerson until the latter's departure in 2004. Two years later, after working on the BC Liberals' 2005 re-election campaign, she was hired by BC Hydro to push the Site C project. (In 2009/10, her take-home pay for BC Hydro work was $368,000.)

McVicar has another strong tie to the BC Liberal power circle through Ruston E.T. "Rusty" Goepel, her former boss at Goepel, Shields and Partners (and for a time at Raymond James).

A big BC Liberal financial donor, Goepel in October 2009 was named chair of the Vancouver 2010 Olympic Organizing Committee (VANOC). There he worked alongside two current top dogs at BC Hydro -- its already appointed chair, Dan Doyle, and its eventual president and CEO, David Cobb.

Perhaps McVicar's most valuable connection, though, is to Larry Blain.

Remember McVicar's first job, way back in the early 90s at RBC Dominion Securities? Blain was then her boss.

Blain and the BC Liberal power circle

No stranger to controversy, Blain was recruited by the BC Liberals in 2003 to head up Partnerships BC, the government-funded and politically-charged agency that promotes public-private partnerships (P3s). (In the most recent fiscal period, 2009/10, he managed to squeak by on a taxpayer-funded salary of $478,000.)

Last summer, Blain announced that he was quitting as Partnerships BC's president and CEO, though elevating himself to the part-time chair position.

About the same time, Blain accepted yet another BC Liberal appointment. Last June he became a director of -- you guessed it -- BC Hydro and Power Authority.

BC Hydro board meetings now see Blain sitting alongside not just his old protégé Tracey McVicar, but also another friend from Partnerships BC, Dan Doyle.

For, in addition to serving as chair of BC Hydro, Doyle also is a member of the Partnerships BC board of directors.

Now to bring together these names and their intertwined connections.

Six weeks ago, on Jan. 25, 2011, BC Hydro announced the first contract for its smart-grid initiative. It went to Corix Utilities, part of the Corix Group of Companies.

Valued at $73 million, the two-year contract will see the company install as many as 1.8 million smart meters across the province.

And who owns Corix? One of the biggest shareholders -- and possibly the biggest (Corix is a private company and so is not required to disclose equity ownership) -- is none other than CAI Capital Management.

Yes, that's the same firm whose operations in Western Canada are headed by BC Hydro director Tracey McVicar, and where a BC Liberal-appointee named David Emerson -- a "longstanding investor" -- hangs his hat as "senior advisor."

So, as British Columbians prepare to face a 50 per cent hike in their monthly BC Hydro bills, it will be useful to remember that the first contract under the BC Liberal government's $1 billion smart grid initiative just happened to go to a company (Corix) owned by another (CAI) that is managed by a BC Hydro director (Tracy McVicar), and advised by a BC Liberal confidante (David Emerson).

All of this information won't make BC Hydro ratepayers feel any better as they brace for much higher power charges. But it might help to explain where much of their money is going to end up.