Maclean's magazine has struck a match. Now a firestorm of criticism is headed its way. Canada may never be the same. 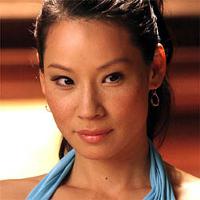 Where are Asians on Screen?

On Nov. 25, Victoria city council unanimously adopted a motion, submitted by veteran councillor Charlayne Thornton-Joe, criticizing Maclean's for their article 'Too Asian?' in their widely read special university rankings feature edition (Nov. 2010). The motion, unanimously adopted, described the title of the Maclean's article as "offensive and intolerant" and criticized its contents for "propagating a litany of racial stereotypes."

I agree and Thornton-George and the council deserve credit for speaking out against a media giant. Their action demonstrates how far we have come from the bad old days.

Victoria's racist past is not very different from where I went to school -- New Westminster. In the 1950s and 1960s, overt racism was rampant. I and my male, white friends would refer to Asian-Canadians in derogatory terms, joke about Asian female students having different sexual anatomies, and so on.

Asian-Canadians had to put up with this nonsense and much worse for many years. Even now, many of us are only finding out how bad it really was.

Recently I learned that the high school I attended was built on the graves of Chinese Canadians, pioneer settlers of New Westminster. Talk about adding insult to injury.

Asian-Canadian activists such as Bill Chu, who exposed this desecration, worked with New Westminster City Council to remedy the situation. The council took the matter seriously, put considerable staff time and resources into documenting the city's role in perpetuating discrimination against the Chinese community, and in a first for a Canadian city, issued a formal apology and adopted some limited but important measures to promote diversity.

Opportunity to pull together

By its actions, Victoria city council has joined New Westminster in creating a new space, where Euro-Canadians such as myself can align themselves with Asian-Canadians, with Indigenous peoples, and others, to repudiate our racist past and build new relationships.

Vancouver city councillor Ellen Woodsworth has a prepared a similar motion for consideration by that council. "As a member of Canadian Coalition of Municipalities Against Racism and Discrimination, Vancouver needs to speak out against racist articles like the one in Maclean's if we are going to meet the challenges ahead," she has stated for the record.

Make no mistake, those challenges are big. For the Maclean's article is but a splash of lava that has escaped from an underground molten mass of pent-up frustration created because too many continue to cling to an 'ideology of racelessness' in Canada.

Such splashes are becoming all too frequent. A week after the Maclean's article came out, Globe and Mail columnist Christie Blatchford ranted against anti-racist protesters ("Three protesters shut me down once; they won't do it again," Nov. 20), describing as "horse manure," their suggestion that she is a "settler on native land." The young activists had engaged in an act of civil disobedience to protest her new book calling for state violence against First Nations road blocks.

Two weeks ago, Torontonians elected a mayor who, as a city councillor, had this to say: "Those Oriental people work like dogs. They work their hearts out. They are workers non-stop. They sleep beside their machines. That's why they're successful in life. I went to Seoul, South Korea, I went to Taipei, Taiwan. I went to Tokyo, Japan. That's why these people are so hard workers [sic]. I'm telling you, the Oriental people, they're slowly taking over."

Many would claim that racism continues to be endemic, pointing to how Indigenous people still suffer the legacy of centuries of colonization, Tamil refugees are swept into jails, cops in Vancouver beat on Asian-Canadians, bullies attack African-Canadians in the east and west.

Where I work, at the University of Victoria, the administration has made important steps in addressing the absence of Indigenous people and Indigenous Studies on campus. Yet at the same time the university's own survey (Nov. 2009) concluded that of all groups on campus "minorities" is the most "significantly under-represented at UVic."

Change is not easy and the problem with articles such as Maclean's "Too Asian?" piece or Christie Blatchford's rant is that they threaten to become a lightning rod for white anxieties, polarizing affairs into a stereotypical black and white. As my colleague at UVIC, Jo-Anne Lee, has suggested, what we need are third spaces to explore our collective future.

[Editor's note: The Maclean's piece has drawn a lot of angry rebuttals (as well as some explanatory backpedaling by the magazine's editors). Here's a sampling of the hilariously sarcastic 'A Letter to Maclean's from a Concerned Asian Parent' by Madeline Coleman, published a couple of weeks ago by Maisonneuve:]

"...Like most traditional Asian parents, I've always valued hard work, MSG and the power of an engineering degree. One day a few years ago, as I was preparing my daughter's bento box, I watched her struggle with her math homework in the last moments before she had to go to school. She looked up at me, frowned, and said, 'Mama, I don't wanna do this. I hate math.'

"I was dumbfounded. How could my lazy, unmotivated child compete against her math-loving colleagues? At this rate, she'd be a geisha before she finished high school! That's when I knew: it was time to leave South Korea behind and move to Canada for a better life.

"I'd long heard rumours about the laziness of white people. In school we were often told of their slothlike reluctance to study, their fitful love of alcohol. I went to see Animal House three times when it finally came to Hanoi! I knew what these college whites were about!..."

Statistics Canada projects that "visible minorities" will become majorities in Canada's major metropolitan centres by 2031. In the face of the continuing pressure to transform Canada, some Euro-Canadians may face an identity crisis as the Canadian "normal = white" formula comes to an end.

To date many of us have counted on government measures -- redress settlements (for Japanese Canadian uprooting and interment, the head tax on Chinese, Indian residential schools) to settle historical grievances. Redress, however, involves personal responsibility as well. Those of us whose families benefited from the racist past have a responsibility to learn how to address it.

Despite what Christie Blatchford might say, I think more and more people get the notion that we (non-Indigenous) are all immigrants, however long our families have been here.

However, to reduce everything to an Indigenous/non-Indigenous binary can be misleading, obscuring how foundational 'race' was in immigration policy and the subsequent effects particularly for Asian Canadian communities.

For example, British-dominated society (we used to call it WASP--White, Anglo-Saxon, Protestant) was contemptuous of many peoples including those from eastern and southern Europe. Those finally let in, such as Ukrainians and Italians, suffered from discrimination as did people of Jewish heritage.

Still by the 20th century, the Canadian government was actively seeking white settlers from around the world.

A history of facing hostility

On the other hand, peoples from Asia (in the early era this was mainly people from China, Japan and South Asia) who wanted to come to Canada however, faced constant and escalating hostility.

When the B.C. government joined Confederation, one of its earliest acts (1872) was to deny the franchise to First Nations peoples. Few people are aware, however, that these legislators also lumped Chinese peoples into the same category and denied them the right to vote as well. They subsequently disenfranchised Japanese Canadians and those of South Asian heritage, with very serious consequences. And it was only white women who got the vote after 1917 -- Indigenous and Asian-Canadian women remained disenfranchised.

The introduction of the head tax on Chinese immigrants in 1885 was only the beginning of restrictions designed specifically to keep Asians out, restrictions that effectively turned Canada "white." This culminated in our own episode of attempted ethnic cleansing when the government uprooted, incarcerated and tried to permanently exile Japanese Canadians from British Columbia.

Immigration restrictions continued right into the 1960s. This meant that when the Canadian government welcomed over a million refugees from Europe after WWII, the refused entry to millions more in Asia, where the war was equally devastating.

Asian-Canadians and many non-Asian supporters fought these policies and things have changed but, as we look around us, much remains to be done.

After having disparaged Quebec only a few months ago, Maclean's has now gone after Asian Canadians. It's time we talk back to Maclean's and other powerful media. We also need to be creating third spaces to allow us to discuss difference and race and to ensure justice for all. Otherwise, who's next?