“Am I drunk? Because my balance is off.”

That’s what realtor Steve Saretsky was thinking when he toured clients through a house for sale in a suburb of Metro Vancouver. Built in the 1970s, it was priced at just over $1 million. About a hundred interested parties came to see it.

It was nothing special. But Saretsky noticed something odd: all the floors seemed to be slanted.

“The house is literally leaning, it actually had foundation issues,” he said.

His clients passed on the house, but it sold quickly to someone else — for $300,000 over the asking price.

This hot sale is yet another sign that housing in the Vancouver region is still topsy-turvy.

At the start of the COVID-19 pandemic, experts predicted the worldwide halt of many economic activities would lead to a drop in home sales and prices. It did not.

Instead, the opposite happened. They shot up as people worked remotely. And suburbs, small towns and rural areas saw newcomers from cities snap up their cheaper properties and drive up prices.

It’s a similar story for rents, which are beginning to surpass pre-pandemic levels. The influx of remote-working newcomers in small communities is also pushing rents up.

To help you make sense of the housing crisis, we’re launching this new reported column at The Tyee.

We are reporters Christopher Cheung and Jen St. Denis. Both of us remember covering the incredible spike in the housing market in 2016.

Back then in Metro Vancouver, prices of all residential properties rose about 18 per cent between 2015 and 2016. In some neighbourhoods, prices jumped a whopping 40 per cent.

The frenzy was fuelled by low interest rates, millennials hitting their homebuying years and a wave of money from China, with buyers mostly nabbing high-end Vancouver properties.

After the BC NDP came to power in 2017, they introduced some taxes to stem speculation and cool the market, with some initial success.

When the pandemic came along, the Bank of Canada’s low interest rates played a role in driving the market up once again. The rates helped Canadians weather the crisis, as governments shelled out billions to support people who had lost their jobs and businesses that had to shut down, explained Tom Davidoff, an economics professor at the University of British Columbia.

But these low rates also enticed people to buy homes, and it’s heated up even the low- and mid-ranges of the market. According to the Bank of Canada, investors are beginning to take up a larger share of home purchases than before.

Davidoff said he’s hearing a new level of bleakness from his students.

“I ask them, 'How many of you are worried that even if you make a good living, you won't be able to afford a decent place to live?'” he said. “Everybody raises their hand, like a hundred percent.”

We’re guessing that many of you would raise your hands too.

That’s why we’ll be regularly covering Hot, Hot Housing from lots of angles.

In the weeks ahead, we will be investigating all the forces causing prices and rents to overheat, and where policy is falling short. We will also be digging into the hot emotions of just how bad unaffordability has become.

Don’t just take it from us: B.C.'s Housing Minister David Eby, in an interview with the CBC, said the battle to find a home here has turned into The Hunger Games.

Our stories will mostly focus on Vancouver, the epicentre of the crisis. But we’ll also be examining surrounding municipalities, and the role of the province and the federal government. The Trudeau Liberals have bragged a lot about housing spending “like never before,” only for housing providers to say it “failed to launch.” 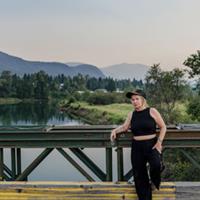 The column will run until the October municipal elections. We’re betting, like every recent civic election, that cost of living will be top of mind for voters.

Some pieces we’ve got coming up: zoning wars, a history of hippie housing, neighbourhoods whose populations shrink as home prices swell, how inheritances have become a huge factor in home buying, and a look at how government funding for housing today pales in comparison to what was in place in the 1970s.

Got housing stories of your own?

Whether it’s market hijinks, tenancy horrors or survival tips, you can email us at housing@thetyee.ca.

We look forward to hearing from you!

A final word from realtor Saretsky: