[Editor’s note: This essay was originally published in the second edition of The Run, The Tyee’s federal election newsletter project. You can read more here and you can subscribe here to get the newsletter when it’s fresh.]

Liberal politicians have been dropping into communities all over the country this year to announce something or the other about housing. You’ve probably had a visit near you.

What better time to examine the hype than the end of their term?

I’ve been reporting on housing for The Tyee since 2015, when I was a wee intern. I can tell you that 2017 was supposed to be an exciting year for everyone who cared about housing, especially in Metro Vancouver.

With Justin Trudeau in Ottawa and John Horgan in Victoria, it seemed as though the stars had aligned to deliver affordable housing help for cities and non-profits.

In November 2017, I covered a special event in Vancouver where Jean-Yves Duclos, the minister responsible for the Canadian Mortgage and Housing Corp., was to make an eagerly awaited announcement. The Trudeau government had embraced housing as a federal responsibility — a far cry from the cutbacks that started in 1993 when Liberal Paul Martin was finance minister — and were about to share their plans.

“We’re proud to say we’re back,” Duclos said from the podium with gusto, echoing Trudeau’s words on election night. “The federal government is back in housing in a big way.”

But the national housing strategy he announced turned out to be like the big bag of Lays chips I had the other day which, when opened, was filled mostly with air.

The “once-in-a-generation” strategy claimed to include more than $40 billion in spending. But a closer look revealed a lot of padding.

It’s $40-ish billion… but that’s over 10 years, with the majority of spending beyond the Liberals’ current term.

It’s $40-ish billion… but it isn’t all federal money. It includes cost-matching by provinces and territories.

It’s $40-ish billion… but more than half is old money, derived from existing loans, planned spending and renewed spending that was set to expire.

So how much were the Liberals actually planning for CMHC to spend on housing assistance over a decade?

According to the Parliamentary Budget Office, the Liberals’ “big way” is only slightly more than spending in the past decade at $2.4 billion a year.

Also, how they’re allocating spending is different, with less money spent directly on housing for low-income people and more for financing new homes.

As a result, the independent watchdog said in a June report that it’s “not clear” whether the Liberal housing strategy will be much of an improvement from the level of need in 2017.

In July, the heads of B.C.’s non-profit and co-op housing organizations wrote in the Province newspaper that the strategy has so far “failed to launch” in B.C., because the low-interest loans the Liberals are offering aren’t as strong an incentive to build new homes for low- and middle-income people as direct contributions from government.

Duclos fired back with an op-ed of his own, writing vaguely that “some people have deliberately ignored or distorted” Liberal spending.

In the op-ed, he tells us what’s been “earmarked,” what’s supposed to be “ambitious,” what’s “like never before” — the same kind of lofty language that confused housing advocates when he promised the Liberal government would take a “rights-based approach to housing.”

With this year’s budget, the Liberals added a top-up of $10 billion in low-interest loans for rental construction, pushing the $40-ish billion price tag of the housing strategy up to (hurray!) over $55 billion.

According to the Globe and Mail, Liberal politicians have held at least 45 news conferences across Canada this year to brag about their work on housing, a strategy that one of Canada’s top housing scholars called a “public relations gimmick [of] using public money in a partisan fashion.” Last month, Trudeau himself showed up in Nunavut wearing a pullover for one of these presentations — not to announce new spending, but to rehash the money already committed to the territory.

Should you believe the hype? Perhaps as much as environmentalists, electoral reformists and Indigenous advocates have when it comes to Trudeau’s promises.

Look past the impressive zeroes meant to hypnotize and you’ll see the sad smallness of the “big way.”

Here’s something fun you can do. Open up the Liberal government’s accounting of its progress here, then compare it with the Parliamentary Budget Office’s helpful scrutiny of those numbers here. If you’re passionate about the right to housing and are wondering what exactly became of the Liberals’ grand promise, turn to page 22 to read about how they haven’t done anything to “bind future parliaments to commit voted spending to housing programs.” 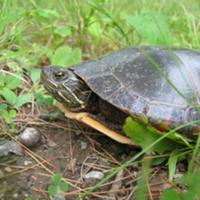 So What’s a Progressive Voter to Do?

David Hulchanski of the University of Toronto, one of Canada’s top housing scholars, clued in early to what he called the Liberals’ “smoke and mirrors” housing spending and wrote a takedown of their 2017 budget in Spacing magazine: “In an era of alternative facts, it is easy to confuse voters so as to maintain our housing system as it is — a highly efficient mechanism for increasing inequality – rather than providing adequate and affordable housing for all Canadians.” You can read Hulchanski’s latest fiery comments in the Globe and Mail, responding to the winding down of the Liberals’ term, here. Have milk handy, it’s pretty spicy.

If you live in B.C. and are wondering how much money the province needs for affordable housing, the Housing Central coalition put out this plan here.

And on the topic of those many news conferences: my friend Mike Howell at the Vancouver Courier, on the side of his reporting, often challenges spin in his columns. He wrote this piece about an August housing announcement by Duclos — the contents of which had already mostly been announced three months prior. You can read it here.