Six years into the toxic drug public health emergency that has worsened during the COVID-19 pandemic, the B.C. government announced it will expand access to prescribed alternatives to drugs available on the illegal market.

But critics dismissed the announcement as a small step to take at a time when a much larger shift is needed to save lives.

“Far too many people in British Columbia have died from toxic drug poisoning,” she said. “Prescribed safer supply is one tool within a comprehensive set of health interventions to help keep people safe and access the supports they need including treatment and recovery.”

More than 7,000 people have died since the provincial government declared the public health emergency in 2016. While there was a dip in the death rate ahead of the COVID-19 pandemic, it has since hit all-time highs.

Malcolmson said the province is spending $22.6 million over three years on the initiative.

According to the announcement, “the funding will support the planning, phased implementation, monitoring and evaluation of prescribed safer supply services.”

In the first phase, expected to take up to two years, the plan is for health authorities to expand and establish new programs to offer prescribed safer supply while connecting patients to health and social supports.

“Once fully implemented, people who use drugs and who are at high risk of dying from the toxic illicit drug supply will be able to access alternatives covered by PharmaCare, including a range of opioids and stimulants as determined by programs and prescribers,” the announcement said.

Any step is good, but this is a small one, said Garth Mullins, a board member of the B.C. Association of People on Opiate Maintenance and host of the Crackdown podcast.

“It is the smallest possible increment of a step,” Mullins said. “More tiny pilot projects for at most a couple thousand in a couple years. B.C. has 100,000 people with ‘opioid use disorder’ so we need a mass solution.”

“This new policy is a small step in the right direction when what we need is a leap,” Furstenau said in a prepared statement. “Ultimately the province is still relying on a prescriber model that puts barriers between drug users and a safe supply. It will not be enough to drastically reduce the deaths from the toxic street supply.” 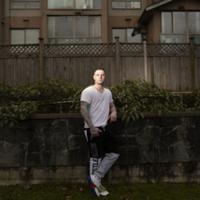 In rural places in particular it can be hard to find someone who can write a prescription, she said.

A better solution would be to support compassion clubs or co-ops that can provide a safe supply of drugs with few barriers, she said.

Malcolmson said the policy was developed within the limits of the federal government’s Controlled Drugs and Substances Act which requires a prescription when someone is provided a controlled drug.

Provincial health officer Bonnie Henry said safer supply is one of several tools to address the crisis, along with overdose prevention sites, supervised consumption sites, the provision of naloxone and increasing the number of treatment beds. 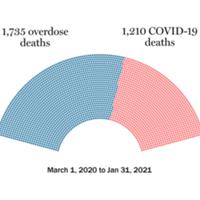 No one single measure will get the province out of the toxic drug crisis, she said. “This is one more step in the right direction,” she said. “Substance use, as we know well, is a health condition and must be approached from a holistic health perspective.”

The COVID-19 pandemic and the responses to it set back the province’s efforts to address the toxic drug public health emergency, Henry said.

“Since the onset of COVID-19 the already toxic drug supply has become even more dangerous and we have seen that in all parts of B.C. over these past 18 months,” she said. “Measures we had to take in order to respond to the pandemic have led to a record number of our family and our community members’ lives lost to this toxic drug supply.”

In 2019, Henry highlighted the urgent need to decriminalize people who use drugs and mapped out a path that the provincial government could take with or without the federal government’s support.