Canadian pipelines have received over $23 billion in support from federal and provincial governments over the past three years, according to a new report from the International Institute for Sustainable Development.

The independent think tank crunched the numbers in a report that looked at the scope of government support for oil and gas pipelines.

The report looks at a broader definition of government support than just subsidies. Government support includes “any way that the federal or provincial governments promote fossil fuel production in a way that has to do with public money,” Corkal says.

Subsidies, on the other hand, are legally defined by the World Trade Organization as a beneficial financial contribution from a government.

Author Vanessa Corkal, policy advisor for Canada Energy Transitions at the institute, says it's impossible to calculate the exact amount of pipeline subsidies because of a lack of government transparency.

“We thought it was important to highlight the high level of support the Canadian and Albertan government put towards this area,” Corkal says.

It's important Canadians understand the financial risk governments have made by investing in pipelines, which may never get finished or never pay off, Corkal says.

But the report was also released one week after British Columbia experienced a devastating heat wave, which is likely linked to climate change and therefore the fossil fuel industry, she says.

Canadians need to consider “whether or not these investments are putting us on the path to deal with climate change at the scale and the pace that we need. And the pace we need has really been made clear this past week,” she says.

Government support covers easily calculated things like direct spending, foregone revenue through tax breaks and COVID-19-related support, as well as harder to calculate things like assumption of risk, where a government promises to protect a project from political decisions, she says.

The report highlights eight financial support measures for the Trans Mountain pipeline; two for the now-dead Keystone XL pipeline and one for the Coastal GasLink pipeline.

The support includes over $11 billion in loans and $10 billion in loan guarantees or assumed liabilities, the report says. Around half of that support was given out after the COVID-19 pandemic hit.

According to the report, the federally-owned Trans Mountain pipeline received at least $15.4 billion in support over the past three years.

Twinning the 1,150-kilometre pipeline to expand its capacity to 890,000 from 300,000 barrels of bitumen per day has been at the centre of a storm of controversy. The project was purchased by the federal government in May 2018 for $4.5 billion.

Over the past three years the project got $11.3 billion in loans and credit support and $35.3 million to cover expenses and losses.

The Coastal GasLink pipeline got at least $500 million in federal support through loans and COVID-19 support, the report says.

If completed, the 670-kilometre pipeline would transport 2.1 billion cubic feet of natural gas per day from the Dawson Creek area in northeast B.C. to Kitimat for processing at LNG Canada's export facility.

The government of Alberta gave the pipeline $6 billion in loans and COVID-19 support and invested $1.5 billion, the report says.

When reached for comment on the report, the federal finance department issued a statement saying Canada “is firmly committed to phasing out inefficient fossil fuel subsidies and has already eliminated eight out of nine tax subsidies.” The ministry also said the federal government didn’t have investments in the Keystone XL project and isn’t giving a direct subsidy to the Coastal GasLink pipeline.

Corkal says there's a huge lack of transparency around pipeline support and financing in Canada. For the report the institute filed 13 access to information requests. It took two years for the federal government to hand over 1,700 pages, but Corkal says “most of those were redacted in some way. And that's not representative of the pages not handed over at all.”

The government can withhold any document it considers commercially sensitive — a term it broadly applies to pipelines, Corkal says.

That's part of why the public doesn't know the terms of sale of the Trans Mountain pipeline, she adds.

The institute requested the terms of sale and the project's original valuation so they could know if the government overpaid for the project, but were denied.

“We know there were specific documents that we wanted to look at, and that we actually did receive, but they didn't have any information we could use because they had been redacted to the point where there was nothing useful,” she says.

The report calls on all levels of government to be more transparent in their support of the oil and gas industry — especially provinces where most fossil fuel subsidies happen, Corkal says.

The federal government committed to reviewing its fossil fuel subsidies in 2009 and 2016, though Corkal says that review is “significantly” behind schedule. 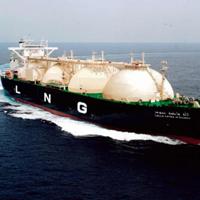 The Ministry of Finance says Canada’s review will be made public once the research has been peer-reviewed, but didn't give a timeline for that process.

When government money is tied up in a polluting industry there's less money to invest in clean energy, she says.

Investing money in something as risky as a pipeline means you could lose everything if the project is never finished, like the now-dead Keystone XL pipeline, she says. And governments tend to double down on investments before they accept the loss and walk away.

Corkal says she hopes this report helps taxpayers understand the financial risk governments are taking on and to ask if those funds could be better used to promote economic diversification, transition and “real, good quality jobs in a new low-carbon economy.”