The world’s leading authority on energy is calling uncle on fossil fuels.

In a landmark report released Tuesday, the International Energy Agency, an organization made up of over 30 member countries and considered to be the global voice for energy, said the world has to halt all new fossil fuel projects and reduce the demand for coal, oil and gas by 90, 75 and 55 per cent respectively to hit the global climate goal of net-zero emissions by 2050.

That 30-year timeline is to keep the planet from warming more than 1.5 C from pre-industrial levels, which should keep catastrophic impacts from global warming at bay.

The road to hitting that goal is narrow but still achievable, according to the IEA report. But it’s going to take a lot of work. The world needs to pivot from getting 80 per cent of its total energy supply from fossil fuels in 2021 to getting just 20 per cent from fossil fuels by 2050.

That means there needs to be no new investment or expansion in fossil fuels by the end of 2021, and companies need to focus on how to reduce emissions from their existing projects.

In British Columbia, where Indigenous and environmental advocates have been opposing the construction of the Trans Mountain pipeline and the LNG Canada terminal, the IEA report could be a game changer.

“The IEA is seen as the authoritative voice that oil and gas companies and many governments around the world look to as the oracle for the future of oil and gas in the world,” says Karen Tam Wu, B.C. regional director at the Pembina Institute.

“For the first time ever, the IEA has been very definitive on the decline of oil and gas,” she says.

The IEA report also notes that liquefied natural gas projects currently under construction might not be needed in the future, which means investments in B.C.’s LNG industry are risky, Wu says.

Wilderness Committee climate campaigner Peter McCartney is even more definitive. The report “completely annihilates” the argument that oil and gas have any future in a net-zero emission world, McCartney says.

For McCartney, the report highlights how fast the climate emergency is evolving and that the B.C. government isn’t keeping pace with the necessary urgency. 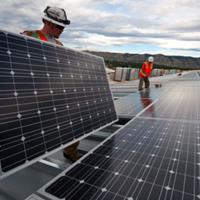 With ‘Piecemeal’ Budget, BC Is Headed Towards Climate Failure, Critics Say

The province’s climate change adaptation strategy, CleanBC, which was released in December 2018, is already out of date when compared to the IEA report, McCartney adds. For example, the IEA report calls for all new cars to be electric by 2035, while CleanBC says it’ll get there by 2040.

When asked if the IEA report will change the province’s approach to allowing the construction of new natural gas infrastructure, like the projects currently underway for Coastal GasLink or LNG Canada, the Ministry of Environment said it was reviewing the study to see how its key findings can be applied in B.C.

“We’re currently developing a roadmap to meet our greenhouse gas emissions targets and put us on the path to meeting net-zero by 2050, which will be released later this year,” the ministry wrote in an email. 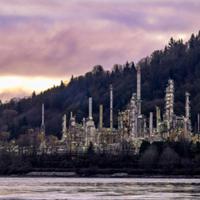 Why Biofuels and Hydrogen Are Key to Our Zero Carbon Future

“The IEA report should come as no surprise to the government,” Furstenau wrote in an emailed statement. “Scientists have been saying for years that we can’t continue to build more fossil fuel infrastructure if we want to meet our commitments under the Paris Agreement.”

“Unfortunately the government has chosen to ignore the mounting evidence of the financial and environmental risks of LNG while they increased the subsidies and incentives to this dying industry,” she added.

For McCartney, Tuesday’s IEA report finished on a high note.

By 2030, the report predicts that the clean energy industry will be booming, with annual investments of more than $4 trillion. This will include, according the report, the creation of 14 million new clean energy jobs over the next nine years.

By cleaning up the air by cutting fossil fuels, the IEA report notes, two million fewer people will die prematurely from air pollution every year.