Over the past year, the BC NDP have given away $1.3 billion in fossil fuel subsidies, which is more than the $1.1 billion it pledged to fight climate change, according to a new analysis by Stand.earth.

The report looks at B.C.’s “runaway” fossil fuel subsidies, which have been on the rise since the new government took over in 2018.

The subsidies provided in 2020-21 ($1.3 billion) are more than double what they were the last year the BC Liberals were in power ($557 million), the report says. Stand.earth predicts subsidies will surpass $1.8 billion in the next three years, which would be triple what the Liberals spent in 2016–17.

B.C. is only outdone by Alberta when it comes to the “generosity” of subsidies given to the fossil fuel industry, the report says.

Some of these subsidies are leftover policies from the BC Liberals that have “exponentially grown” and others, like ones aimed at encouraging LNG Canada, are “conscious decisions” from the BC NDP government, according to Sven Biggs, Stand.earth Canadian oil and gas program director.

The Stand.earth report was calculated using the World Trade Organization’s definition of fossil fuel subsidies, which Biggs says includes “any kind of tax break, or direct incentive or direct subsidy to oil and gas producers that encourage fossil fuel growth.”

It found the largest source of rising subsidies is the Deep-Well Royalty Program, which the report calls a “loophole for fracking operators” that will cost taxpayers $421 million this year in lost royalty revenue.

The program was introduced under Liberal premier Gordon Campbell to encourage fracking back when it was a new technology, Biggs says.

The second problem is that subsidies, unlike royalties paid to the province, aren’t pegged to the price of gas.

That’s led to the problem today, where “they’re running these huge annual surpluses where they’re getting more tax breaks than they’re paying in taxes on most wells.”

The government is handing out more subsidies than companies can claim in a single year, the report says. Fracking companies currently hold $3.1 billion in unused deep-well credits — which means billions in lost revenue for future governments.

By analyzing the province’s budget, the report found that in 2020–21, B.C. earned $282 million in oil and gas royalties. The same budget says the province spent $1.3 billion on fossil fuel subsidies.

During the last election, the BC NDP promised to review provincial royalty programs. Biggs says the Ministry of Energy, Mines and Low Carbon Innovation will likely announce an update in August.

When contacted to respond to the report, Energy Minister Bruce Ralston issued an emailed statement to The Tyee, saying Stand.earth’s report makes “a number of misleading claims and does not provide a transparent, detailed breakdown of how they reached their figures.”

The ministry says Stand.earth provided it with a detailed breakdown of how the $1.3 billion in fossil fuel subsidies was calculated.

“Stand.earth counts the PST exemption on electricity for all households and businesses as a fossil fuel subsidy, as well as the CleanBC Program for Industry that directs a portion of carbon tax revenues towards emission reduction projects in all industries,” the ministry said in an email.

But Ralston’s statement said that “government is undertaking a comprehensive review of B.C.’s oil and gas royalty system to ensure it meets our goals for economic development, a fair return on our resources and environmental protection.”

“It is true that many of these royalty credit programs were set up by the BC Liberals nearly two decades ago, who never undertook a proper review. We take this situation seriously and that is why we are initiating a review.”

The review will include an independent assessment from external academics, a discussion paper and a full public consultation, the ministry added.

“This is an opportunity for the province to about-face on some of the worst subsidies,” Biggs says.

But there’s no guarantee an update will phase out subsidies, because the province is still banking on natural gas expansion, he says.

“They have this agenda to try to encourage LNG Canada and other LNG plants to come to the province. But those businesses aren’t really viable without huge subsidies from the province,” Biggs says. “If they cut the rates for the upstream fracking wells that send the gas to those plants, it’s going to make them unviable. So they’re under a ton of pressure right now from Shell and other companies that are backing those proposals to keep their rates where they are.”

The Tyee asked Shell Canada for comment but did not hear back by deadline. The Energy Ministry did not answer a question from The Tyee on if it was being pressured by industry to maintain its subsidies.

Stand.earth is also calling on the government to scrap its “rose-coloured glasses” on the future of oil and gas.

Each year in its budget, B.C. makes predictions for the economy for the next three years. And each year the province overestimates how beneficial oil and gas will be, while underestimating subsidies, the organization says.

“There’s a pretty deep discrepancy between the optimistic view where every year they predict oil and gas is about to take off and do great things for the province, and then every year it comes in well under their estimates,” Biggs says.

Biggs says for the past five years government predicted an average of 15-per-cent annual growth for oil and gas, but in reality, it’s more like four per cent.

Subsidies don’t just outweigh climate spending, they undermine it, according to a 2019 study by the International Institute of Sustainable Development.

The report analyzed B.C.’s fossil fuel subsidies and warned they “can act as a negative carbon price, stunting the effectiveness of B.C.’s own carbon pricing policies.” 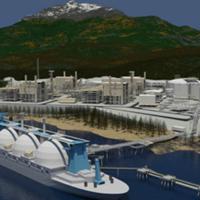 The report called on the province to publicly release all data related to fossil fuel subsidies every year, to phase out subsidies and to avoid creating new ones.

Biggs says the province has a couple of options for what to do when it reviews its royalties.

Phasing out deep-well credits and other subsidies would close “loopholes in the tax code,” he says.

“Industry would still be sitting on the $3 billion in credits they could cash in future years, but once they’re gone, there would be no more royalty breaks for these producers. They could also choose to raise royalty rates we’re charging oil and gas producers to access those oil and gas resources and try to recoup some of those losses that way.”