It appears to be the end of the road for a universal basic income in British Columbia.

A panel appointed by the provincial government in 2018 to examine the idea of a basic income reported today that it would not be the most effective way to improve people’s lives.

Instead, the spirit of basic income should underlie “co-ordinated and substantial” reform of the province’s existing social programs, according to the panel.

The panel also called for universal extended health benefits for low-income people as part of a recommended overhaul of social services in B.C.

“We recommend a broad mixed system that includes some targeted basic income but also basic services,” said panel chair David Green of the Vancouver School of Economics at the University of British Columbia.

The panel also included Jonathan Rhys Kesselman of Simon Fraser University and Lindsay Tedds of the University of Calgary, supported by consultant and co-author Daniel Perrin.

Basic income refers to a set of policies that aim to reduce poverty and improve health and social outcomes by providing income that lifts everyone over 18 at least to the poverty line.

Proponents say it gives people the opportunity to decide how to use money to meet their needs, frees them to refuse unsafe work and keeps them from financial disaster if they are laid off or need to stop working.

The panel said it appreciated the spirit of basic income but argued any program “needs to stand on a base of support to make effective individual autonomy possible.”

Disability assistance rates should be raised by $500 per month to reach the poverty line and the $300 pandemic top-up — cut by $150 by the current government — should be made permanent, the report recommends.

The disability assistance rate for a single person is now about $1,200 a month to cover housing and all other costs.

The government should also ease rules that deny support if people have assets and allow people on disability assistance to earn more money without losing benefits.

The panel also suggested integrated support for women and children fleeing violence and youth aging out of care, two groups who have specific needs.

This would effectively create a basic income for those groups that is responsive to their needs and easier to access, Green said.

Green stressed that the pandemic’s challenges are unique and that the proposals aim to respond to pre-existing issues as well.

“You need to separate out what is going on with the pandemic from what is ongoing and systemic,” he said when asked by The Tyee.

“It’s not necessarily that you want to design your system the same way based on the pandemic’s issues... you have to make sure the rest of the system is there for when people have individual crises.”

But one of Canada’s leading scholars on basic income says the recommendations don’t go far enough, particularly as the pandemic revealed big gaps in existing supports.

“I don’t disagree with any changes they recommend. I just don’t think they go far enough, and I don’t think they’re going to be implemented,” said Evelyn Forget, a professor at the University of Manitoba who has studied basic income for decades.

Basic income and support services aren’t mutually exclusive, she said, and current programs don’t deliver much of the autonomy the report praises.

“It goes back to the deserving and the undeserving,” said Forget, noting people with disabilities, youth aging out of care and seniors are seen as deserving while others are not.

The report notes single working-age adults, with and without children, are just under one-third of those living in poverty.

Forget said its proposals to strengthen labour regulations, expand rental assistance and extend health benefits don’t necessarily treat those people as deserving of autonomy over their decisions. A basic income would give them control. 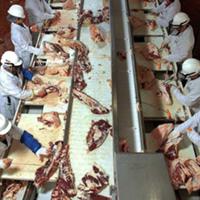 How a Basic Income Plan Could Save Lives in a Pandemic

The BC Greens, who made a study of basic income a requirement before they would support the NDP’s former minority government, welcomed the report.

“The NDP government needs to recognize the urgent need for transformation of our social safety net, including implementation of basic-income style policies outlined in this report and beyond,” the party said in a statement.

Minister of Social Development and Poverty Reduction Nicholas Simons said in a statement the government would heed the recommendations in preparing this year’s budget, expected in April.

Forget has doubts the report reflects the needs and opinions of the people most in need and is concerned none of the most drastic recommendations will be implemented.

“Those programs are designed to keep people dependent on the system instead of allowing their autonomy to flourish,” she said.