A basic income program could have saved lives and reduced COVID-19 transmission when the pandemic struck last spring, says one of the country’s leading experts.

And basic income, as both a health and a poverty reduction policy, could still help people weather the second wave and those to come, said Evelyn Forget.

“When government decided that it was a public health emergency response and they closed down the economy in March,” said Forget in an interview, “they knew immediately that the social programs wouldn’t work, and that we had to put emergency supports in place if we were going to keep people home.”

A slew of emergency response measures for individuals and businesses were rolled out with a swiftness that proved “getting money into people’s pockets isn’t rocket science,” said Forget, a professor at the University of Manitoba.

“But if we had a basic income, we wouldn’t have had to do any of that,” she noted.

Basic income is a set of government programs guaranteeing individuals an income above the poverty line, regardless of employment status or ability. Programs aim to reduce poverty and improve well-being and ensure people can meet their basic needs, and have taken many forms in countries like Finland, Iran, the Netherlands and Kenya.

Forget is an economist in the department of community health sciences who has been studying basic income and its possibilities for decades, including the Mincome pilot program in Manitoba in the 1970s.

In late 2020, she released a new edition of her foundational text, Basic Income for Canadians. It focused on what a basic income could mean in the current pandemic and future public health crises.

A spotlight was on basic income policy almost from day one, she said, because Canada’s emergency response benefits were the closest thing the country had ever seen to basic income.

But the rollout of provincial and federal emergency response benefits brought relief mixed with criticism over those it excluded, including freelancers, frontline gig workers and sex workers. Critics also noted that the benefits were significantly higher than people on income and disability assistance were expected to live on.

“People look at poverty and they say it’s complicated. It’s not. One common feature of people in poverty is they don’t have enough money to meet their needs,” said Forget. “And I don’t want to suggest basic income is a silver bullet. It alone is not sufficient, but the set of programs we have is not functional.”

Forget says basic income could have stabilized the finances of people left without work due to COVID-19 immediately instead of requiring them to wait for eligibility to be determined or online forms uploaded.

“We want to divide people into these little groups. It’s all about the deserving and the undeserving,” said Forget. “We’re prepared to give money to some people like seniors, parents and people with disabilities… but the deepest poverty is among working-age Canadians.”

Basic income also would have helped more people with little or no sick leave stay home if infected or refuse unsafe working conditions.

“If we had a basic income program, people could afford to stay home if they experienced symptoms, which would lessen risk of infection for the entire community,” said Forget.

Outbreaks at workplaces with some of the poorest labour protections have caused deaths among employees and their families across Canada, and particularly among temporary foreign workers whose immigration status, until recently, was strictly tied to a single employer.

Symptomatic or exposed employees have been pressured to continue to work by employers or have chosen to do so out of financial necessity.

And as families juggled work, child care and social isolation, Forget said the freedom of basic income would have empowered them to meet their needs without taking health risks.

This could mean being able to afford adequate housing, prescriptions and food and nutrition, all social determinants of health that contribute to a person’s risk of chronic illness.

Many parents, especially women, also took on the unpaid labour of child care when schools closed. Basic income could ensure their contribution was recognized, she noted. 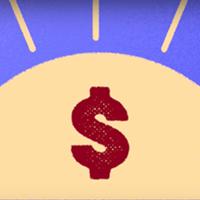 What Would a ‘Basic Income’ for All Mean? Watch and See

Forget hopes this mass experience of unemployment and upheaval may foster more empathy for others and strengthen support for a basic income.

But empathy isn’t a requirement for making basic income happen, she said. “Basic income doesn’t require empathy so much as recognition that we’re all interdependent.”

Despite the federal Liberals’ rejection of a basic income plan last year, Forget says “it’s inevitable that we will end in a basic income in Canada.”

“We’re all better off when everyone can afford to live.”