Did Canada’s largest oil producer learn about climate change as early as 1959, develop a massive bitumen industry in northern Alberta knowing the atmospheric damage it would cause, and then take part in an international effort throughout the 1990s and 2000s to convince the public that climate change isn’t real?

Those questions are now at the heart of a closely-watched lawsuit filed against Suncor in the state of Colorado, which earlier this month cleared an important legal hurdle.

Now it’s up to a judge to determine whether the lawsuit, which also names Exxon as a defendant, can move beyond procedural wrangling into the first phases of an actual trial. Such a trial has the potential to set a transformative legal precedent: for the first time ever assigning legal blame for climate change to oil and gas companies in a U.S. court while holding those companies accountable for undermining life-saving science.

“That would be huge news,” said David Bookbinder, an attorney with the Washington D.C.-based Niskanen Center, which is helping the city of Boulder and several other local Colorado communities sue Suncor and Exxon for allegedly profiting from climate change while concealing the devastating impacts. “We’re waiting for the judge to give us an answer.”

Attorneys for Exxon argue the entire premise of the case is flawed because “anyone who used automobiles, jets, ships, trains, power plants, heating systems, and factories since the dawn of the Industrial Revolution... has contributed to the problem of global warming.”

But experts say the oil and gas industry is more worried than it lets on about this and a series of similar cases filed in other U.S. states. “It would be absolutely devastating to the industry to have one of these high-profile cases go to trial,” said Mary Wood, a professor of environmental law at the University of Oregon. “Not only for the legal precedent it could create, but just as important, a trial would result in a broad moral indictment of this industry because it would present truly jaw-dropping factual characterizations of what the company knew” about climate change.

Calgary-based Suncor is being specifically sued in Colorado because its U.S. headquarters are based in Denver and it runs the state’s only oil refinery, which each day produces 100,000 barrels of refined oil. The oilsands giant owns gas stations that supply more than one-third of the gasoline and diesel purchased across Colorado. Exxon also has a large presence in the state.

The lawsuit alleges that carbon emissions linked to Suncor and Exxon’s operations in Colorado, along with those companies’ projects in the oilsands and elsewhere, are contributing to larger and more frequent wildfires across Colorado, a bark beetle rampage in the state’s forests and warmer than average weather that’s wreaking havoc on a $5 billion ski industry and a $41 billion agricultural sector.

Just as important to the lawsuit is the allegation that Suncor and Exxon contributed to a decades-long public relations campaign to deny the urgency of global temperature rise linked to its products. “Suncor Energy has conspired to, funded and participated in efforts to mislead people and consumers in Colorado about, among other things, climate change and the risks of fossil fuel use,” the lawsuit claims.

That might seem hard to square with Suncor’s current actions in Canada. The company is a long-time advocate of putting a price on carbon pollution and recently floated the idea of shifting the oilsands away from gas and diesel production.

In 2018, then Suncor CEO Steve Williams said politicians need to confront climate deniers. “I find it scary. And I find the current politics of it — where if you want to vote this side of the politics or that side of the politics, you have to be a believer or not a believer — is complete nonsense, and we shouldn’t allow that framing of the debate,” he told CBC.

Attorneys for Boulder and the other plaintiffs argue that these ostensibly positive steps don’t undo the damage that the company has already caused. “Suncor certainly has put on a friendlier face around climate change, they have not been as associated with aggressive denialism to the same degree as Exxon, but their actions are essentially the same,” said Marco Simons, a lead counsel with EarthRights International, which is involved in the lawsuit.

The timeline of corporate climate change denial that EarthRights is trying to prove in Colorado court begins more than 60 years ago. That was when an executive with direct ties to Suncor was warned that combusting gasoline results in the release of greenhouse gases, whose planet-warming properties threaten human civilization.

“Whenever you burn conventional fuel, you create carbon dioxide,” nuclear weapons physicist Edward Teller told a 1959 symposium organized by the American Petroleum Institute and the Columbia Graduate School of Business.

“Its presence in the atmosphere causes a greenhouse effect,” Teller said. “It has been calculated that a temperature rise corresponding to a 10 per cent increase in carbon dioxide will be sufficient to melt the icecap and submerge New York. All the coastal cities would be covered, and since a considerable percentage of the human race lives in coastal regions, I think that this chemical contamination is more serious than most people tend to believe.” In the audience that day was Robert Dunlop, then a director for the American Petroleum Institute and also the president of the Sun Oil Company. The Sun Oil Company was at the time the parent company of the Sun Company of Canada, which would later become Suncor.

“How, precisely, Mr. Dunlop and the rest of the audience reacted is unknown, but it’s hard to imagine this being welcome news,” the Guardian reported in 2018 after newly discovered documents revealing the American Petroleum Institute event were made public.

That wasn’t the only warning that predecessors to Suncor received. In 1968, decades before awareness of global warming went mainstream, a Stanford Research Institute report commissioned by the American Petroleum Institute stated that the burning of fossil fuels was likely heating the atmosphere. “Significant temperature changes are almost certain to occur by the year 2000, and these could bring about climatic change,” the report read. “If the Earth’s temperature increases significantly, a number of events might be expected to occur including the melting of the Antarctic ice cap, a rise in sea levels, warming of the oceans and an increase in photosynthesis... the potential damage to our environment could be severe.”

The lawsuit alleges that Sun Oil also received this warning. Wilburn T. Askew, the president of Sun Company of Canada, for example served on the American Petroleum Institute’s technical committees during this period. And Dunlop, the Sun Oil president who was at the 1959 speech explaining climate change’s “serious” planet-altering impacts, was president of the American Petroleum Institute from 1965 to 1967.

“From our perspective, it’s not speculative to say that Suncor, through its and Sun Oil’s participation in [the American Petroleum Institute] was very much aware of the climate science that was circulating at the time,” Simons said.

But the company did not appear to take that knowledge seriously. In 1967, Sun Oil and its Canadian subsidiaries were involved in opening up the first oilsands facility in northern Alberta, which would eventually make possible the development of the third biggest oil reserves in the world. “At the latest, Suncor was told a year later about the dangers of unchecked fossil fuel use, but plunged forward to this day regardless,” the lawsuit alleges.

Not only did Suncor ignore a growing body of climate science over the following decades, according to the lawsuit, the oilsands giant was involved in efforts to “confuse the public and consumers about the risks of alterations to the climate from fossil fuel use, in order to maintain fossil fuel demand and their fossil fuel business.” Suncor is implicated, the plaintiffs argue, through its membership in the American Petroleum Institute, which during the 1980s and 1990s ran and directed the Global Climate Coalition that spent millions of dollars on advertising claiming that fears over global warming were overblown and inaccurate.

Exxon was also involved with the coalition and has spent more than $30 million funding think tanks that question the scientific consensus on climate change, according to calculations from Greenpeace.

“The reason they’re trying to deny their involvement in API is because they know that being involved in API puts them on the hook for knowledge of climate change and the science behind it dating back decades... and also the climate denial,” Simons alleges. 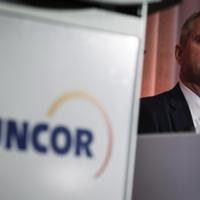 Though the Colorado lawsuit was filed in 2018, it has been tied up ever since in legal disputes over whether the trial should be heard in state or federal court. Lawyers for Exxon and Suncor are pushing for federal court. This is considered a more favourable venue for the industry because judges there have dismissed climate lawsuits on the grounds that fixing climate change is a job for Congress and the White House and not federal judges.

But in June, the U.S. Court of Appeals for the Tenth Circuit rejected a challenge from Exxon and Suncor and ruled that the Colorado lawsuit can proceed in state court. If that decision survives an additional legal challenge from the oil companies, then the lawsuit can move into the pre-trial discovery phase, where attorneys for both sides gather documents, witnesses and other evidence to support their arguments. This in itself is a time-consuming process that could take years.

Despite the legal complexities, Bookbinder said, what the plaintiffs are trying to prove for the first time in U.S. court is simple: Leading oil companies knew about the dangers of climate change decades before the general public, made huge profits selling gasoline and diesel while ignoring and concealing the environmental consequences and then passed off the heavy costs of disasters and abnormal weather onto cities like Boulder.

“We’re not trying to stop Suncor and Exxon from selling anything,” he said. “They can produce and market and sell as much as they want. What we’re saying is, the people who are making the fuel and making money off the fuel, have to pay for the problem.”