Vancouver Mayor Kennedy Stewart was elected on a promise to build 85,000 new housing units over 10 years, an attempt to outdo the previous administration’s 2017 commitment to build 72,000 new homes.

But recently released data shows the city is falling far behind its own original targets.

And the biggest shortfall is in badly needed new rental apartment buildings.

In the first three-quarters of 2019, just 649 new rental units were approved, far short of Vancouver’s annual target of 2,000.

And just 349 units have been completed so far this year, compared to last year’s banner year of 1,427 units completed.

For the city housing planners tasked with carrying out the housing plan, the lack of new rental units is a concern. Three years after a historic run-up in housing prices and rates, rental vacancy rates across Metro Vancouver remain stubbornly low, at around one per cent.

Dan Garrison, a housing planner with the city, said Vancouver is also struggling to add enough new rental units aimed at people who make between $30,000 and $80,000 a year.

That’s despite the introduction of a new program, the Moderate Income Rental Housing Pilot Program. It gives developers a break on things like parking requirements and density limits if they agree to rent 20 per cent of the building at more affordable, below-market rates.

Next week, city councillors will vote on a suite of strengthened incentives. Garrison and Stewart acknowledged the incentives won’t likely be enough on their own to ensure the city meets its housing targets.

But Stewart said he hoped councillors would “carefully consider” the staff report on the incentives.

“We are in the middle of a housing crisis, and we have to do new things to try to build as much rental housing as we can, both market and non-market,” Stewart told The Tyee in a telephone interview from Ottawa, where he was about to meet with Ahmed Hussen, the new minister responsible for the CMHC, to continue to lobby for more funding.

“I don’t know what other options there are.”

As some Vancouver residents recoil at the sky-high cost of new rentals — one recent proposal included a three-bedroom unit at $4,000 a month — developers are urging all three levels of government to ease development fees, taxes and renter protections to make it easier to get projects off the ground.

At the same time, the owners of many new rental buildings are advertising vacancies and offering discounts to attract tenants. Data from the Canada Mortgage and Housing Corporation shows that vacancies are higher for the newer, more expensive rental units than for older buildings with lower rents.

Byron Chard, president and CEO of Chard Development, said his company is still seeing high demand from prospective renters and the city should continue to encourage rental construction.

“When we rent out our buildings, for every suite we typically have 20 people on the waitlist,” said Chard.

“The argument I don’t appreciate is these are too expensive, who can afford it? When we have 20 applicants for every one suite, there’s a lot of people who can afford it who need that housing.”

In June, Vancouver city councillors considered a controversial rezoning. The owner of a multi-million-dollar home in Shaughnessy wanted to tear it down and build 21 rental units.

But a hospice for terminally ill people was next door and objected to the project. It argued construction and the influx of new people would disturb patients. Critics also complained rents at the proposed project would be very high. Council voted no to the rezoning.

But the Shaughnessy project is the only one of 14 purpose-built projects that councillors have rejected since November 2018. The rest have been approved, or allowed to proceed through the rezoning process.

Coun. Jean Swanson voted no to nine of those projects, and Coun. Pete Fry voted no to five.

Swanson, a longtime anti-poverty activist, wants to see more focus on building social housing. Ultimately, she wants to see government build and control a much wider swath of housing to protect tenants from the unpredictable housing market.

“I don’t believe that argument that increasing expensive rentals will bring prices down,” Swanson said.

“The theory is that if you build expensive rental, a richer person who’s living in a cheap rental will move into the expensive one, freeing up the cheap one for someone else. But that doesn’t work in Vancouver because as soon as someone moves out, the rent goes up.”

Developers across Canada have opted to build condos, not rentals, over the last 30 years. The ability to sell the units delivers a faster return on investment and often makes it easier to get financing. The City of Vancouver has had incentive programs in place since 2009 to encourage developers to build rental instead of condos, most commonly offering development fee waivers.

But Chard said those incentives should be increased if the city wants developers to continue to build rental, which is not as lucrative as building condos.

“Ultimately what I think the politicians need to realize is the economic times have changed,” he said. “They’re not seeing the rental applications that they used to.”

A few years ago, economic conditions were right for a boom in rental construction, Chard said. Rents were rising, interest rates were low and investors like pension funds were interested in financing projects.

But those investors are now losing interest in B.C. And according to Chard, a major factor is a decision made to protect renters. In 2018, the B.C. government decided to lower the annual allowable rent increase from two per cent plus inflation to the rate of inflation only.

Some recent changes could boost rental construction. The condo market has softened as the B.C. government has focused on curbing real estate speculation, and Garrison said that’s leading some condo developers to consider building rental instead — if the city can offer more height and density.

Chard said the federal government could help. For years, rental developers have lobbied to be exempted from the GST. They note condo builders can pass the cost on to homebuyers, while people building rental units have to absorb the cost.

“If you came to me and said, no GST, but you have to reduce your rents by five per cent across the board to compensate for that, I would say... of course,” Chard said. “I would rather charge lower rents. We are here to serve and improve our communities.”

Adrian Crook, a former city council candidate, recently released a rental housing scorecard to illustrate just how far all Metro Vancouver municipalities are falling behind when it comes to building rental housing.

“People don’t really understand the scale of the problem,” he said. “We have 10 times as many people moving here as we have rental being built.”

But Crook, who is also a renter who has benefited from rent control, said there has to be a balance between stronger renter protections and encouraging new building construction. Crook proposed that new buildings not be subject to rent control for the first 10 or 15 years.

The proposed building that included a three-bedroom apartment renting for $4,000 would be built at 1805 Larch Street in Kitsilano, a desirable Vancouver neighbourhood. It would include some lower-priced units under the city’s moderate income rental pilot program. Out of 63 units, 13 would be rented at between $950 for a studio to $2,000 for a three-bedroom. In return, the developer would not have have to pay $1.2 million in city fees. 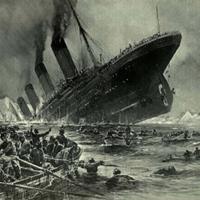 For some, like former city council candidate Brandon Yan, the 13 affordable units on a site that’s currently a church makes the building worthwhile.

“Thirteen affordable units in (Kitsilano) is the same number of units in my entire building, which are all market rents,” Yan wrote on Twitter.

But others couldn’t get over the sticker shock.

“I could vomit,” wrote Elizabeth Ashbee on the Facebook page of the Georgia Straight, which published a story about the proposed development on Nov. 14.

“I’m a third-year teacher working full-time and I couldn’t even come close to the studio cost. I can’t imagine someone working minimum wage trying to afford this cost of living.”