The British Columbia government is close to making payments that people affected by the wrongful firings from the health ministry have been waiting some five months to receive, Premier John Horgan said Thursday.

“I understand we’re very close to a resolution,” he said. “I want to get this done as quickly as possible.”

Earlier last week Ombudsperson Jay Chalke released an update on his 2017 report “Misfire: The 2012 Ministry of Health Employment Terminations and Related Matters” that found the firing of six employees and constructive dismissal of a seventh were “wrong and unjust” and should never have happened.

The firings resulted in five wrongful dismissal and defamation lawsuits that were settled out of court, a union grievance process, some of the employees returning to work, and two major investigations.

One of the fired employees, Roderick MacIsaac, committed suicide.

The provincial government hired a retired judge, Thomas Cromwell, to oversee the implementation of the Ombudsperson’s recommendations, including revisiting the grievance settlements that had been made with four former employees who were BCGEU members.

That process is yet to be completed, Chalke wrote in last week’s update.

“Additional payments to individuals are still being worked through and outstanding grievances have yet to be finally settled,” he said. “The Head of the Public Service has committed... to finalize those payments to individual British Columbians in the very near future. It is time they did so.”

In mid-September The Tyee reported that the people waiting for those payments were “disappointed and frustrated” by the “undue delay” months after amounts had been agreed to, according to their lawyer Gary Caroline.

Linda Kayfish, the sister of MacIsaac, said in an email that the government should be working “day and night” to bring the matter to a close.

“Your people made bad decisions in the past,” she said. “It has been an ugly and distasteful business that has gone on far beyond the showing of any sincere accountability. It is time for you to make a real effort and put this right.” 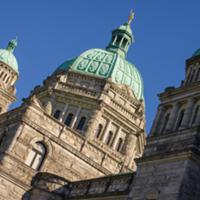 Little seems to have changed, Kayfish said. “It sounds like the same old playbook: the bureaucrats patting each other on the back while we wait in a vacuum and occasionally get some excuses. I guess if you say how good you’re doing often enough, people will believe it.”

A statement from the finance ministry provided on background said the public service has been working diligently to address Chalke’s recommendations.

“Government received re-settlement recommendations in June,” it said. “However, [Judge] Cromwell determined that more work needed to be done to ensure the process is fair and that people are compensated equitably.”

The government expects the work to be completed and the payments made soon, the statement said.

Chalke’s update said the government has completed work on all but four of the 41 recommendations he made in the “Misfire” report. Also continuing are efforts to create a more positive work environment in the health ministry, it said.

Horgan thanked the Ombudsperson for his work and said, “I want to again commend [Health Minister] Adrian Dix for not allowing this issue to languish when the previous government wanted to deny justice to those individuals that were involved in the health firings.”

He said he’s confident that work is on track and people waiting for payments will receive them soon.