Every 10 years, the pendulum swings and Vancouverites vote a new party into power. Or so they say.

If there’s a left-leaning government in Victoria, Vancouver voters will elect a right-leaning city hall. Or so they say.

Who knows if this popular local wisdom will prove to be true on Oct. 20? Pundit predictions, shaky at best, are further challenged by a mass turnover of politicians and the crowd of candidates hoping to fill their seats.

From the 158 candidates who have put their names forward, Vancouverites will elect one mayor, 10 city councillors, nine school board trustees and seven park board commissioners.

This is the first election with new campaign finance rules that aim to reduce the influence of big donors. Corporate and union donations are now banned and individuals are limited to $1,200 in donations to the campaign of any one candidate or local party. Candidates and parties also have spending caps. (Though there is a “loophole” already in play.)

The outcomes may be up in the air, but we can be certain of a vastly different political landscape as half the region’s mayors are stepping down.

Here’s what to keep an eye on.

Current ruling party Vision Vancouver first swept into power in 2008. Gregor Robertson won the mayor’s job, and successfully fought off rivals in two subsequent elections. The party championed actions such as greening the city (how can we not mention bike lanes?), reconciliation with Indigenous peoples and the construction of new affordable housing, though a reliance on private developers too was controversial for some. (Vision is a left-leaning party, which formed when candidates broke off from leftier party COPE and took more moderate positions on taxation and development.)

Whether you blame Vision for the housing crisis or not, affordability did not improve under their watch. Homelessness and rents increased and home prices continued their unhealthy decoupling from local incomes. This is unarguably the election issue.

Is there a power vacuum or will the people vote Vision again? The party’s brand and record will be put to the test this October.

It’s possible that Vancouverites are tired of left-right partisanship in municipal politics. A number of new parties have emerged branding themselves as non-partisan, and high-profile candidates are choosing to run as independents.

Vision was running Ian Campbell, a hereditary chief and an elected councillor of the Squamish Nation, for mayor until Campbell announced that he was dropping out of the race on the evening of Sept. 10. He did not share a reason for his departure. Campbell was a bold choice, but one that had observers wondering whether Vision nabbed a diversity candidate to help refresh their image. Critics have worried about Campbell’s ties to developers — he’s a member of the Musqueam, Squamish and Tsleil-Waututh Development Corporation which oversees more than 160 acres of developable land that’s currently valued at over $1 billion. But Campbell had said that he’s not a developer; rather, he’s an Indigenous community leader helping build housing “on the very land that we were forcibly removed from by the federal government decades ago.”

Vision announced on Sept. 14 that it is not running a mayoral candidate. The party is still running nine candidates for other positions.

In an attempt to prevent vote-splitting and ensure that a progressive government rules city hall, the Vancouver and District Labour Council brokered a deal between progressive parties (COPE, the Greens, OneCity and Vision) limiting how many candidates each would run for council, park board and school board. It was mostly agreed upon.

The labour council also endorsed a slate of candidates from progressive parties. For mayor, it chose Kennedy Stewart, the Burnaby South NDP MP who is leaving his seat to run as an independent.

The NPA was criticized for having a “backroom” boys mentality by Hector Bremner and Wai Young, both of whom were interested in running for mayor with the party.

Bremner, who won a council seat with the NPA in the past byelection, had his mayoral bid blocked by the NPA board for unpublicized reasons. Young, a former Conservative MP, said the NPA made it difficult for her to sign up members and failed to approve 300 memberships, including Chinese seniors who wanted to support her.

Bremner is now running for mayor with a new party called Yes Vancouver, which he helped start. His #LetsFixHousing campaign is based on the idea that building more housing of all kinds in all parts of the city – and fast – will help affordability.

Young is also running for mayor with a new party she helped start, Coalition Vancouver. So far, Young has taken a populist approach and hammered what she called a big election issue: bike lane spending. She called Vision’s efforts “city hall-sponsored artificial constriction of vehicle traffic based upon an ideological war on transportation.” Coalition Vancouver is branded as a centrist party, despite Young’s Conservative background and roots with the NPA. Young recently shared an anti-social housing tweet that called homeless people “crackheads.”

Yes Vancouver and Coalition Vancouver are also running candidates for council, school board and park board.

Candidates from new parties almost never win. But candidates for Yes Vancouver and Coalition Vancouver might sway voters who traditionally supported the NPA.

Rise of the independents

There’s another type of candidate that almost never gets voted into office — independents.

But this election has a number of high-profile independents running for positions. Many have been tied to civic parties in the past, but have decided to run on their own.

We already mentioned Kennedy Stewart, who is running for mayor.

Another left-leaning independent running for mayor is Shauna Sylvester, who was formerly a Vision Vancouver board member. Sylvester is a professor of public practice at Simon Fraser University and a director of the school’s Centre for Dialogue. She’s also a founding executive director of Carbon Talks and Renewable Cities.

For city council, there’s Sarah Blyth, well-known for her life-saving work with the Overdose Prevention Society in the Downtown Eastside. The opioid crisis is another major issue — there were 1,422 overdose deaths in B.C. last year (a record), up from 914 in 2016. Blyth isn’t a stranger to politics. She previously served two terms on Vancouver’s park board with Vision Vancouver.

Also running for council is Adrian Crook, author of the popular 5 Kids 1 Condo blog and a co-founder of supply-focused housing advocacy group Abundant Housing. Crook, who shares a similar stance on housing with Bremner and Yes Vancouver, was originally expected to join the new team. Before that, he was planning to pursue an NPA nomination.

Robert McDowell, a council candidate with the NPA in 2014, is also running independently. He is a former diplomat who helped establish HIV clinics across Vietnam. McDowell sat on the city’s LGBTQ advisory committee for four years.

Erin Shum, currently a commissioner on the city’s park board, is hoping to make a jump to council. Shum was elected to the park board with the NPA in 2014, but left the caucus to sit as an independent in December 2016 after alleging she was bullied by other NPA commissioners.

The many would-be mayors 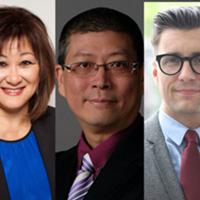 Meet the New Parties Taking on Vancouver’s Establishment This Election

Polls have put Stewart in the lead, with Sim following second.

Stewart has said he wants to leverage provincial and federal dollars for affordable housing while both the BC NDP and Liberals are interested. However, he said he wouldn’t make hasty moves to cool the market in fear of a crash.

Stewart’s lead in the polls doesn’t guarantee a victory; an Oct. 9 poll by Research Co. found that a third of surveyed Vancouverites still haven’t decided who to vote for.

The Georgia Straight recently praised Sylvester and Chen — a financial planner running for mayor with a new centrist party called ProVancouver with a “home not investments” mantra — for their “real initiative on policy development” compared to the other candidates.

It’s not just a significant number of Vancouver councillors who are choosing not to run again. More than half of the region’s mayors are also stepping down. They include Darrell Mussatto of the City of North Vancouver, Richard Walton of the District of North Vancouver, Greg Moore of Port Coquitlam, Linda Hepner of Surrey, Lois Jackson of Delta and Ted Schaffer of Langley.

Interesting races to watch include Burnaby, where longtime mayor Derek Corrigan may finally be voted out over the destruction of old rental housing in Metrotown and displacement of vulnerable tenants in favour of high-rise condos, and Surrey and Langley, where former mayors Doug McCallum and Peter Fassbender are seeking a return to office.

Changing of the guard

Wherever you live in the region, be sure to mark Oct. 20 on your calendar, because you have a civic election to vote in. Get ready to welcome a new brand of politics.

Wai Young was the only mayoral candidate to launch a campaign to the tunes of a violin. Rosemary Siemens, described as a “Canadian Violin Sensation” who’s played in the Sistine Chapel and at Carnegie Hall, according to her Twitter bio, played Katy Perry’s “Roar” as Young made an appearance at City Hall.

Vancouver had a juice man for a mayor in Gregor Robertson, who co-founded the Happy Planet Company of juice products. If Ken Sim of Rosemary Rocksalt wins, Vancouver’s juice mayor will be followed by a bagel mayor.

A crowded ballot isn’t the only thing that will make voting in Vancouver more complicated; this election will also be the first time that names are randomized. If you believe that having a name that starts with A, B, C or D used to give you an advantage, then this is a good year for city council hopeful Zhang, Wei Qiao of Vision Vancouver to run. 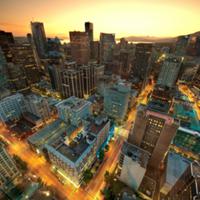 COPE council candidate Jean Swanson, the well-known local poverty activist and Order of Canada recipient, hosted an event in the heart of Shaughnessy, one of the city’s wealthiest neighbourhoods, with a giant “Jeanex” Kleenex box labelled “the rich people tissue.” Jeanex is for property owners who weep over the idea of a mansion tax, explained Swanson.

Need extra pizzazz with your #vanpoli?

Local media are doing a good job covering all the moving pieces of Metro Vancouver’s races, but if you’re looking for something wonkier and wackier than traditional news coverage, here are a few to check out:

For the City of Vancouver’s handy guide to the election — from navigating the ballot sheet to needing language support — click here.