Former forests minister Rich Coleman will have to say under oath what he knows about TimberWest’s financial troubles and the company’s sale to a pair of public sector pension funds, a British Columbia Supreme Court judge ruled Friday.

The application to examine Coleman was part of a civil lawsuit filed in 2013 alleging that TimberWest and its senior officials deliberately drove Ted LeRoy Trucking Ltd., a major contractor for the company, into bankruptcy as part of a plan to reduce costs and raise the value of TimberWest. None of the allegations have been tested or proven in court.

The plaintiffs said they believed Coleman may have knowledge relevant to the case. “As early as May 15, 2007 it appears that Mr. Coleman may have been working on ‘other initiatives’ to assist TimberWest and other forest companies,” their application said.

Documents filed in court include a May 8, 2008, email that Coleman wrote to former TimberWest CEO Paul McElligott saying “Have a green light. Need to meet on implementation. Made the sale, not sure they understand what they bought but they did. The roll out will be critical. Also have a reluctant partner in the east. They will play when pushed.”

Within a couple months there was an offer from the British Columbia Investment Management Corp. to buy the company at $15.25 per share.

BCI, formerly known as bcIMC, manages $135.5 billion for 569,000 current and former public sector employees in B.C., according to its website. By law it is required to make its decisions independently of government and cabinet. 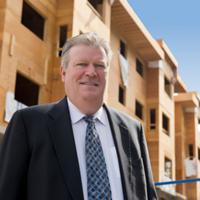 Government Had No Influence on TimberWest Deal, Says Pension Fund

TimberWest’s board rejected the offer from bcIMC, but later that year agreed to a $100-million loan from the pension fund that could be converted into an ownership stake in the company. And less than three years later bcIMC and the Public Sector Pension Investment Board bought the rest of TimberWest through a jointly owned numbered company at the greatly reduced price of $6.48 a share.

The PSPIB manages pension funds for federal public employees including those working for the RCMP and Canadian Forces.

Government lawyers opposed the application to have Coleman examined. “Mr. Coleman does not have material evidence relating to a matter in question in the action,” said a June 8 letter filed in court from Darcie Suntjens, a government lawyer representing Coleman.

Dwight Harbottle, the lawyer acting for Ted LeRoy and his wife Rebecca, successfully argued that Coleman would have knowledge of why TimberWest felt they had to seek help from the forests minister as they dealt with financial difficulties and sought a buyer. 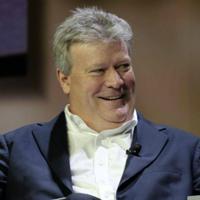 Government Lawyers Fighting to Shield Coleman from Questioning in Lawsuit

Another part of the finance ministry, the Financial Institutions Commission, regulates pension plans. Acting superintendent of pensions Michael J. Peters said in an emailed statement that FICOM “does not have any role in approving specific investments of a plan fund or reviewing the rationale for why a specific investment was selected.”

He added, “FICOMs role is to ensure that investments are made that protect or enhance member benefits under the plan.”

Followup questions about whether or not FICOM has taken steps to investigate Coleman’s role in the purchase of TimberWest by bcIMC and the PSPIB did not receive a response by last Friday.

A statement from the B.C. pension fund said the decision to purchase TimberWest was made by the infrastructure team. The fund’s website says the CEO/CIO is accountable for all investment decisions.