British Columbia government lawyers acting for Rich Coleman are arguing that the former forests minister should not have to say under oath what he knew about the sale of TimberWest and the company’s financial troubles.

“Requiring Mr. Coleman to attend a pre-trial examination for discovery rather than answer questions in writing is not proportionate given the stage of proceedings,” says the response filed Wednesday in B.C. Supreme Court.

Included with the court filing is a June 8 letter from Darcie Suntjens, a government lawyer representing Coleman. “Mr. Coleman does not have material evidence relating to a matter in question in the action,” it said, adding that Coleman was still willing to answer questions in writing.

The application to have Coleman examined under oath is part of a civil lawsuit first filed in 2013 between plaintiffs Ted and Rebecca LeRoy and defendants TimberWest Forest Corp., two associated companies and three senior TimberWest officials, including former CEO Paul McElligott.

The Tyee reported last week that documents filed in court suggest Coleman was actively involved in an initiative that eventually led to the sale of TimberWest to two funds that manage pension money for public sector employees. One was the B.C. Investment Management Corporation (bcIMC), a B.C. government agency that is supposed to operate free from political interference in its decisions.

The documents include a May 8, 2008, email that Coleman wrote to McElligott saying “Have a green light. Need to meet on implementation. Made the sale, not sure they understand what they bought but they did. The roll out will be critical. Also have a reluctant partner in the east. They will play when pushed.”

The day after receiving the email from Coleman in 2008, CEO McElligott forwarded it with the subject “Notice 102” to TimberWest’s board of directors. Within a couple months there was an offer from bcIMC to buy the company at $15.25 per share, an offer the board rejected.

But later that year the board agreed to a $100-million loan from bcIMC that could be converted into an ownership stake in the company. And less than three years later bcIMC and the Public Sector Pension Investment Board bought the rest of TimberWest through a jointly owned numbered company at the greatly reduced price of $6.48 a share.

A spokesperson for the attorney general took questions from The Tyee but didn’t have responses by publication time. bcIMC has not responded to interview requests.

Dwight Harbottle, the lawyer representing the LeRoys, said he was surprised by the response since it is clear from the documents filed in court that Coleman did have knowledge of the matter.

TimberWest was in financial trouble and for some time had been seeking a buyer, Harbottle said in an interview. “I personally think they were having difficulty selling this business and they needed a purchaser, and [Coleman’s] going to have something to say about that, what he was told.”

“He’ll have knowledge as to why this company felt they had to go to a minister to assist in achieving a sale.”

Harbottle said he had previously sought written answers from Coleman, but had not received a response.

“It’s strange to me that somebody at that level can be called upon to use the funds available to bcIMC, for pension purposes and security purposes for pensions, to bail out a company,” he said, adding that he may seek to examine bcIMC officials as well.

A hearing on whether or not Coleman will have to answer questions under oath is scheduled for June 22.

“This situation raises a lot of questions about how independently that pension plan operates from political intervention and interference,” said Duff Conacher, the co-founder of Democracy Watch. “I’ve never heard of a minister going to bat for a private company in that way, especially with a public pension plan.” 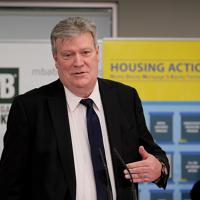 Usually when a government bails out a private company there’s a public process around it and the decision making should be fully transparent, he said.

“It raises big questions about whether there are more examples,” he said. “It’s up to bcIMC to disclose whether there have been any other instances in the past of ministerial interference like this.”

The fact that TimberWest has been a significant donor to the BC Liberals also means there’s the appearance of a conflict of interest, even though past rulings suggest B.C.’s Conflict of Interest Commissioner is unlikely to see it that way, Conacher said.

A statement from the ministry of the Attorney General said, “It is common for the Province to provide legal representation to public servants acting in the course of their employment.” The opposition to having Coleman examined in person is because “It helps ensure the fair treatment of public servants and the effective management of government.” A question asking for comment on whether the government was hoping to prevent the relationship between cabinet and the bcIMC being examined received the following response: “Legislation precludes government from speaking to the details of any individual indemnities, including whether anyone has applied for, been granted, or been denied an indemnity.” The ministry couldn’t provide further comment while the matter is before the courts, it said.