Attending class will be a lot safer in four years for the 1,700 Vancouver secondary students who will attend a newly built Eric Hamber Secondary.

Education Minister Rob Fleming announced yesterday the government will spend $79.3 million to replace the school for the largest seismic project in Vancouver history. Construction is scheduled to begin in 2019 and finish by 2022.

It’s the fourth seismic upgrading announcement in the Vancouver school district alone since the government promised to speed up seismic upgrades last fall. Since that time the ministry has announced $335.6 million in new seismic upgrade projects across B.C.

And unlike existing school buildings which are seismically upgraded to a level that ensures student safety but would need to be replaced following an earthquake, the newly built Eric Hamber should still be safe to use as a school following a quake, Fleming said.

“This is going to be a model school — along with other schools on the coast — of seismic safety,” he said, adding new schools will also play an important role for public safety in the aftermath of a disaster like a massive earthquake.

The new school will also meet the LEED gold energy efficient standards, as is required for all public buildings in the province.

Named after B.C.’s 15th lieutenant governor and opened in 1962, the original Eric Hamber Secondary will continue to be occupied by students during construction. The province estimates keeping the students in place will save $16 million in costs for portable classrooms or busing to accommodate students elsewhere. 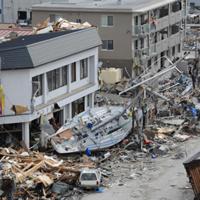 Earthquake, Tsunami, Dead Schoolchildren: A Lesson for BC

The original school will be used as swing space after the new Eric Hamber Secondary is opened to temporarily accommodate students at other schools undergoing seismic upgrades or replacement.

The government funding for the project is not connected to the controversial property surtax the government wants to introduce for homes worth over $3 million.

Instead it’s part of the $560 million the education ministry set aside in its three-year capital plan for seismic upgrading projects. While 170 schools have been upgraded or replaced since the government began this project in 2004 , another 176 schools remain seismically “high risk”. Of those, 116 have no upgrading plans at all, including 49 schools in Vancouver.

The original seismic mitigation program timeline was scheduled to be completed by 2020. However in 2015 the then-Liberal government extended that timeline to 2025, except in Vancouver where it was extended to 2030.