Stress can often reveal an individual’s true character. By the same token, a natural disaster can reveal something of a country’s true character. In the case of the magnitude-9.5 Japanese earthquake of March 11, 2011, both individual and national character were stressed as they had not been since the end of the Second World War. As B.C. faces the prospect of a similar disaster, we may learn something from the Japanese experience.

Richard Lloyd Parry was in a particularly good position to study the effects of that stress and write about it in Ghosts of the Tsunami. A longtime resident of Japan, Lloyd Parry is the Asia correspondent for The Times, and he speaks fluent Japanese. When the quake hit, as he describes it, he was at work in a Tokyo high-rise office building. It came through with only minor damage. It had been designed to; Japan’s building codes require the highest standards. 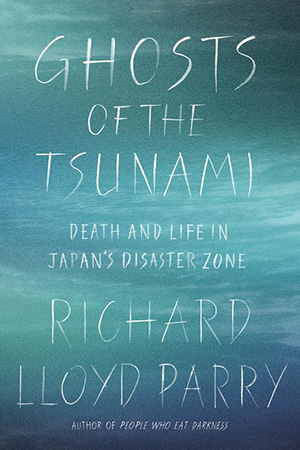 Yet at the same time, Tokyo knows it will someday face a major quake right beneath it, and thousands will die despite those standards. How will the survivors respond?

Lloyd Parry explores possible answers to that question by focusing on just one incident in the March 11 catastrophe: the deaths of 74 schoolchildren and most of their teachers, who ignored urgent warnings and then marched the children right into the oncoming tsunami.

Out of almost 20,000 deaths, this handful seems negligible. But as Lloyd Parry observes, the safest place to be in a Japanese earthquake is a building, and the safest building to be in is a Japanese school. Okawa Elementary was just such a school, and its staff conducted regular drills. On March 9, a smaller quake led to the orderly evacuation of the school just as everyone had been trained to do.

But they had not been trained to cope with a tsunami, and the school’s emergency planning said nothing about it. So on March 11, teachers and kids stood in the school playground on a cold, snowy afternoon, right at the foot of a hill they could have climbed to reach safety. A few parents arrived to pick up their own children, but the rest stood and waited — even when a car full of municipal officials drove by, urging them to get to high ground.

When the teachers finally decided to move the students, it was to a nearby traffic island. To get there, they walked down a street just as the tsunami was coming up it. Only a few students and one teacher survived, having turned and run for the hill behind the school.

Much of Lloyd Parry’s account deals with the response to the disaster in general and the Okawa schoolchildren in particular. He marvels at the calm and discipline of the survivors. Having suddenly lost their homes, or been told to evacuate to escape the radiation from the Fukushima nuclear power plant meltdown, they settled down with no fuss in school gymnasiums and other temporary shelters. The mother of one Okawa victim, having recently given birth to another child, went on cooking and caring for her children and elderly relatives while wondering what had become of her daughter.

These were ingrained cultural and personal responses. So were the ghosts that people began to see — and to be possessed by. A car mechanic took his family to see the tsunami zone and then seemed to go mad. A Shinto priest exorcised him. A nurse who had not experienced the tsunami found herself possessed consecutively by over 20 ghosts, one so young it could only call for its mother. A Buddhist priest patiently exorcised each one.

Such responses stemmed at least in part from the culture of Tohoku, the northeast coast of Japan where ghost stories are an ancient tradition. But not all survivors expressed their shock and anguish through ghosts. Some of the parents of the Okawa children responded by digging through the mud for weeks and months in search of their children. One mother even became a qualified backhoe operator. She and others also became obsessed with learning exactly how their children had spent their last minutes.

That was a break with tradition. In Japan, authorities can normally apologize abjectly and repeatedly for mistakes, and then carry on business as usual. A group of Okawa parents rejected the municipal officials’ endless bowing, heaping them with abuse. Eventually the parents sued, and pursued their case through the very slow Japanese court system until they won sizeable awards. (The officials are now appealing the decision.)

But in the process, the litigious parents found themselves culturally isolated even from friends who had also lost children and other family members. Lloyd Parry (who visited the region repeatedly for years and interviewed many of the Okawa families) argues that Japanese culture regards negligent institutions much as it regards disasters: as sorrows to be endured, because protest is futile.

Richard Lloyd Parry is a good journalist and a good writer. He puts us on the Okawa school playground as the snow falls on shivering children, and we feel we know many of the kids and teachers. He puts us as well in the stinking post-tsunami mud as the parents search for their children and must sometimes be content with just a shoe. We can understand and empathize with them, whatever the cultural differences.

The Japanese have lived with earthquakes for centuries; most of us on the B.C. coast have rarely felt more than a few seconds of mild shaking. But we know about the big subduction quake of Jan. 26, 1700, if only because it sent tsunamis across the Pacific and Japanese harbour officials recorded them. And we know another big one is inevitable.

But we are nowhere near as ready as the Japanese. Our building codes aren’t as tough, we house thousands on soils that will liquefy, and we rarely train residents how to respond to a quake. 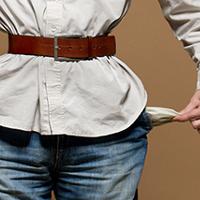 Memo to Governments: Put More Fat in Your Budgets

Japanese school buildings may be safe, but not ours. We have 346 schools in our Seismic Mitigation Program. As of February, 170 schools had completed their retrofitting, 11 were under construction and 20 were proceeding to construction. Twenty-nine schools are still developing the business case for retrofitting, and 116 are “future priorities,” including 16 schools in Richmond and 49 in Vancouver.

If a magnitude-9.0 megathrust quake hits us on a school day, even without a tsunami, far more of our children than Okawa’s 74 kids will die.

We have not had centuries to assimilate sudden disaster as a condition of our existence. Our culture may be as fragile as our schools and homes. If so, even if the quake includes no tsunami, we too will be haunted by our children’s ghosts.