Critics say the text of the revised Trans-Pacific Partnership and the opaqueness around the process show little has changed in the agreement since the Conservatives negotiated the original deal eventually signed by the Liberals in 2016.

The agreement between 11 Pacific Rim nations was renegotiated after the United States pulled out last year before the original TPP could be instituted. It was renamed the Comprehensive and Progressive Agreement for the Trans-Pacific Partnership.

But there doesn’t appear to be anything progressive about it, said Sujata Dey of the Council of Canadians.

Dey said the document is missing a number of ideals Prime Minister Justin Trudeau champions, such as Indigenous rights.

There’s barely any mention of labour rights or gender issues in the document, said Dey, who argued it’s not much different than the one formerly worked out by Stephen Harper’s government.

“It’s still the old TPP except about 20 different parts of it,” Dey said. “You’re taking the same agreement and you’re putting ‘progressive’ in front of it.”

Ramifications from the agreement for Canadian auto workers and the supply management system remain, Dey said, who accused the Trudeau government of “caving” to the demands of other countries.

The text of the deal is not the only aspect of the agreement that annoys critics.

The co-founder of government watchdog and transparency advocate group Democracy Watch said regular Canadians, and not just politicians and bureaucrats, should be allowed to see the drafts of trade agreements before Ottawa signs them.

Duff Conacher said Canadians have a right to know what their government is signing on to. He noted that the federal government didn’t include “side letters” when it released the text of the agreement last night.

Side letters are non-binding agreements countries made with each other around the agreement. Conacher wants to know what deals Canada is involved with.

“They go into these meetings without telling the public the details of what their bottom lines are or even any real general details and then it comes out the other end with no public disclosure,” Conacher said. “The public has a right to know, and there’s absolutely no justifiable reason for hiding the government’s stance in a general way on these issues so the public can give feedback.”

He said the government line is that it would be impossible to negotiate such a deal with the public knowing the details. While it’s true millions of people cannot sit at the negotiating table, it doesn’t mean the public should be kept in the dark, he said.

The Department of Global Affairs said the side letters will be released “as soon as possible.” Chile has offered to host a signing ceremony for the deal March 8, said department spokesperson Natasha Nystrom in an email.

“After signature, each CPTPP country will undertake its own domestic ratification procedures. For Canada, this will include further domestic engagement, the tabling of the CPTPP in Parliament and the introduction of implementing legislation,” Nystrom wrote. 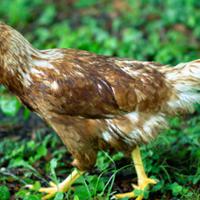 That timeline isn’t good enough for NDP trade critic Tracey Ramsey, who echoed Dey and Conacher’s statements in her own release late Wednesday.

Ramsey said while some of the more controversial parts of the old agreement are suspended, letting the public know what Ottawa has signed on the side only after the deal is actually inked is problematic because of its secretive nature.

“The many side letters that have been completed, including ones relating to protection of our culture and automotive sector, will not be released until after the official signing of the deal,” Ramsey said.

“The agreement does not contain a gender chapter or a chapter on the rights of Indigenous peoples, and establishes very weak labour provisions. How can the Liberals brand this deal in any way progressive?”

After the deal is signed in March it must be ratified by Canada before taking effect.