China is using Canada to help portray itself as a world leader on climate change despite Beijing’s plan to continue increasing emissions until 2030, says an expert on China’s government and its approach to international relations.

Charles Burton of Brock University said China’s participation with Canada and the European Union in a climate conference Saturday in Montreal is aimed at furthering its goal of replacing the U.S. as the dominant global superpower.

Officials from Canada, the European Union and China will meet to discuss climate action and implementation of the Paris Agreement, according to a statement from Environment and Climate Change Canada.

The meeting will include attempts to persuade “key international business leaders” to pursue business opportunities in the shift from fossil fuels, the statement adds.

“This meeting brings together major economies and key climate actors to advance the implementation of the Paris Agreement and demonstrate continued commitment to global action on climate change,” it said.

Since the U.S. pulled out of the Paris Agreement to limit global warming in June, Washington has lost its reputation as a leader in the fight against climate change.

Almost 160 parties have ratified the agreement, which came into effect in November 2016. Only China, Canada and the EU will be at the Montreal meeting.

Burton noted that China, which has committed to meeting the goals of the Paris Agreement, isn’t going to start reducing carbon emissions for another 13 years.

Ottawa, he said, is helping Beijing burnish its image as the two countries move forward on formal talks on a free trade agreement.

“China wants to do this, and Canada seems to be very compliant on Chinese demands because we want to seek concessions from China on trade,” Burton said.

Environment and Climate Change Canada did not reply to a request from The Tyee to interview minister Catherine McKenna.

While developed nations scale back emissions, the Paris Agreement allows China, as a developing country, to increase its carbon output until 2030 before scaling back.

Burton said the deal is good for China. As nations like Canada implement tighter emissions controls, Beijing can take advantage of lower production costs for its exports.

“It makes the Chinese products more competitive in the international market,” he said. “On this thing, China is win, win, win all the way.”

Erin Flanagan, the federal policy director of the Pembina Institute, is more positive about China’s presence at the meeting.

Flanagan said the meeting offers countries a chance to come together to “find a path forward” on climate change.

“We need to have all the big players in the room,” she said. “It is a challenge that requires action across all borders.” 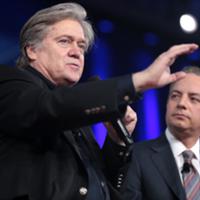 What If Trump’s ‘Dark Prince’ Is Right about China’s Plan for Global Conquest?

Flanagan said having a large emitter like China at the meeting lends credibility to the conversation.

China is taking big steps to fight climate change, she added. Without setting a deadline, China has announced it will look at banning the sale of gasoline-fuelled cars in the future.

It has also cancelled plans to build more than 100 coal-fired power plants.

Flanagan described both moves as “inspiring.” China’s size means its actions on climate change are globally important, she said.

But Burton said it’s unlikely China will honour the agreement to reduce emissions in 2030.

“The Chinese government always takes into account current conditions and implementation,” he said. “You have to look more specifically at exactly what they will be doing in the short term.”