After 15 years, BC Hydro is terminating its contract with Accenture Business Services and returning the outsourced work to the Crown corporation.

The move reverses a BC Liberal policy that ministers and MLAs promised was going to save the public hundreds of millions of dollars.

It’s up to BC Hydro to explain why it is terminating the contract with Accenture, said David Black, the president of MoveUP, the union that represents workers at both BC Hydro and Accenture. “From our point of view it would seem this experiment wasn’t as successful as some had hoped,” he said when pressed, adding the union isn't privy to all of the details. “It certainly didn’t live up to the promises I think people were hoping for.”

Black said returning the approximately 500 workers to BC Hydro will be good for his members, the utility and ratepayers. “We think it’s really good news.”

A document posted last week on the BC Utilities Commission website says that BC Hydro gave notice on March 2 to its employees that the contract with Accenture will not be renewed and will end on April 30, 2018.

The contract includes “certain aspects of customer services, human resources, finance, office services and temporary work.” BC Hydro has until April 5 to give the BCUC information about terminating the contract and how the decision may affect the utility’s finances.

When BC Hydro entered the 10-year contract with Accenture in 2003, later renewed for five more years, it was part of a wave of outsourcing that saw B.C. government and Crown corporation work contracted out to companies including Maximus, IBM and Telus.

Over those first 10 years, BC Hydro was supposed to pay Accenture $1.45 billion. Liberal MLAs, including then energy minister Richard Neufeld, claimed the arrangement would save BC Hydro $250 million. 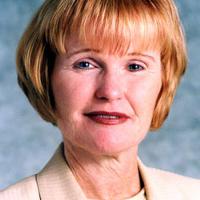 By year six of the contract, BC Hydro had already paid Accenture $1.17 billion, or more than 80 per cent of the agreed total.

Instead of delivering the promised savings, the amounts paid to Accenture rose by tens of millions of dollars. In 2007-2008, for example, BC Hydro paid the company $201 million, about 50 per cent more than expected.

BC Hydro would not provide anyone to be interviewed on the reasons for the change.

In an emailed statement, BC Hydro spokesperson Mora Scott said that Accenture had “done a great job delivering efficiencies” and that the contract had saved the utility $250 million while providing world class call centre service. “Going forward, we are exploring new technology solutions to meet changing customer needs and feel the best way to do this is to do the work in house,” she said. “We are pleased to be working together on this through a new partnership with MoveUP.” 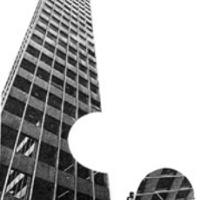 Accenture's BC 'Cornerstone' Looks to Be Crumbling

Accenture did not respond to a request for comment Monday afternoon.

But MoveUP’s Black said the promised cost savings never materialized. Service will be improved when customers can deal directly with BC Hydro employees, he added. “I think it gives customers a direct input in the company instead of going through a third party.”

Any savings from moving the work back into BC Hydro should be passed on to ratepayers through lower rate increases, he said.

Black said BC Hydro’s board decided to terminate the contract with Accenture and management approached the union about the change. “We’re pleased we were able to come to an agreement with BC Hydro on this,” he said, noting the union had opposed the outsourcing in the first place.