Just seven years ago, Accenture touted British Columbia as the "cornerstone" upon which it would build an outsourcing juggernaut capable of providing back office operations for utility companies across North America. 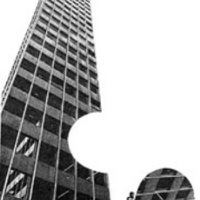 Today, that cornerstone looks to be crumbling.

Many of Accenture's senior managers in our province, including those most integral to the landmark outsourcing deal signed in 2003 with BC Hydro and Power Authority, have left for greener (or, at least, different) pastures.

As was reported earlier by The Tyee, Peter Leighton and John Icke, two of the firm's highest-profile executives in B.C., quit to join penny-stock companies trading on the TSX Venture Exchange.

More importantly, documents filed with the British Columbia Utilities Commission (BCUC) reveal that all three of Accenture's biggest clients in this province -- BC Hydro, BC Transmission Corporation, and Terasen Gas Inc. -- have "repatriated" operations previously outsourced to the firm.

It all leads to an intriguing question: are Accenture's outsourcing operations in British Columbia doomed?

Formerly known as Anderson Consulting, a management-consulting adjunct of the accounting giant, Arthur Anderson, Accenture was born on Jan. 1, 2001. By mid-summer of that year, on July 19, 2001, a stand-alone Accenture began trading on the New York Stock Exchange.

Eight weeks earlier, Gordon Campbell's BC Liberals had won B.C.'s 37th general election. The party's election platform, A New Era for British Columbia, listed an extensive array of promises, including a pair (on page nine on the document) to protect two of the province's Crown corporations.

The first was "Not sell or privatize BC Rail." Within 24 months of the election, however, Campbell announced that all of the shares of BC Rail had been sold to CN Rail, and the latter company given a 990-year lease to operate over the publicly-owned railway's tracks.

The second pledge was to "Protect BC Hydro and all of its core assets, including dams, reservoirs and power lines under public ownership."

Within weeks of winning power, in August 2001, the BC Liberals appointed Larry Bell -- a provincial deputy finance minister in the early 1980s, BC Hydro's chair in the late 1980s, and a prominent BC Liberal strategist in the 1990s -- as both chair and CEO of the publicly-owned utility.

And two short months later, Bell's Hydro issued a "request for expressions of interest" (RFEI) asking private-sector operators for proposals to outsource many of the Crown's functions and services. By the spring of 2002, 19 different proposals had been whittled down to just one: Accenture.

After nearly a year of negotiations, the historic contracting out agreement between BC Hydro and Accenture was signed on Feb. 28, 2003. It required the former to pay the latter a total of $1.45 billion over a 10-year period, with Accenture taking over responsibility for running a number of the utility's "back-office" operations.

In all, nearly 1,600 BC Hydro employees -- the majority of whom worked at administrative or clerical tasks -- were transferred to a newly-created entity, Accenture Business Services of B.C. (ABS).

Shortly, the Campbell Liberals pushed further ahead with their unique plan to "protect" BC Hydro by hiving-off one of the utility's three main functions, transmission (the others being generation and distribution) by creating a new Crown entity.

Initially, another 276 BC Hydro employees were transferred to the newly-established BC Transmission Corporation, their ranks bolstered by an unknown number of ex-Hydro staffers, now employed by Accenture.

These developments seemed to portend wonderful things in B.C. for Accenture. Indeed, Dave Seibel, the then-country managing director for Accenture Canada, vowed that his firm was "committed to building a world class operation in British Columbia."

Going further was Mary Tolan, a senior executive at the consulting behemoth. "Utilities throughout North America are under pressure to reduce costs," she declared. "Accenture Business Services of B.C. will become the cornerstone of our ability to offer clients an immediate opportunity to reduce costs and receive a higher quality of services in a number of important areas of their business."

The first hint of trouble for Accenture appeared in 2007, in a B.C. Utilities Commission order dated June 12. The matter at hand was a Transmission Corporation application that included a financial filing for fiscal 2008.

That financial filing explained that BCTC intended to hire 40 new employees in the coming fiscal period. However, that number did not include "10 positions added due to the repatriation of functions from the Accenture Business Services of British Columbia Limited Partnership."

No further information was provided in the order.

A second sign of distress was seen a year later, on Sept. 29, 2008, when Joanna Sofield, BC Hydro's chief regulatory officer, wrote a letter to the BCUC in response to questions posed by the Canadian Office and Professional Employees Union (COPE), Local 378.

"BC Hydro has terminated most of the purchasing tower," Sofield's letter admitted. "Since the purchasing services were outsourced to ABSBC [Accenture], BC Hydro became aware that significant benefits could potentially be realized by redesigning its internal procurement processes."

That redesign involved BC Hydro's creation of an Office of the Chief Procurement Officer, and in August 2008 the publicly-owned utility sent a "termination notice" to Accenture. As many as 27 jobs were transferred -- or, "insourced" -- away from the firm, back to the Crown corporation.

Some measure of BC Hydro's dissatisfaction with Accenture's handling of procurement may be gleaned from the fact Sofield did not attempt to convince the BCUC that the Crown corporation would realize any financial savings from the move. Indeed, she explained in her letter that BC Hydro would see a "net annual increase in costs" of $165,000.

Worse was to come.

Terasen Gas Inc. was the third utility giant in Accenture's B.C. "cornerstone." The story goes back to 1988, when Bill Vander Zalm's Social Credit government privatized BC Hydro's Mainland Gas division by selling it to Inland Natural Gas Company, a utility based in the province's Interior.

Renamed BC Gas Inc., the private company retained BC Hydro to continue providing a number of services -- including meter-reading and billing -- in the Lower Mainland.

Then, in 2001, BC Gas teamed up with Ontario-based Enbridge Inc. (previously Consumers Gas Co. Ltd.) to form CustomerWorks Limited Partnership. The latter entity would provide customer-oriented and back-office services to Enbridge customers in Ontario, and B.C. Gas clients in the Interior. About 135 BC Gas employees were transferred to CustomerWorks LP.

The following year, BC Gas moved nearly all of its in-house administrative operations over to CustomerWorks -- except meter-reading in the Lower Mainland, which remained contracted-out to BC Hydro.

Not long thereafter, Enbridge and BC Gas -- now renamed Terasen Gas Inc. -- decided to outsource the management of CustomerWorks to Accenture.

According to filings with the BCUC, Accenture's administration of CustomerWorks resulted in the transfer of hundreds of B.C. jobs outside of the province.

At first, Terasen had few concerns with Accenture's administration. But that changed as the gas utility began to document a "declining state of customer service," and grew increasingly concerned over "long-term risks to the Company and its customers."

For starters, Terasen was hit with 26 complaints from the Better Business Bureau in 2008 and the first few months of 2009. Moreover, all of those complaints involved issues the company felt "should have been handled by [Accenture's] call centre staff," but were not.

Even worse, the gas utility twice suffered a public black eye when a CTV news program in Vancouver, Olsen on Your Side, aired grievances from dissatisfied Terasen customers. One program detailed the plight of an elderly person who had been hit with an incorrect, $11,000 bill.

A turn to 'insourcing'

Two reasons were provided by Terasen to the BCUC to explain how things got so out of hand.

First, "the majority of the management workforce [at Terasen] who historically had responsibility for staff training and overseeing the day to day business processes were transferred to the outsourcer [Accenture]."

Consequently, the "decision by the outsourcer to move the majority of work out of province has not only resulted in the replacement of the original Terasen Gas management staff, it has also impacted the Company's ability to exert more direct control."

Simply, Terasen managers who had been transferred to Accenture at the beginning of the decade lost their jobs when the outsourcing giant moved its operations out of British Columbia. As a result, staff working in the Philippines and elsewhere did not have experienced management overseeing them, and the quality of customer service deteriorated significantly.

In light of these growing and potentially-damaging problems with its customer relations, Terasen asked the BCUC to approve a reversal of its outsourcing arrangement with Accenture, in two parts.

The first would see an "insourcing" initiative whereby Terasen pledged to establish two new call centres in B.C. Located in Prince George and Surrey, they would create more than 100 and 200 new local jobs respectively.

The second initiative involved "strategic sourcing," as the gas utility will contract with local suppliers for tasks such as statement printing, mailing and collections.

In the next few months, the BC Transmission Corporation will be re-merged with BC Hydro, from whence it originated six years ago.

And that means Accenture, instead of providing outsourcing services to three large B.C. utilities, will be working with just one -- BC Hydro.

And what does the future hold at B.C.'s largest Crown corporation, where Accenture's 10-year contract is set to expire in 2013?

It is interesting to examine Terasen's submission to the BC Utilities Commission, especially the evidence on recent trends in outsourcing. Consider the following: "Although Business Process Outsourcing continues in the utility industry, it has not experienced the rapid adoption that was forecast five or ten years ago," Terasen wrote in one submission.

And: "The broad Business Process Outsourcing model, while attractive in the early 2000s, is no longer a leading choice for utilities."

In fact, call-centre outsourcing by utilities peaked in 2006 at 22 per cent, according to Terasen. But by 2009, that figure had collapsed to just 12 per cent.

Events in Calgary offer an ominous portent. There, in 2008, ENMAX Corporation, the city-owned utility -- also a big, independent power producer in British Columbia -- abruptly cancelled a 10-year contract with Accenture barely at the half-way point.

Again, Accenture's transfer of jobs out-of-province resulted in a growing number of complaints from ENMAX customers.

The evidence to date seems to offer little reason for BC Hydro to retain Accenture's services after 2013. The British Columbia "cornerstone" once envisioned by the outsourcing giant seems to have crumbled.