The British Columbia government has pulled a television ad that claimed $20 billion has already been invested in the LNG industry in the province, but denies the decision was due to a citizen’s complaint to the industry body that self-regulates advertising in Canada.

Blogger Merv Adey reported Thursday that a complaint about the liquified natural gas ad one of his readers had made to Advertising Standards Canada (ASC) had succeeded.

“Rather than respond to the complaint… the B.C. Government has decided to withdraw the misleading $20-billion figure from all its advertising,” he wrote. “The ASC now considers the matter closed, though a case summary with no names attached will appear on the ASC’s quarterly report.”

ASC is a non-profit group with a long list of corporate and government members that aims to foster community confidence in advertising by upholding a code of standards.

Adey wrote that the $20-billion figure for LNG investment was misleading. He had previously reported that the government was including money that companies had spent buying rights from each other as well as a “pretty arbitrary” percentage of all the money spent on natural gas development in the province’s northeast in the past four years.

The money for rights sales was not new money and would not have flowed into the local economy or created any jobs, he wrote.

A spokesperson for the natural gas development ministry did not return The Tyee’s calls Thursday.

A spokesperson for the advanced education ministry, responsible for government advertising, confirmed the government had pulled the LNG ad early and replaced it with one about restoring forests. Both ads were part of a $1.5-million climate leadership ad campaign launched Nov. 4.

The decision to take the LNG ad out of rotation “a few days” early was not directly due to the complaint, the spokesperson said. He said Advertising Standards Canada had “erroneously” told the complainant in a Dec. 21 letter that it was.

After the government complained to the ASC about the Dec. 21 letter, the agency sent a second letter to the complainant. “The letter states: ‘In effect, the substance of the complaint was not determined by ASC or Standards Council. However, the advertiser opted to remove the advertisement and ASC now considers the matter closed.’” 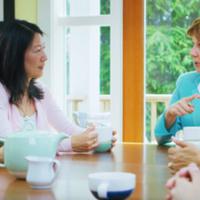 The advanced education ministry spokesperson said the government had sent material supporting its claim to Advertising Standards Canada, which said it was going to review the matter.

It made sense to pull the ad since it was coming out of rotation soon and was getting complaints, the spokesperson said.

A representative of the ASC, headquartered in Ontario, could not be reached Thursday afternoon.

“We expect government advertising to be informative, reasonably accurate, and necessary communication, because we pay for it,” Adey wrote. “Party advertisements during campaigns aren’t (sadly) held to the same standard. We can’t stop the BC Liberal party from making stuff up. But we can work to stop taxpayer funds being abused in the service of partisan ends.”