The number of people receiving federal Employment Insurance benefits increased across British Columbia in October, with some parts of the province seeing increases from a year ago of up to 138 per cent.

B.C. had the third largest increase in EI beneficiaries in Canada from September to October, behind only Saskatchewan and Alberta, Statistics Canada reported this week.

“In British Columbia, the number of EI beneficiaries rose by 2.1 [per cent] to 56,100,” according to Statistics Canada’s newsletter The Daily. “Increases were observed in Abbotsford–Mission (+8.3 [per cent]) and Kelowna (+6.7 [per cent]), while there was little change in Vancouver and Victoria.”

Compared to a year earlier, the number of beneficiaries was up 1.5 percent, but that figure masks large regional disparities.

Municipalities in the north saw the largest jumps, with the number of people receiving EI growing by 90 per cent in Dawson Creek and 138 per cent in Fort St. John. (StatsCan cautions that “Part of the year-over-year increase could be related to EI policy changes that came into effect in July 2016.”) 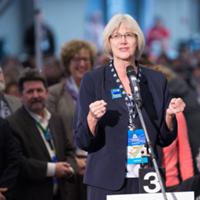 In BC’s ‘Strong’ Economy, Many Signs of Struggle for Average Workers

Vancouver and Victoria are doing relatively well compared to the rest of the province thanks to real estate, said Carole James, the NDP finance critic. “I think it shows, as we’ve said all along, that this government has built their budget and their economy on the real estate market,” she said. "You can’t build a long-term stable economy on real estate speculation."

The Globe and Mail recently reported that residential construction and real estate services made up 21 per cent of B.C.’s GDP in 2015, and since 2011 have accounted for 35 per cent of the province’s GDP growth.

Meanwhile the government has ignored industries like forestry that are important outside the Lower Mainland, James said. “The rest of B.C. is really struggling,” she said. “You certainly feel it when you go into those communities. Communities are struggling.”

The Employment Insurance figures echo October caseload statistics for provincial income assistance, or welfare. Those show that while the number of people receiving benefits had increased by 4.3 per cent from a year earlier, the growth was larger in the north, where welfare rolls had increased 10.7 per cent.

Neither Social Development Minister Michelle Stilwell nor Jobs, Tourism and Skills Training Minister Shirley Bond were available for an interview. 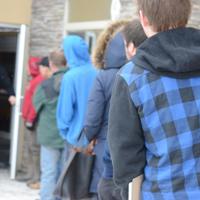 BC's 'Bright Spot' Economy Not So Sunny in North and Interior

In an emailed statement Bond said that policy changes made in July increased the number of people eligible for EI in some regions, including the province’s southern interior and the north. Fort St. John, Kelowna, Penticton, Vernon and Kamloops have all seen a decrease in claimants since then, the statement said.

“We know that the global economic situation continues to remain fragile, which is why our government will remain focused on the long-term goals set out in the BC Jobs Plan,” Bond said. The statement said “overall economic trends continue to remain positive” and noted B.C. has led the country in economic growth and job creation since 2011.

Shane Simpson, the NDP’s critic for economic development and jobs, said one economist told him B.C.’s economy is “the cleanest dirty shirt” in Canada, meaning that the provincial economy is weak despite leading the country in GDP growth.

“The economy’s simply not that strong for many people,” Simpson said. “Almost three quarters of the job creation the premier is touting lately is part-time jobs, and people can’t live on that.”

The economic weakness is reflected in rising welfare numbers, record food bank demand and a drop in charitable giving, he said. Wages have been flat in the province for a long time while the cost of living has been steadily rising, he said. “It’s just not the strong economy the premier talks about.”