The federal Green Party is staying quiet after it signed a compliance agreement with the commissioner of Elections Canada admonishing the party for use of “misleading” polling data in the 2015 federal election.

Meanwhile the NDP MP who won the Victoria riding where the offence took place said he's “disappointed” with his opponent's actions.

According to Elections Canada, the Green Party distributed polling data through 1,200 flyers showing the race in Victoria was neck and neck just before election day on Oct. 19, 2015 to coincide with a visit from party leader Elizabeth May.

The flyers said there was just a single percentage point separating NDP candidate Murray Rankin and Green candidate Jo-Ann Roberts at 36 to 35 per cent of support in the riding.

It was tagged, “‘It's a Two-Way Race – the Choice is Yours Victoria – Latest Polling Results.’”

The problem, said Elections Canada in the agreement, is the information came from a poll with a margin of error of 9.8 per cent and that information should have been included in the flyers in accordance with the Elections Act. About 72,000 people in the riding cast votes last October.

Steve Mossop, president of public polling firm Insights West, said a poll with such a high margin of error can be extremely inaccurate.

He said most reliable polls for political races have between 800 and 1,000 respondents and the poll used by the Greens had likely surveyed 150 people at the most.

“It's a meaningless poll,” Mossop said. “It's definitely picking a positive result that makes you look good, and publishing it.”

Elections Canada had sent out reminders to party officials about the rules around releasing polling data, including to Emily McMillan, the party's executive director, but the advisories were not passed on to others in the party.

“The contracting party's executive director and other party employees and volunteers had little experience with the publication of election survey results,” reads the compliance agreement.

Elections Canada also said the sample size of the six-day poll was only intended for internal party use and it was held onto for five days to coincide with the May visit yet claimed the polls were the “latest results.”

The department said the Green Party's use of the data was “misleading.”

Now the Green Party must draft a message to be displayed on its web page for 30 days explaining the compliance agreement and why it was signed to those who visit the site.

It must also send the message to media and its own party members.

The agreement is voluntary but says in exchange for fulfilling the agreement Elections Canada will not refer the matter for prosecution. 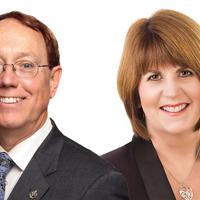 'It's Close': In Victoria, Greens Gunning Hard for NDP Seat

The race for Victoria was one that came into the national spotlight because of how close it was pegged to be during an election in which strategic voting was predicted by some to be a factor.

The Green Party would not comment further on the issue, but did put out a statement about the compliance agreement on its website. It can be read here.

Meanwhile Rankin, who won the seat beating out Roberts by 7,000 votes, was reserved in his comments about the situation.

“The rules governing election campaigns are critical to ensuring we have fair elections so it is disappointing that this happened,” Rankin said through party spokesperson George Smith.

Mossop said he's glad the party “got its knuckles rapped” but added for Elections Canada to come down on the Green Party so far after the election is “almost meaningless” because the public is generally skeptical of political polls.

He added the media often prints polls without publishing the margin of error, even though they legally must during elections.

“The industry itself has a long way to go to encourage margin of error publishing,” Mossop said.