Unless the BC Liberals relax certain laws, government lawyers would be off-limits to the provincial ombudsperson if he gets the green light to investigate the 2012 health research firings. 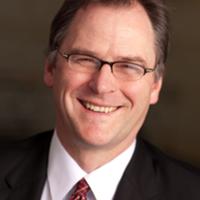 Earlier this month, Health Minister Terry Lake suggested the ombudsperson as a potential investigator into the botched firings, and a legislative committee is currently weighing the idea.

In his July 7 letter to the bipartisan Finance Committee, Ombudsperson Jay Chalke emphasized that "the Ombudsperson is precluded from investigating the conduct of lawyers acting as solicitor or counsel for the government." He may be able to access, under the terms of an agreement between the Ombudsperson and the Justice Ministry, the legal advice given.

In her July 8 response, Attorney General Suzanne Anton downplayed Chalke's concern. "The conduct of lawyers is not in issue in this case," she wrote. "The legal advice provided to government can (subject to waiver of solicitor client privilege) still be considered by the Ombudsperson in relation to appropriate subject matter of investigation."

That wasn't good enough for NDP health critic Judy Darcy, who quizzed Anton for the second day in the legislature about whether she would allow Chalke full access to lawyers in her ministry.

"My question to the Attorney General is very simple: does she believe that the Ombudsperson should be able to investigate the conduct of staff in her ministry, yes or no?" Darcy said in Question Period on July 14.

Anton did not answer the question. She said members of the committee "are perfectly capable of working with the Ombudsperson to figure out the terms of reference so that the Ombudsperson can do his job."

In September 2012, the health ministry announced the firings and suspensions of eight people, and said that the RCMP had been asked to investigate a data breach and contracting irregularities.

The government has since reinstated two of the people who were fired and settled out of court in three wrongful dismissal and defamation lawsuits. One researcher, Roderick MacIsaac, committed suicide a few months after being fired from him co-op position.

The BC Liberals have refused NDP calls for a public inquiry into the matter, saying it would be too costly.

Meanwhile, NDP leader John Horgan used his time in Question Period to accuse Lake of being unable to "conjure up a molecule of empathy" for the eight fired workers targeted by "a witch-hunt and scapegoating by senior officials and government officials."

In the House, Lake defended some of the reasons behind the firings by citing the Information and Privacy Commissioner's findings of lax data security in the ministry in her probe of privacy breaches. Elizabeth Denham's June 26, 2013 report blamed "lack of effective governance, management and controls over access to personal health information."

"There were three incidents where data was used inappropriately," Lake said. "In fact, the report did go on to say there were no mechanisms to ensure that researchers were complying with the privacy requirements as stipulated in contracts and written agreements and to ensure that ministry employees were taking appropriate privacy training and following privacy."

Replied Horgan: "I can say with absolute certainty that Ramsay Hamdi, Dave Scott and, most importantly, Rod MacIsaac were not responsible for privacy training and privacy policies for the government of British Columbia."

Senior economist Hamdi and researcher Scott were among those fired in 2012.

"It is absolutely outrageous that the minister can continue to stand and hide behind the fig leaf of investigations that were contrived out of thin air to belittle and demean eight individuals," Horgan said. "And two-and-a-half years after the fact, you continue to deny any level of accountability for this fiasco."

Horgan challenged Lake to correct the original Sept. 6, 2012 news release about the firings, which claimed the RCMP was asked to investigate.

Said Lake: "We have apologized for the overreaching that occurred on the part of public servants in the managing of this affair. But unlike the members opposite, we don't actually… we actually don't condone going back and changing the date or rewriting history on Ministry of Health news releases that were put out at that particular time."